In a scintillating performance at Mary’s Underground, the Zela Margossian Quintet played, in chronological order, all eight compositions from their new album The road, plus a few reminders. A tight, well-rehearsed and very professional quintet, it included, in addition to Margossian on piano, his longtime colleagues Stuart Vandegraaff (saxophones and clarinet), Jacques Emery (double bass), Adem Yilmaz (percussion) and Alexander Inman-Hislop (drums). .

I have a working knowledge of the band’s two albums – including their first, Transition – but their studio work, while very impressive, didn’t prepare me enough for the band’s overwhelming brilliance in live performance.

Consider how well Yilmaz and Inman-Hislop have integrated their game together. These two extraordinary musicians could be a percussionist and a drummer respectively, but it would be more accurate to consider them as two highly qualified percussionists, so important were the subtleties and nuances of their playing. Unusual in what might seem like a fusion band, they showed an excellent sense of dynamics, raising or lowering the volume whenever necessary, creating the tension and release essential to jazz.

In composition Forecast, caught in haste at the start of the set, their exchange of solos drew enthusiastic applause. Together with Emery on double bass, they form a formidable rhythm section, not only underpinning Margossian’s works with splendid groove, but also as entertainers when their solo turns have arrived.

Not that the other two band members, Margossian and Vandegraaff, lacked appreciation. An enviable following of perhaps 70 devoted fans flooded the quintet with warm feelings from the first note. Spread throughout the room, Mary’s Underground looked like a relatively full room.

Margossian, born in Beirut, Lebanon of Armenian descent, came to Australia in 2008. Career milestones have included a stint as a pianist with Sydney’s Sirens Big Band, where she made her mark, and the 2018 album of his quintet. Transition which was rightly celebrated and nominated for an ARIA. The road is further proof of her rare talent as a pianist/composer.

The character of Margossian’s unusual music is remarkable. Astute analyst pianist/composer Chris Cody has pinpointed its core elements: “It fuses the rhythms and harmonies of jazz, and the discipline of classical with the beautiful melodies of Armenian and Middle Eastern folk music.

Margossian has confirmed this herself, admitting that some of her compositions use folk melodies borrowed from Middle Eastern music. This is perhaps the main reason why his compositions sound so melodic and pleasing to the ear. There is nothing abstract about his music but, at the same time, that doesn’t mean it lacks seriousness. In fact, the rhythmic structures of most of his compositions are quite distinctive, even abnormally difficult, blending an odd number of beats into the measure and creating a complexity that keeps discerning listeners spellbound.

The new album’s title track, for example, is built on a recurring pattern of one 4/4 bar, two 3/4 bars, and one 5/8 bar. Having to improvise on such a structure could create rhythmic minefields for some older musicians, but the mostly young musicians of Margossian’s quintet, typical of their generation, crossed without wasting time and seemingly without heed to the world.

This kind of complexity in the music serves a higher purpose for Margossian. In my opinion, it creates a mystique that increases its ability to go over the heads of those hardcore jazz enthusiasts who can easily identify with this type of music and attract a wider audience of fans who might be equivocal to about jazz, but warm with it. the music.

Vandegraaff, an extremely talented saxophonist, is difficult to categorize in terms of jazz. After two albums, I suspect that the character of Margossian’s music largely depends on his mastery of soprano, alto or clarinet. Interestingly, he has a master’s degree in Arabic maqam, the system of melodic modes used in traditional Arabic music. With this pedigree and a distinctive Middle Eastern flavor in his style, he is a major asset as a performer of Margossian music.

Margossian herself is also difficult to categorize. She doesn’t sound like a normal modern jazz pianist in the African-American tradition. Her brilliant technique reflects her training as a classical pianist, and that brilliance explains much of her appeal, especially when enclosed in a beautiful composition that captures a particular emotion. following Forecastwho turned the house upside down and effectively broke the ice thanks to Yilmaz and Inman-Hislop’s tour de force, Margossian played one of his most lyrical compositions, Acknowledgement. At this time, she was flying, and her solo seemed to gather the warm feelings of the hall. From then on, the music seemed to play itself; the rest of the performance was, as Billy Strayhorn might say, still up.

Those who market Margossian, perhaps influenced by the idea that jazz is unpopular, have bent over backwards to categorize his music as something other than jazz – terms such as “ethno-jazz” and “world music” have been applied. These are very misleading. In fact, it is in the illustrious great church of jazz – and jazz only – that Margossian’s music most authentically finds its home. 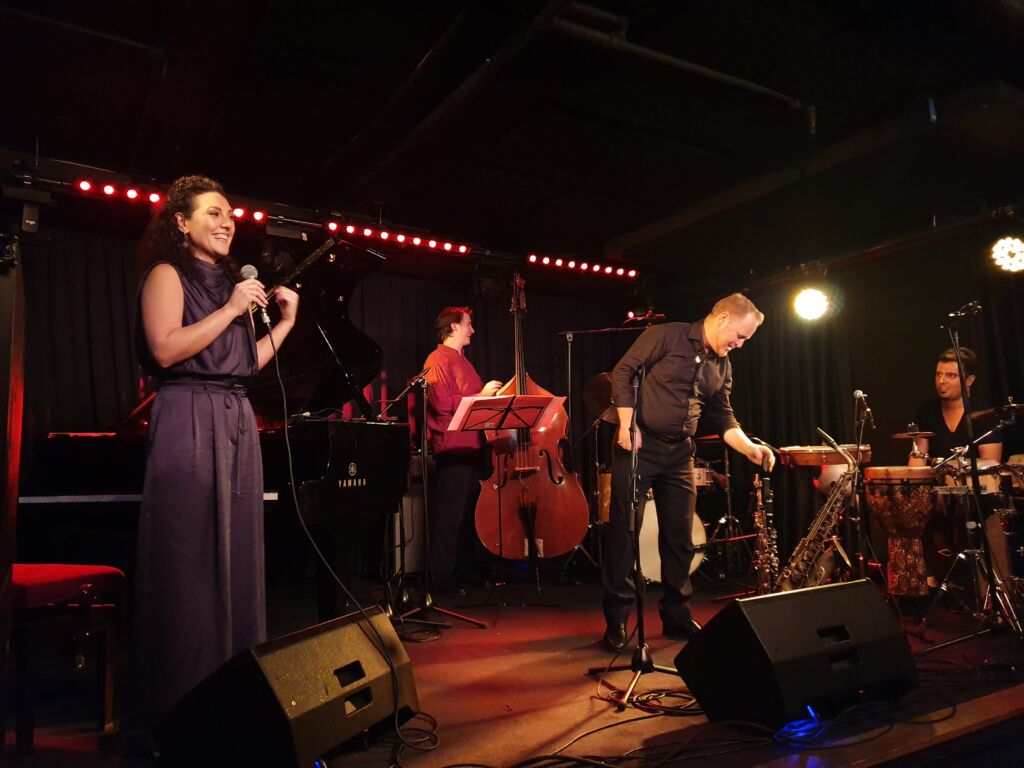 In a solid opening set, Stu Hunter, best known as a composer of large-scale orchestral works, played solo piano for 45 minutes. Like many other composer/pianists – Gil Evans and Duke Ellington come to mind – he sounds as if he rarely performs as a solo pianist. He has a characteristic style of repetitive one-note tricks or riffs in his left hand while his right hand explores fascinating melodic improvisations. His selections of past albums such as the muse and the migrationas well as his famous solo album beautiful thingswere well received, in particular the beautiful piece he dedicated to his companion, entitled Ash.

In a jazz scene where it is not uncommon for musicians in Sydney to be poorly amplified, I can report that where I sat in Mary’s Underground the sound was absolutely superb throughout, thanks to technician Adam Hignett. It’s a delight to be able to clearly hear the playing of such great musicians, and to be able to follow their thoughts, without the distraction of bad sound.