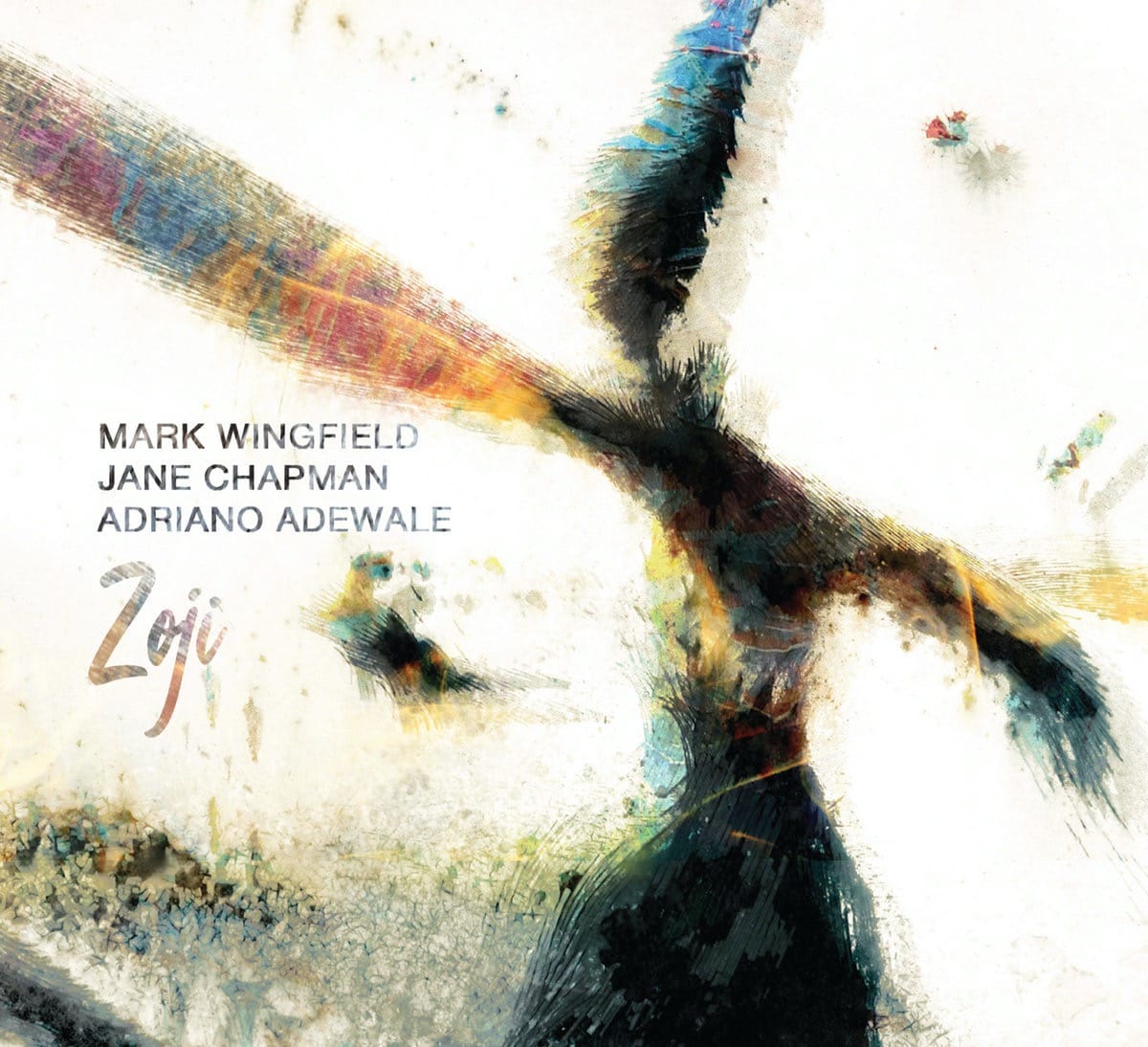 Created by a trio of expert musicians, Zoji essays a complex mix of genres, spanning centuries, and as such is difficult to describe. The bulk of the album was composed by Mark Wingfield, who has performed with a number of established jazz musicians, such as Iain Bellamy and Gary Husband. He was joined by harpsichordist Jane Chapman, a professor at the Royal College of Music, who has performed and recorded hundreds of works, from music from the 17th and 18th centuries to contemporary experimental music.

As the duo began to work on Wingfield’s compositions and create Zoji, they decided to add percussion and were eventually joined by Adriano Adewale, who has composed and arranged music for many art projects, including commissions for the EFG London Jazz Festival and the Bath Music Festival, and is also an accomplished professor, currently at the Sibelius Academy in Helsinki.

Beginning in City Story, the juxtaposition of electric guitar and harpsichord combines two distinct atmospheres, held together by Adewale’s percussion, with the musicians unified as ambient sounds begin to surge beneath the harpsichord. The third track, Persian Snow Leopard, is one such example, as Adewale’s low and almost indistinct voice underlies Wingfield and Chapman’s playing as they weave melodic lines together.

While some pieces use the improvisational skills of musicians, others follow a more clearly composed format. Land On Sky takes a long, complex melody in a wide, resonant space and builds itself as the harpsichord rises and falls in intensity and the percussion moves into the distance. All the pieces were composed by Wingfield except two, Pasquali Dream and Prélude Sinueux, which are by Wingfield and Chapman and taken from 18th century pieces.

Very original and interpreted with great talent, Zoji is an interesting and stimulating album, and succeeds greatly in bringing together musical universes that rarely meet.