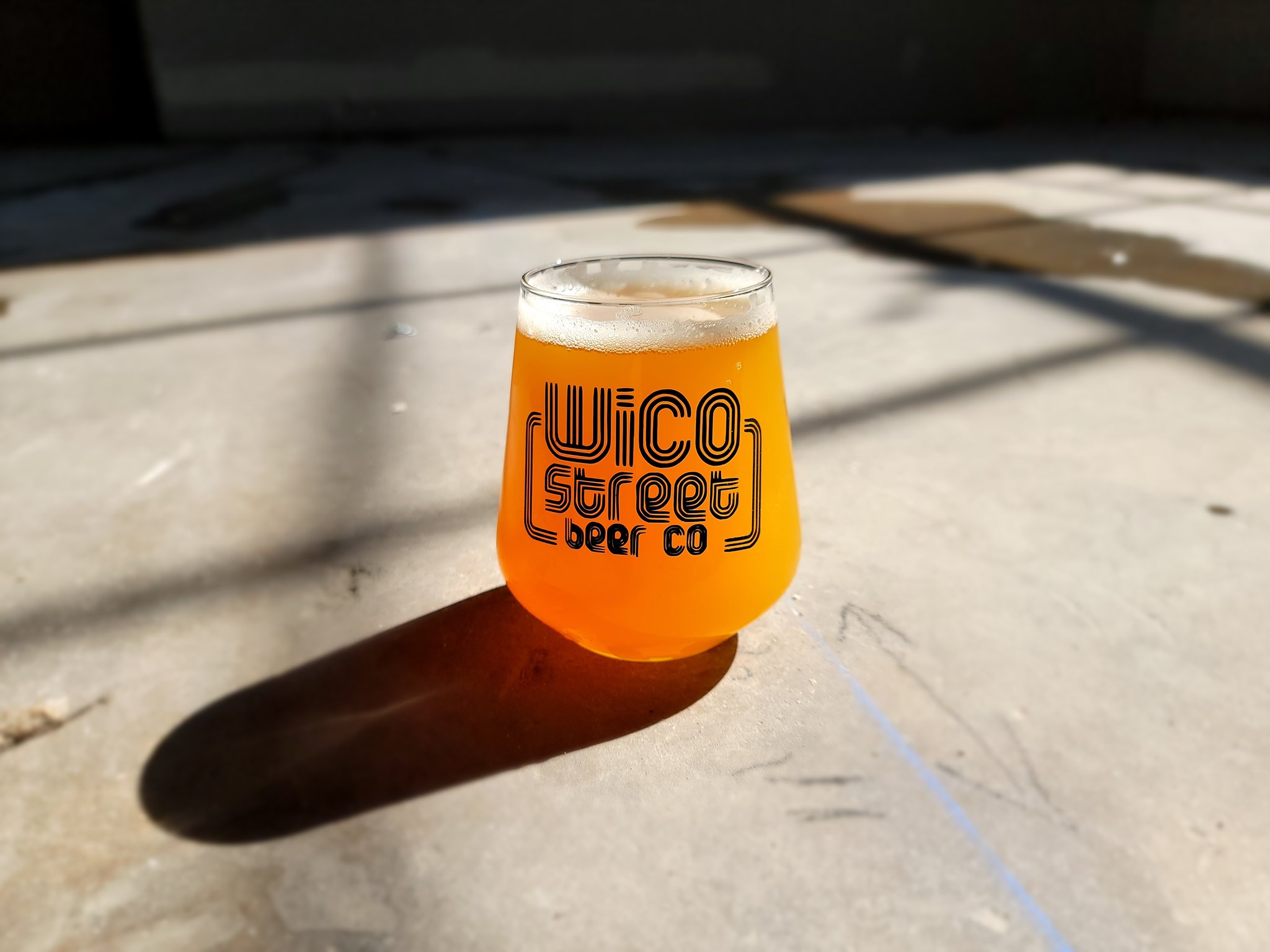 Wico Street Beer Co.: This new brewery from cousins ​​Jordan McGraw and Mike Richardson is currently under construction in the 1100 Wicomico building in Pigtown. McGraw hails from the beer scene – he was head brewer at Hysteria Brewing Company in Columbia for several years and currently works at Oliver Brewing Company – while Richardson complements McGraw’s knowledge of foaming with a background in finance . The two are eager to go on their own. “We’re cousins, we’re three months apart, so we’ve been best friends ever. We’re living the dream,” Richardson says. “I’ve worked in finance since I graduated from college. he worked in the brewing industry and we developed this passion together.

Wico Street Beer Co. will be part of a concept market inside 1100 Wicomico. Besides the communal atmosphere, the cousins ​​were drawn to the space for its proximity to the M&T Bank Stadium and upcoming South Baltimore projects like the Warner Street Entertainment District. As for the beer, you might have seen it around town, as Wico Street launched a handful of releases this year at Max’s Taphouse and Lighthouse Liquors. Their beers will also appear at The Ale House in Columbia on February 17.

Baltimore beer lovers can expect an emphasis on sours, including both Wico Street sour IPAs, factory settings and user settings. “We want to focus on sour beer, spontaneous mixed-culture beer, and aging beer, whether in wine casks or different spirits casks,” says Richardson. “We just want to do something different.”

The brewery’s easy-drinking American lager, Steez, and other IPAs will also be featured. Wico Street is aiming for a late spring/early summer opening.

Sweetgreen: The fast-growing salad chain is adding a new location in the Baltimore area to join its only current outpost in Harbor East. The new Sweetgreen will be located in Towson in the Circle East mixed-use development, where it will be joined by other restaurant chains like Shake Shack and On the Border Mexican Grill. Stay tuned for more details.

Unity Bar & Restaurant: A new concept took over the former Trinacria Mount Vernon space at 111 W. Center St. Chef Justin Holloman took over the reins last fall — after Trinacria was looking to sell — and gradually transformed the decor and menu into Unity Bar & Restaurant. Holloman describes the new restaurant as “a place where anyone can come, that isn’t too snobbish or uptight.” Menu highlights include lamb chops, jerk chicken, and a sweet and spicy shrimp appetizer. Guests can also sip cocktails like Mai Tais and frosé. Holloman also offers designated theme nights, such as Taco Tuesdays, Pasta Night on Wednesdays, and Chef’s Specials on Fridays.

“A lot of people who frequented Trinacria were families, students, people who lived above the building and in the seniors’ building not far away,” says Holloman. “It was a family type place and we wanted it to stay the same.”

Holloman says a particularly popular time for the new restaurant has been Sunday brunch, when it serves fried chicken and waffles (“I had to buy two more waffle irons,” he quips), shrimp and oatmeal with tomato sauce, crab benedicts, lamb and eggs, and vanilla bean French toast. “We want to bridge the gap between all walks of life,” says Holloman. “People can come and be unified. That was the whole point of calling it Unity.

And stay tuned for more updates on Holloman’s other project, The Rooftop Garden Restaurant & Lounge, set to open downtown this year.

Downbar at The Brewers Art: He is back! The basement bar at The Brewer’s Art is open again after a two-year (or “697 day”) hiatus due to the pandemic. Baltimore beer lovers will once again be able to enjoy a pint of Resurrection at the Rathskeller. The Brewer’s Art also recently announced new hours. The kitchen will be open until 10 p.m. every night, while the upstairs bar will be open until 11 p.m. and the downstairs bar will operate until “at least” 12 a.m.

“Being a black chef who cooks French food, I wanted to raise awareness about black culture in France, people like [entertainer and civil rights activist] Josephine Baker,” Riley recently told the Baltimore Business Journal. “These people who at the time weren’t necessarily accepted in the United States, so they went to Paris and thrived.”

If you’re hoping to check out LōCal — or the aforementioned Unity Bar & Restaurant — next week’s Black-Owned Restaurant Tour, held in conjunction with the CIAA Men’s and Women’s Basketball Tournament in town, is the perfect time. to take your dose.

Bagel Works Hunt Valley launches food truck: Look for these New York-style water bagels from Bagel Works Hunt Valley at a school, workplace, or hospital near you. The bagel shop now takes its wares on wheels with a food truck. The operation comes from Samantha Blumberg and her partner Tim Giancola, who have owned the brick and mortar Bagel Works Hunt Valley on York Road for 25 years. If you spot the truck or want to reserve it, menu items can include bagel sandwiches for breakfast and lunch, as well as the classic bagel with schmear. Follow the truck on Instagram @bagelworkshv for updates.

Two additional vendors on board to join the new Lexington Marketplace: The list of vendors for the renewed Lexington Market continues to grow. This week, the public market announced two other tenants: Les Saisons Mont-Royal and Royal Deli. The first, located in Remington, sells sustainably produced body and home products such as soaps, lotions, shampoo bars, bath products, candles and scrubs. The latter, Royal Deli, has been a staple of the Lexington Market for 21 years, offering sandwiches, salads and fresh fruit, and will continue to operate its stand in the reimagined space. The transition will allow owner Ana Alvarado, an immigrant to the United States from El Salvador, to bring her two daughters into the business as well. Mount Royal Soaps and Royal Deli join 22 other previously announced Lexington Market vendors, including Black Acres Roastery, Ovenbird Bakery and Taharka Brothers Ice Cream.

24/02: De Kleine Duivel launches the series of lectures “The Loves of Plants”
Owners of Hampden’s Bluebird Cocktail Room and De Kleine Duivel, located in the same building on Hickory Avenue, are launching a new speaker series, “The Loves of the Plants”, which will focus on drinks, in line with the commitment of the two establishments to local sourced drinks. The first, scheduled for Thursday February 24 at De Kleine Duivel, will feature Peter Elmore, head farmer at Star Bright Farm in Whitehall, who grows aromatic and medicinal herbs such as lavender, chamomile, calendula and lemon thyme . Elmore will sit down with Bluebird/De Kleine Duviel co-owner Paul Benkert to discuss innovative ways to use organic herbs as a home cook, bartender or catering professional. Tickets are $95 and include event admission, two cocktails featuring Star Bright hydrosols, heavy appetizers, and recipe cards.

Jazz + Soju: This Korean-influenced restaurant Locust Point announced last week that it had closed shop. The restaurant, which was located on the ground floor of the Anthem House apartment complex, had its last service on February 5. “Thank you so much for many wonderful years of shared meals, good music and good times,” the restaurant wrote. on Facebook. “We will miss you as much as you will miss our wings.”

For our part, we can’t think of a more fitting goodbye. As our editor Jane Marion wrote in her 2018 review of Twice-Fried Chicken Wings: “What really makes this a dish to die for is how the incredible juiciness of the meat pairs with the crunch of the skin, which is fried in soybean oil to dissipate the fat. Sigh. Thanks for the memories, Jazz + Soju.

In memory of Badal Roy, pioneer of Indian jazz fusion

Can you get a payday loan with a credit score of 550?