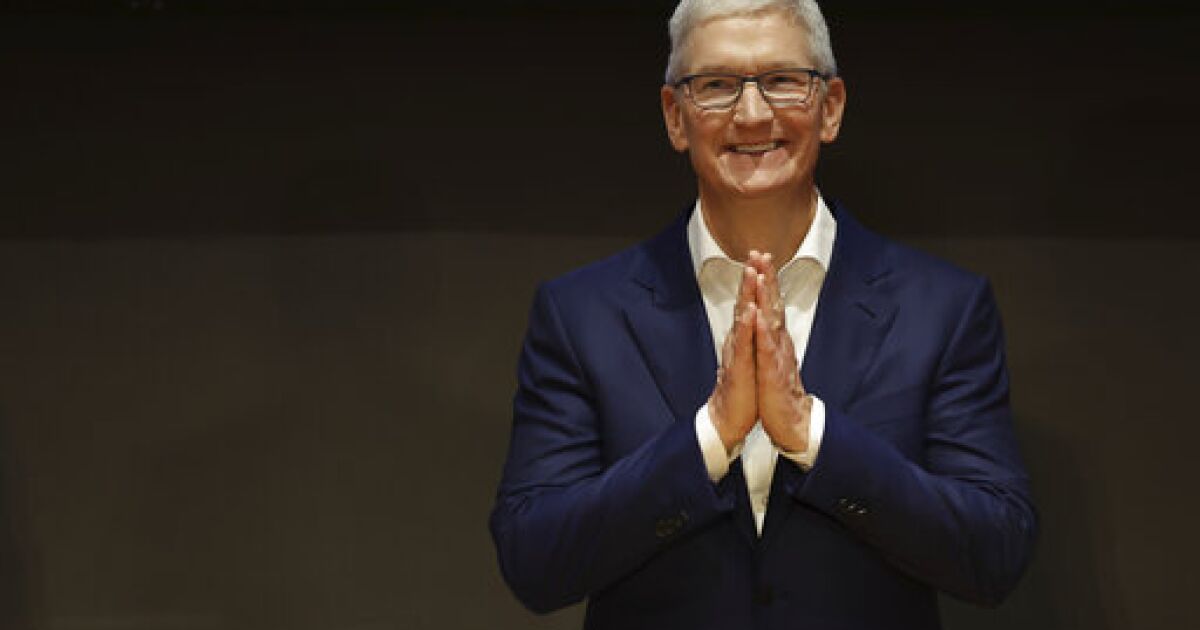 The team’s long-used hashtag – #TakeNote – was used by Apple CEO Tim Cook in a tweet Tuesday, accompanied by an Apple logo emoji. This raises questions about how the phrase will be used in the team’s marketing plans going forward.

“It was weird. I saw it when y’all did it,” Jazz owner Ryan Smith said at a hashtag-free Salt Lake City press conference on Tuesday. have to look into it.”

Cook and Smith are friends; Cook even sat on the court with Smith for at least one jazz game.

Apple Inc. unveiled the latest innovations with its iPad and Apple TV products on Tuesday, and Cook’s morning tweet with the hashtag and a short video that also used the phrase “Take Note” was essentially the kickoff to announcements from his company.

The Jazz have “#TakeNote” on multiple screens in their arena, and they’ve used it on merchandise. The team started using the hashtag in 2016, moved away from it briefly, and started using it again in 2019.

And just last week, the Jazz announced a partnership with Utah-based company Chatbooks – including a promotion where Chatbooks would “post a collage of social media photos of fans” on the video boards hanging overhead. above center court.

The plan was to tell fans to post photos on social media with the hashtag #TakeNote to be considered for these collages.