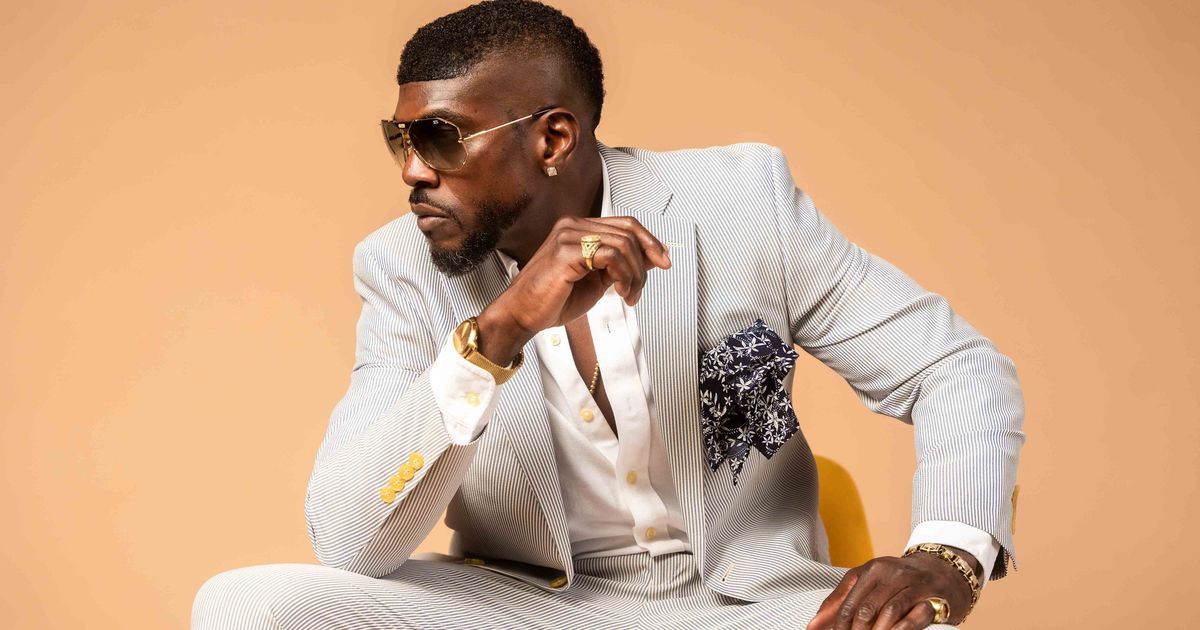 On “Legacy”, Hightower expresses his devotion to his mother in “All For The Good” and “Here’s To Life”, which was one of his favorite songs. He sang it at his life celebration and then thought he should record it one day.

His singing career began long before his first professional appearance. “Mom was a feisty, versatile vocal pro at 16 and had me when she was 19,” he says. “One night she was singing Aretha Franklin’s ‘Spirit in the Dark’, a song with a gospel edge to it, and towards the end she started jumping around. People looked nervous and said, ‘Oh my god , she’s going to have this baby right there on stage.” So I guess you could say I’ve been playing from the womb.

By the time Hightower was 7, Theresa’s career was booming, which made Hightower himself a celebrity among his childhood friends, especially when his mother set aside time to perform just for them. “She came to sing at my elementary school and we did ‘Ease on Down the Road’ together,” he says. “And she performed at our high school graduation.”

Tony Hightower’s intention with his album “Legacy” was to honor the history of jazz, but also to push the boundaries.

Tony Hightower’s intention with his album “Legacy” was to honor the history of jazz, but also to push the boundaries.

As the son of one of the city’s most recognized and respected singers, Hightower grew up among Atlanta’s top musicians. “I must have imbibed more than I thought at a very young age,” he says.

Hightower’s first professional gig was at age 14 as a drummer in the live band for a theater production, “Queen of the Blues: The Dinah Washington Story”, in which Theresa Hightower played the lead role. . Later, he played drums for Atlanta-based jazz singer-pianist Freddy Cole, and often for his mother, who always pushed him into singing.

“For a while she had a residency in Canada,” says Hightower. “At that time, I was 12 years old and she would take me with her to open her show singing “Girlfriend” by Bobby Brown. She would show me, prepare me, help me learn and improve.

But it wasn’t until high school, the Northside School of the Performing Arts, that Hightower focused on singing. He and three classmates performing as 4.0 signed a recording contract just two weeks after graduation.

“We had a great race,” he said. But when they lost their recording contract and he moved back to Atlanta, he also returned to drumming. “I was a little unhappy with the industry,” he said, until he met friend and pianist John Beal in 1998, which led to two extended club gigs, more than seven years each at two different suburban clubs.

Hightower was steeped in R&B, but now, as a soloist, he has become drawn to jazz’s characteristic freedom of expression. “I didn’t want to sing R&B anymore; I felt bound by that,” he says. “So I spoke to Mr. Cole and Carl Anthony (Atlanta’s late-night jazz voice as host of WCLK-FM’s Serenade To The City).”

They agreed, Hightower was for jazz and jazz was for Hightower.

He admired most of the big names, like Nat King Cole and Frank Sinatra, and wanted to do “something with those more traditional tones”. Additionally, at the insistence of Nat’s brother, Freddy Cole, he began writing his own songs, including “Kiss Me Baby” and “All Belong to You” for his debut CD in 2014. Hightower said the songs sounded so authentic that some local jazz musicians would scour their “fake” jazz books for lead sheets. “My hope was to create a new kind of standard.”

Hence the title of the CD, ‘The New Standard’, of which Carl Anthony (see two charts above) said: “It was evident that it had the clarity to hear the touch needed to breathe new life into every song. »

With “Legacy”, which is already widely broadcast on SiriusXM’s Real Jazz and internationally on Jazz FM from London, Hightower has not only broken free from the restrictions of R&B, but also more traditional approaches to jazz. “Legacy” is a game of freedom, a completely original mixture of melody and vocal pyrotechnics.

“On the first album, I did less on purpose,” says Hightower. “I wanted people to know that I respected the music, I wanted respect from the musicians for an authentic take, my take but authentic. This disc contains some additional vocal acrobatics, but hoping to remain faithful to what jazz is.

If you want to play jazz, just play jazz. So goes the jazz musician mantra that suggests just how difficult this musical genre is and the level of dedication required to learn how to play it well. It is an inspiration to Hightower as he enters a new phase in his career.

“I feel comfortable and I see what works, I try to push my limits,” he says. “I wanted to challenge myself to keep growing. And I had to prove myself, because what I did there doesn’t matter here.

This challenge motivates him now, to the point that he started studying the piano. “I have a good ear, I can articulate what I hear to other musicians, I can sing the notes, but I couldn’t tell you how to express a chord differently, how to build the chord,” says Hightower. “As I play more, I’ll start to hear more complex things, I’ll have more knowledge. I’m glad people like what I’m doing now, but I’m praying to do huge things. I feel like grow and I love having so much room to grow.

Hightower takes what came first from his mother and leans on it. As such, “Legacy” lives up to its title, both a reflection on Hightower’s past and a prediction of its future.

ArtsATL (www.artsatl.org), is a non-profit organization that plays a vital role in educating and informing the public about the arts and culture of the metro Atlanta area. Founded in 2009, ArtsATL’s goal is to help build a sustainable arts community contributing to the economic and cultural health of the city.

If you have any questions about this or other partnerships, please contact Senior Director of Partnerships Nicole Williams at [email protected].