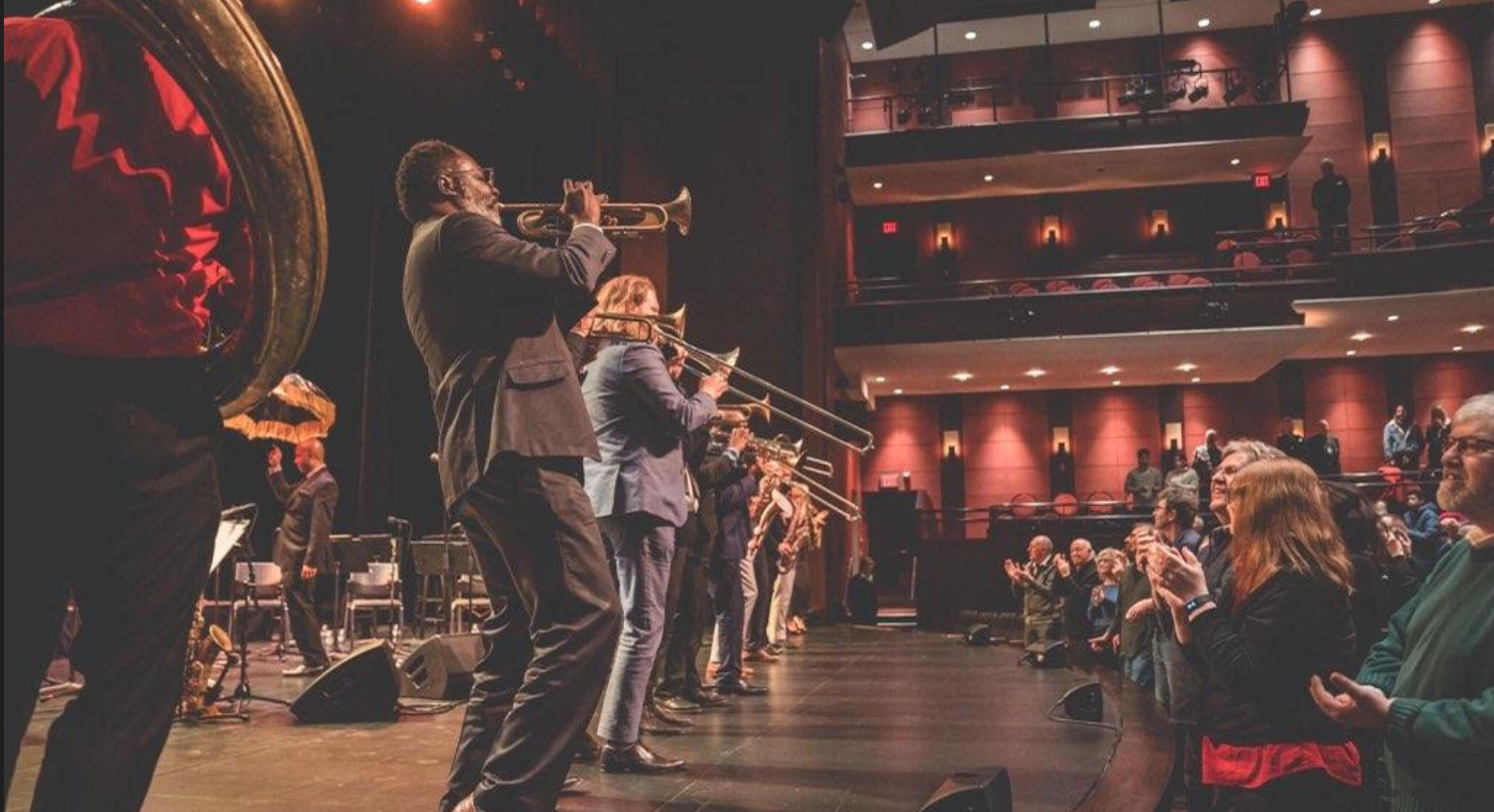 NOJO has established itself in the jazz world, taking the sonic power and stylistic versatility of a big band and adding a New Orleans accent to the groove. Under the direction of Rose, the group presents its range more than ever.

“Having NOJO as the opening show at the Heymann Center is exciting,” says Jackie Lyle, executive director of Performing Arts Serving Acadiana (PASA). “We are also anticipating several other activities with NOJO. In the coming weeks, a quartet of NOJO musicians will return and work with students from the University of Louisiana at Lafayette, with high school jazz musicians in the area and they will also give two pop-up concerts on the mobile stage of PASA.

Toussaint has traveled the musical landscape as an arranger, record producer, composer and performer. From his Saint Street Studio, which was lost to Hurricane Katrina, he produced some of the most popular music of the twentieth century. Many musicians have recorded Toussaint’s bestselling compositions, including “Whipped Cream”, “Java”, “Mother-in-Law”, “I Like It Like That”, “Fortune Teller”, “Ride Your Pony”, ” Get Out of My Life, Woman “,” Work in the Coal Mine “and” Southern Nights “. He has produced hundreds of recordings, including “Right Place, Wrong Time” by longtime friend Dr John and “Lady Marmalade” by Labelle.

PASA’s lineup continues with Scott Bradlee’s Postmodern Jukebox (PMJ), the time-tested musical collective known for putting “pop music in a time machine” on December 1st. The drama vibrating with captivating energy and emotion Dark Angels on Tuskegee arrives in Lafayette for a performance on January 20, 2022.

Links to tickets for PASA’s presentation of the New Orleans Jazz Orchestra, including the popular four-pack priced at $ 100, are available at pasaonline.org. Tickets are also available at the Heymann Performing Arts Center box office (337) 291-555 and other TicketMaster outlets, as well as by telephone on the 24-hour TicketMaster hotline (337) 262-7597.