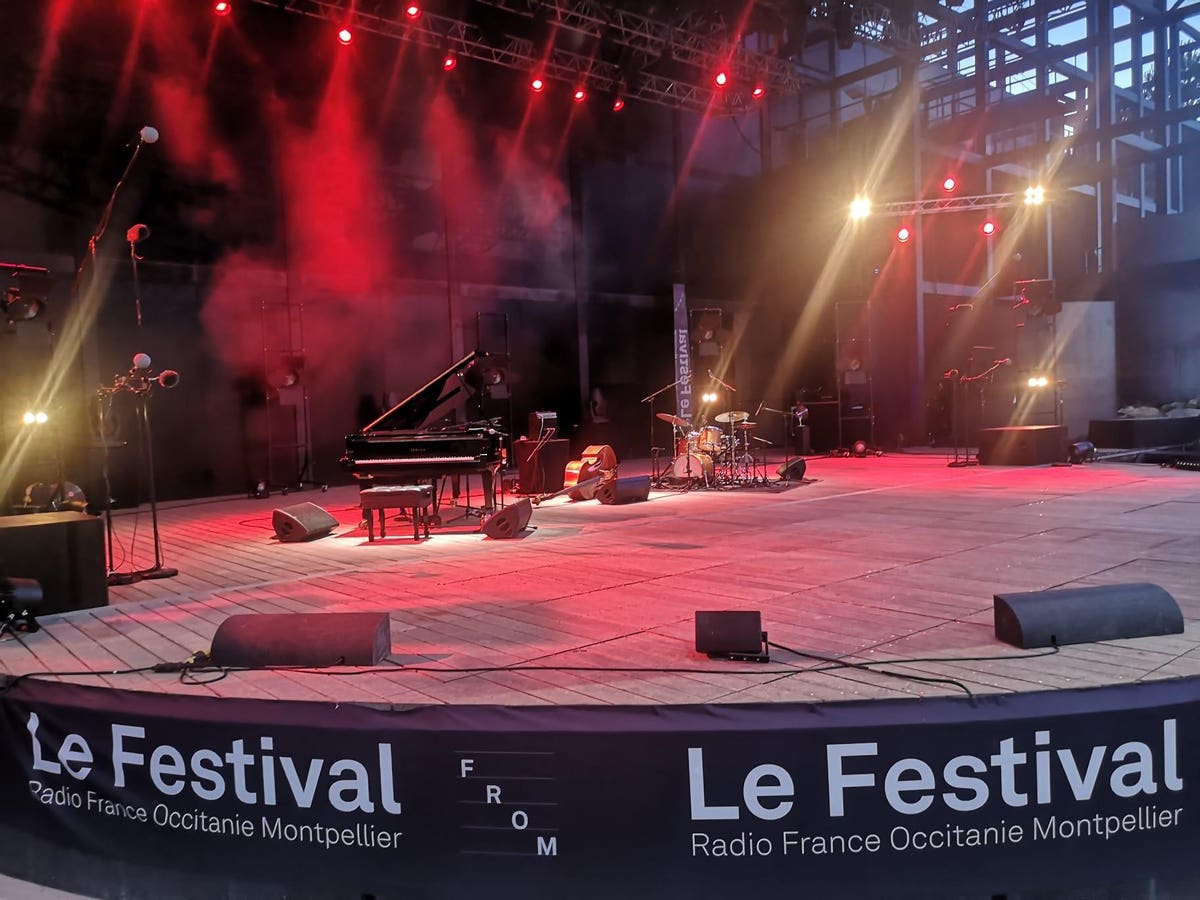 Every July since 1985, a French music festival showcases top international talent with hundreds of mostly free classical music, opera, jazz and DJ concerts. This year’s edition of the Festival Radio France Occitanie Montpellier brought together 707 artists, including six orchestras and four choirs. And the festival hosted the important Eurovision Young Musicians competition, for the very first time in France. Despite gramophoneThe praise for this year’s festival as “the jewel in the crown of Radio France” remains relatively unknown in the English-speaking world. It is one of the most brilliant musical experiences and deserves to be much better known than outside the south of France.

A classic July highlight included a concert in a gallery at the Musée Fabre, surrounded by 18th-century paintings. Under the direction of Ophélie Gaillard on cello, the brilliant Ensemble Pulcinella performed Handel, Vivaldi and a “curious collection of Scottish airs” by James Oswald, with Pablo Valetti and Nicolas Mazzoleni (violins), Clotilde Guyon (bass) and Paolo Zanzu (harpsichord).

The festival prides itself on introducing new talents during its Discovery lunchtime concerts at the Corum concert hall. The sparkling duo composed of Violaine Despeyroux on the viola and Olga Kirpicheva on the piano interpreted with great sensitivity pieces by Schumann, the British composer York Bowen and a modern work by the modern Franco-Ukrainian composer Dimitri Tchesnokov.

Favoring emerging talents, it was fitting that the Festival host for the first time in France the final of the Eurovision Young Musicians competition. The Classical Music Competition, held every two years since 1982, provides the widest possible stage for talented young classical musicians to help them embark on an international career. The first Eurovision Young Musicians was held in Manchester. Since then it has been held six times in Vienna, twice in Cologne and Switzerland (Geneva, Lucerne) and once in Copenhagen, Amsterdam, Brussels, Warsaw, Lisbon, Bergen and Berlin. The eleven musicians of the 40th anniversary edition of the Eurovision Jeunes Musiciens in Montpellier were judged by five professionals from the sector. Violinist Daniel Matejča won for a brilliant interpretation of Shostakovich’s 1st Violin Concerto. He received a cash prize and gave a professional concert. Second place went to German Philipp Schupelius and third place to Norwegian Alma Serafin Kraggrud.

In the glorious St Peter’s Cathedral, The Vocal Elements ensemble paired with Les Ombres orchestra under the direction of Joël Suhubiette to perform a brilliant selection of 17th century English songs and choral pieces by Handel and Purcell.

“Outdoor Jazz” is a special experience at the Amphithéâtre d’Ô, in a pine forest. Two concerts are scheduled each evening during the three weeks of the festival. Billed as a must-see outdoor gig, British jazz pianist Liam Noble did not disappoint. In fact, he skillfully performed an unexpected extra gig when an act was canceled at the last minute. With Tom Herbert on bass and Seb Rochford on drums, Noble performed an eclectic mix of standards, originals and improvisations. This mixture of approaches has always characterized Noble’s music. You can hear the influence of Thelonious Monk and he also creates some unusual assertive electronic sounds.

Tohu Bohu, the electronic music component of the Radio France festival, is masterfully directed by director Pascal Maurin, a seasoned musical promoter who also directs the Résonance Festival in Avignon. Tohu Bohu is built around established artists and DJs from capitals such as London, Paris or Berlin. Since its launch in 2001, Maurin has brought in big names that have wowed the crowd, including Detroit techno pioneer Derrick May, the late Andrew Weatherall, French giant Laurent Garnier and German DJ Ben Klock. This year, British DJ and producer Archie Hamilton brought a spectacular deep house set to thrill the crowd in the grand square outside the town hall. Also on the program this year are fellow Brits Or:la, Breakthrough DJ of the Year and veteran Daniel Avery.