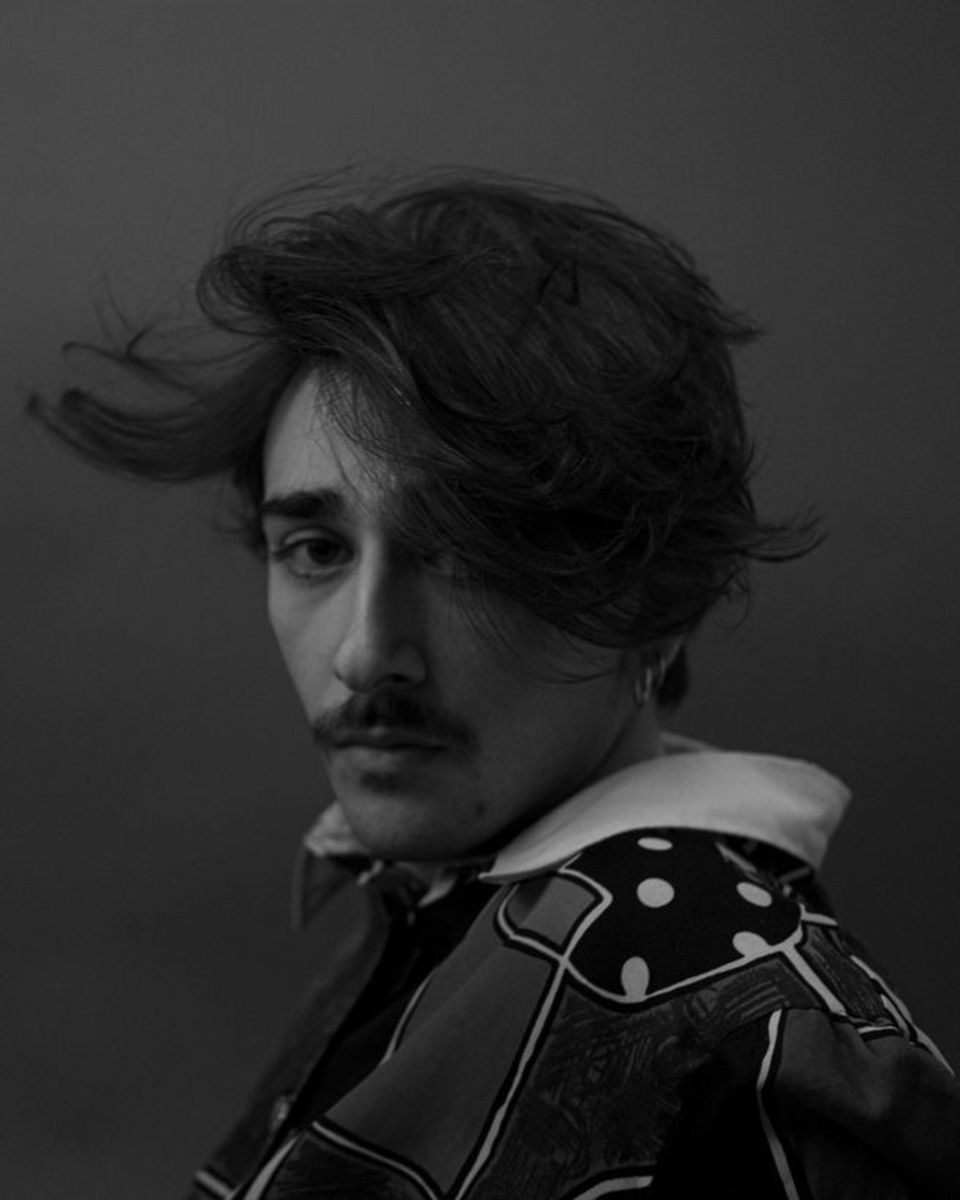 Mattia Prete has been at the heart of Techno Jazz, a new musical movement where free improvisation and jazz instrumentation meet the futuristic and hypnotic mechanics of techno. Prete has worked in this niche as a DJ, live performer and producer, but also as the manager of Jazz-o-Tech, the innovative and well-known label based in Berlin and Milan which is home to many visionary talents to come.

Prete is now exhibiting his unique take on Techno Jazz on a debut EP under his own name for Jazz-o-Tech himself. Three of the avant-garde tracks are collaborations with musicians Prete admires and respects, and one is a remix by Reeko, the Spanish techno producer.

We invited him to break down his latest work for another installment in our Extended Cut series.

How to listen: There are several ways to do this. First, you can listen to the entire album, which you can find below, and then read the notes. Or, read the notes as you listen to each track. This will completely change your perspective on the entire release itself and bring you closer to the artist and their work.

Mattia Prété: East Berlin, at the end of December 2020, I stand in front of the window of my apartment on the 17th floor. Few cars cross the crossroads, the buildings are illuminated and on the horizon rests a large full moon, almost as if to finish a painting, forming a perfect composition.

Like a painter, I decided to recreate the landscape using a computer instead of a canvas and a synthesizer instead of brushes and colors. This is it, I thought, the time has come. “Now I’m going to record something.” So I got to work and after an intense six hour session the beat of “Moon, please don’t go away” was born. An ode to inspiration, to that perfect moment you want, would never end. Then I asked Alberto Fiori to finish the job. Alberto has a deep sense for music and I knew he would be the right fit for it.

Alberto Fiori: One day Mattia called me to ask for a musical intervention on one of the tracks from her new EP. He sent me four different songs, leaving me free to choose which song to play on. At first listen I had no doubt that I would have liked to get my hands on Moon, please don’t go. When I told him, he replied: “I was sure you would have chosen this one, I knew it was more in your style”. But the track was already very solid and complete, I didn’t know what to add. One day I sat down at the piano and while listening to the piece I tried to create a kind of harmony. Then I did something with the harmonica, and within hours I had found something that I was very happy with. I worked on it again the following days trying to find other musical solutions, but in the end, what convinced me the most was the initial idea I had. It seemed to me that it made emotionally good for the work Mattia had done.

2. The Bright Side with Bada-Bada

Mattia Prete: Although in position number 2, “The Bright Side” was the last piece produced to complete this EP, as well as the key to understanding it. I’m a lover of soundtracks and mysterious / psychedelic music, but sometimes I feel the urge to push my limits and find out what’s on the “other side”. So I asked Bada-Bada to collaborate by playing something harmonious and brilliant on one of my 133bpm grooves. The guys understood my intentions straight away.

Behind the project, there was a lot of editing work, especially in the arrangement parts. I tried to give space to all the musical instruments by improving their harmonies and creating different atmospheres. The French trio is an electrifying discovery of electronic music and contemporary jazz, and it has been a great pleasure to collaborate on a production with such creative minds.

Bada-Bada:
When we got the track from Mattia, we challenged ourselves to bring a brighter, happier vibe to the dark techno without affecting the beat. During several exchanges, we tried to build melodies and grooves using only the brass. The song evolved deeply and finally we recorded an acoustic drum kit to create a bridge between the electronics and the percussion proper to connect all the elements together.
From “Bruce Lee” to “The Bright Side”, the evolution of the title speaks volumes. “

Mattia Prété:
Let’s go to the cinema! This track was first released on Various Artists “This is Techno Jazz Vol.1” and was meant to be an ambient track with dark jazz atmospheres. Once the rhythmic creation process was completed, Daniel and Uri Gincel gave a touch of mystery through the sound of the guitar and the piano.

“Burning Man” is not just a track but a real soundtrack with a meaning behind it, but I’ll let Andrea tell you about it:

Andrea Agagiù (director):
The big challenge, any time you have to create a music video for a single, is to serve the “song” the client gives you. But that was not an inconvenience for Burning Man, indeed it was the driving force that sanctioned the collaboration between Mattia Prete and myself. We had a lot of dialogue and opinions about what the burning instinct was (Mattia never leaves anything to chance) until we came to a common vision. Burning Man is an intimate desire, a passion, an impulse … it is an invitation to free oneself from one’s own monsters, even to set them on fire and to seek one’s intimate salvation in the midst of beauty.

Mattia Préte & Daniel Calvi:
Tribal electronic guitars and grooves mixed with a dose of “Sherman”. It is “Stein” from the German word “Stone”, a return to the primitive and the vent through dance.

It was our first time producing music together, but we immediately realized that what we were doing was not just a jam but a track we could release.
After several recording sessions, we finally found the missing key (acoustic guitar) which stretches the song and totally changes the emotional level of the song.

Reeko: The whole song was made up of very interesting pieces to use, the idea was to give the song a definitive twist. I ended up choosing to use the bass / synth part as the main sequence, it hid a lot of cool options to play with and turned the song into something else.

Grab your copy of the EP here.