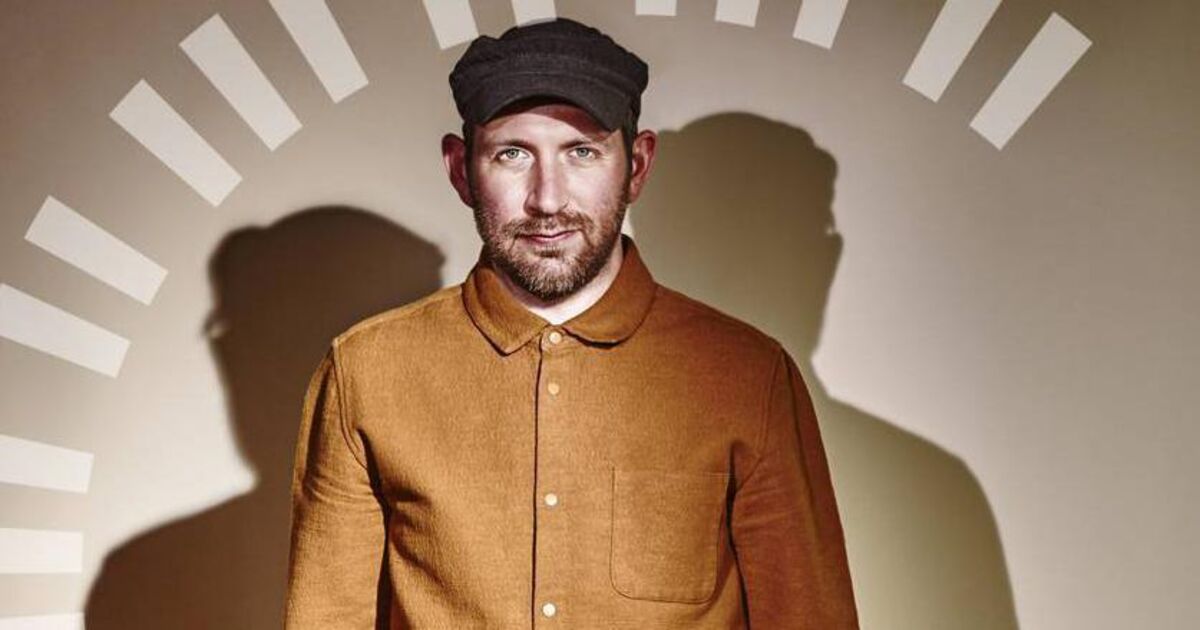 If there’s one thing a transcendental meditation education prepares you for, it’s global lockdown.

“It was one of those weird things: it was incredibly peaceful. Everyone got a bit of mindfulness,” says Matthew Halsall, trumpeter, arranger, bandleader and founder of Manchester-based jazz label Gondwana Records. “We had to go walking for half an hour every day. I had to check out every green space within a three mile radius of my house.

Halsall was introduced to mediation at the age of 14, when he embarked on a mindfulness-based education at Maharishi Free School in West Lancashire. The disciplines he learned there were very useful to him: as an individual but also as a jazz musician.

“Spiritual” jazz is a term often used to describe Halsall’s distinctive sound. It sounds slightly joyful, but actually refers to the aura of silent wonder and soul that pervades his music. And that’s certainly an apt description for his new record, Salute to the Sun, which he’s bringing to the Everyman Theater as part of the Guinness Cork Jazz Festival on Friday, October 22.

Channeling an appreciation for the natural world, Salute to the Sun takes the listener on an almost improvised odyssey through the wide open spaces of the mind. And that’s partly informed by what he learned while studying meditation as a teenager.

“At school, you did your lessons. And you did meditation,” Halsall (38). “That’s where the title of the album, Salute to the Sun, comes from. We were doing yoga in the morning. It was a really good way to start the day.

It was around the same time that he discovered jazz pushing the boundaries of Alice Coltrane. Coltrane, who was married to jazz icon John Coltrane, incorporated Eastern spiritualism and early electronic effects into the records she recorded in the 60s and 70s. And that same sense of wonder at the immensity of the universe runs through Halsall’s music.

That doesn’t mean he has two feet in the past though. Hailing from Wigan and based in Manchester, Halsall grew up steeped in the musical subcultures of northern England. Manchester’s is one of the UK‘s richest sonic legacies: it was the ground zero of clubbing culture via the Hacienda nightclub, and gave the world the Stone Roses, Joy Division and others.

“When I was growing up, there was a huge boom in DJ culture,” he says. “Clubs like the Hacienda. And later Mr Scruff’s Keep It Unreal. A lot of people dig into different genres and put them into DJ sets. I’m not only influenced by the 60s and spiritual jazz. It’s also influenced by more contemporary stuff – sampling and looping, the whole DJ culture.

Attending one of Mr. Scruff’s legendary six-hour DJ sets as a teenager was especially significant, he says. “My buddy brought his parents over. He said, ‘you have to come, it’s going to blow your mind’. Mr. Scruff introduced me [John Coltrane sideman] Pharoah Sanders, which led to Alice Coltrane. I’m a huge fan of this side of Manchester music. And then you have people like [house legends] 808 State – they’re all into jazz even though they make crazy music. 808 State’s Graham Massey could talk about jazz for three hours straight.

Jazz audiences have grown in recent years. That’s partly thanks to streaming services making it easier for music fans to explore new genres.

“It’s nice to see the younger generations connecting with jazz. They come from hip hop and DJ culture, where jazz has been sampled for many years. And now they say to themselves: “Let’s forget the samples and listen to real live jazz again”. A lot of producers, either they’re tired of sampling old records and getting paid for copyright, or they’ve started working with live musicians.

He cites as an example Kendrick Lamar and his collaborator saxophonist Kamasi Washington. “All of this made people think that jazz is much cooler. I always thought it was cool, of course, so that didn’t change my mind.

While the lockdown was an opportunity to pause and reflect, there was obviously a terrible downside in terms of economic damage and lost lives. But, assuming the government’s reopening plans stay on schedule, Halsall is delighted to finally bring Salute to the Sun on the road and to Cork.

” I can not wait to be there. I have never been to Cork. My girlfriend is from Tyrone. I’ve been up North, Galway, Dublin. Never cork, though. I’m a big fan though. I really like the TV there, stuff like Young Offenders. So I can’t wait.

Other highlights from the Guinness Cork Jazz Festival weekend

The language of jazz Cork City

A presentation to help all beginner and intermediate level musicians in their interpretation of jazz music, through the use of language. Presented by Dr Ian Darrington MBE

The Cork-based singer presents Volume 2 of a show centered on the history of black music in America, from classical spirituals and gospel to jazz and soul. Run all weekend.

Veteran singer-songwriters team up to perform their collaborative album ‘In the Game’ live, after supporting Phoebe Bridgers on her recent US tour.

Two stalwarts of Cork’s jazz community come together to perform a mix of standards and original compositions.

Matthew Halsall and his band

The Manchester jazz trumpeter and bandleader brings the full package through compositions from the tropically inspired 2020 album ‘Salute to the Sun’.

A selection of light and popular music, performed by the award-winning Blarney Concert Band as part of the Big Fringe lineup – also featuring live big band jazz at Emmet Place for free throughout the afternoon.

Choice Cuts founder Mark Murphy, bandleader Max Zaska and the Hypnotic Brass Ensemble come together to explore the sound of contemporary jazz. Also occurring on Sundays at the same time and place.

Cork folk-rockers hold the ground at Barrack Street bar, formerly known as An Réalt Dearg and the Gateway.

Belfast agitators Móglaí Bap, Mo Chara and DJ Próvaí are back to destroy heads and stage equipment after pre-Covid Cork dates were cancelled.

Cork’s veteran DJ and Radio Otherway boss join the Dim the Lights team in picking the tunes at the South Mall bar and restaurant all evening.

The iconic jazz pianist, hailed by critics as a “silent giant”, performs a one-of-a-kind solo show at The Triskel, taken from the new solo album “John”.

The Dublin-based DJ and 2FM presenter returns to her spot on Jazz Weekend’s late-night crew, serving up dance classics, floor-fillers and hidden gems.

A Sunday morning for the pop-rock chorus merchants after their evening show which quickly sold out.

The HBE summons jazz lovers to Sunday service with a set of ancient spirituals in the afternoon at the Northside Temple of Sound.

The pharaoh of Irish hip-hop hits the boards of St. Luke’s to help MåsExödus with a last-minute cover.

Pontius Pilate and the Nailers

Amidst all the jazz, a chance to hop on the train to Skaville with Leeside’s resident two-tone heroes.

The opportunity to hear in concert the highly anticipated and critically acclaimed album “Dreamlife of Debris” from the man from ECM Records.

The singer-songwriter and producer heads to the Everyman to perform tracks from the major label’s debut album, “Grapefruit Season.”

Galway soulman and his full band meet in the Douglas Street back room for a Sunday show.

Another super-server of crowds and floor-fillers from 2FM’s resident dance encyclopedia.

The Waterford fans (and their Boxhead) bring their festival-tested live show back to the Opera House stage – testing the audience’s ability to stay seated!

Live jazz to cure what afflicts you after the Sunday evening festivities.

The former Walking on Cars man has been opening his solo account lately, reflecting on life before lockdown and the nature of change with debut EP ‘The Art of Disappearing’.

The ’90s hip-hop icon makes his Cork Jazz Weekend debut, exploring his catalog with the help of a big band from the ranks of the Hypnotic Brass Ensemble.

Jazz is in season for Frankie Valli