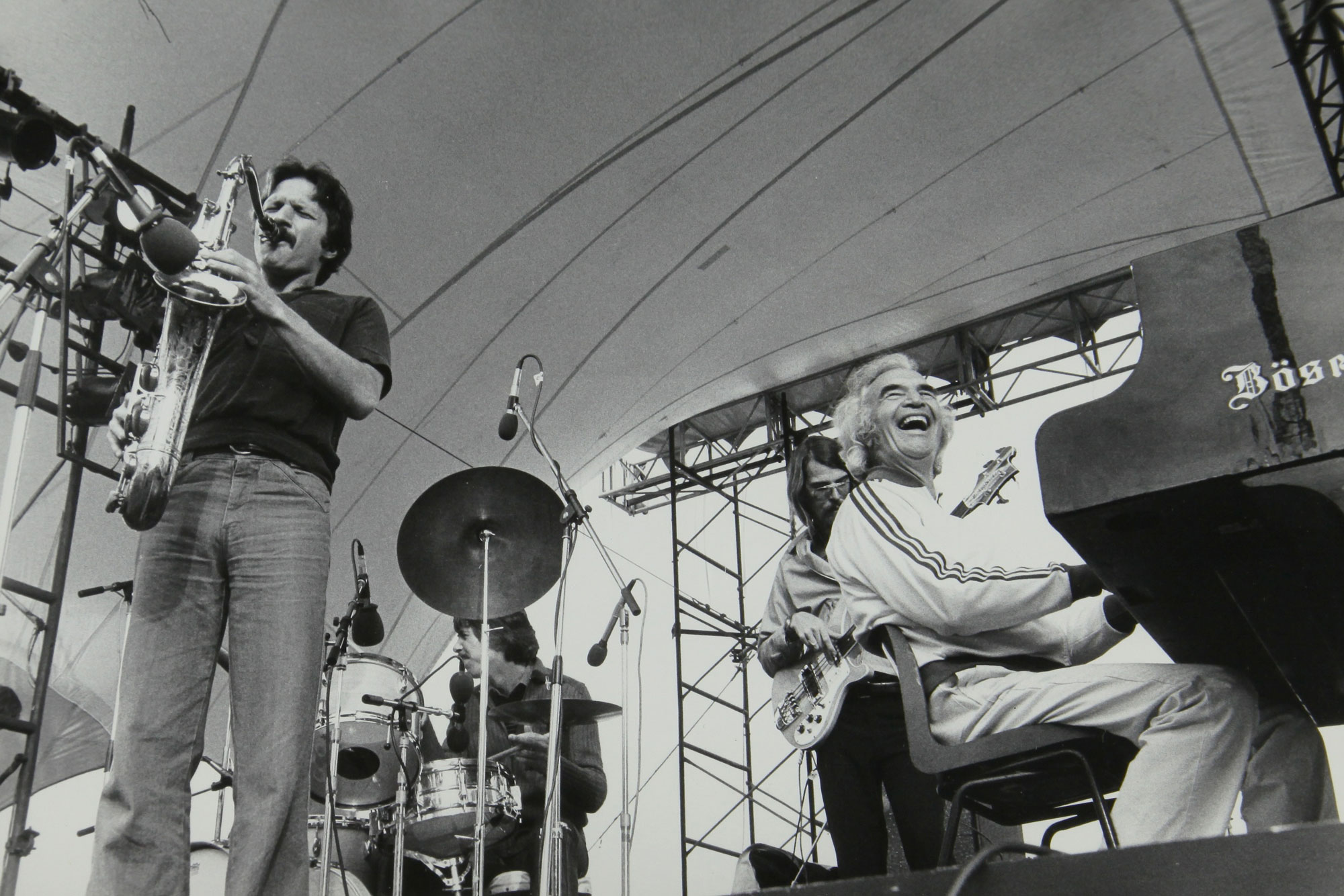 The Brubecks, jazz and the fight for justice

The Brubeck family of musicians has a long history in South Africa. They supported the cultural boycott during apartheid and started the jazz program at the University of KwaZulu-Natal.

This story was first published in New frame.

Shortly after the 1976 Soweto student riots, almost 45 years ago, legendary jazz composer, pianist, conductor and human rights activist Dave Brubeck toured South Africa . The links between the Brubecks and South Africa would bond and – mainly through education – would contribute immensely to the development of education and innovation in South African jazz.

Brubeck, who died aged 92 in 2012, was inducted into the American Classical Music Hall of Fame in 2003. The New Brubeck Quartet included Dave and his son musicians Darius on piano, Dan on drums and Chris on the electric fretless bass. Venturing into dangerous territory in light of the tense political situation in South Africa at the time, Brubeck appeared to be making a deliberate political statement. Given apartheid’s restrictions on racial integration at the time, he insisted that his group only perform in places where blacks and whites were allowed.

Philip Tabane Malombo’s band was the opening act and in Brubeck’s band featured, among others, promising bassist Victor Ntoni. Retired jazz pianist and scholar Darius Brubeck and his wife and South African band director Cathy sneer when they remember how the idea for the South Africa tour came about.

â€œWe had a contract signed by an agent in New York,â€ Darius recalls. â€œAnd he hadn’t really consulted with anyone about it. As an agent, he did have the authority to sign on our behalf. We were actually in California when this happened. My dad, Dave, was someone who was awareâ€¦ By this time, we had met Cathy. We walked out with a phrase of saying, ‘Take the tour. However, we will not have separate audiences. Because my brother Chris plays both electric bass and trombone, we wanted a local bass player. This is how we met Bra Vic.

The relationship between the Brubecks and the Ntoni would be lasting.

In her book, Soweto Blues: Jazz, Popular Music, and Politics in South Africa, jazz historian Gwen Ansell says Ntoni was fortunate enough to perform with the Brubecks after the South African government refused the black bass player. from Dave Brubeck, Eugene Wright, a visa to come to the country. At the time, Ntoni had just returned from London and the United States, where he had performed in the South African musical Meropa.

South African photographer Ronnie Kweyi’s black and white image of Dave Brubeck and Ntoni side by side at the Alhambra in Johannesburg vividly captures this tremendous moment in jazz history. The iconic image is part of the Brubeck Collection Medley at the University of the Pacific at San Francisco in the United States.

Cathy says that although the tour may have been controversial amid the cultural boycott against apartheid in South Africa, there were different approaches on how to implement it. The Brubeck tour took place four years before the United Nations passed a landmark resolution for a cultural boycott of the country.

They felt it was important to come to South Africa, she said, to draw attention to the oppression and racism they vehemently opposed. â€œWe were sending a message of multiracialism. The ANC and the PAC [Pan Africanist Congress] people, certainly outside the country, were already starting to think, we have to start infiltrating the institutions.

Brubeck’s conscience has always been oriented towards justice, both abroad and at home. In October 1969, more than a year after the assassination of American civil rights leader Martin Luther King Jr at the Lorraine Motel in Memphis, Tennessee, Dave Brubeck released his album, The Gates of Justice. King’s legacy had touched Brubeck deeply and had spurred him to act. King’s words that “we must learn to live together as brothers or to die together as fools” left an indelible mark on Brubeck when he conceived the work composed for jazz trio, brass orchestra, choir and two singers. The cantata is inspired by biblical and Hebrew liturgical texts. It contains quotes from the king, Negro spirituals, and the Jewish sage Hillel, as well as words from Brubeck’s wife, Iola.

The Brubecks love for South Africa, musically and politically, would endure. In fact, love plays a big part in how Cathy and Darius Brubeck started the first college-level jazz studies program in the country.

“I think I’ll start with the obvious and most important, which is that Cathy is South African. We met in New York and she had been very active politically and also linked to the music world. Has worked. in publishing, worked in music. And to pay tribute to merit, Professor Chris Ballantyne was the head of the Music Department at the University of Natal. He was very progressive in his thinking. Unlike some colleagues, and certainly unlike any music department in South Africa.

Ballantyne, who knew and respected the booming jazz and popular music in South Africa, and the urgency to study this music in the country, recruited Darius and Cathy to join his department.

Since Cathy was South African, “loved and approved by a lot of people,” it was she who lobbied primarily the exiled ANC and PAC leaders, primarily in the United States. It was important for them to see the positive impact of the initiative and to give it political approval, as there was a cultural boycott against South Africa at the time.

Some of the ANC leaders they consulted were Thami Mhlambiso and Johnny Makhathini, who had represented the ANC in exile at the United Nations at different times. Makhathini died in Lusaka, Zambia, in 1988 and Mhlambi died in the United States in January from an illness linked to Covid-19. Cathy had known Makhathini in the underground anti-apartheid circles of the 1950s in Durban.

â€œI also know that we had a long telephone conversation with South African guitarist Cyril Magubane,â€ Darius remembers. At the time, Magubane ran the Heshoo Beshoo Group, an Afro-jazz band.

As history goes, the Brubecks started the jazz program at UKZN and Darius Brubeck eventually became the director of the university’s brand new Jazz and Popular Music Center.

Futshane, who has an MA in Music and teaches at the University of the Witwatersrand, speaks fondly of studying and living with the Brubecks.

â€œDarius didn’t kind of stifle our voice. We have had our fair share of fights, all was not rosy. But we were like family. When we arrived from Port Elizabeth to study in Durban, we first stayed with the Brubecks. Cathy cooked and when the food was ready we shared everything as a family. Darius was open to new ideas. His attitude was like, â€œGuys, here’s the thing, let’s make it all happen. Every time we had concerts or traveled we knew that when Cathy organized things for us we were all sorted.

To pay homage to Darius Brubeck’s legacy, especially his work as an educator-performer in South Africa, a TV documentary called Playing the Changes and directed by Michiel ten Kleij is nearing completion. Doxy BV Amsterdam, the documentary’s producer, says he “examines why and how jazz has played a transformative role in different types of societies, such as Poland and South Africa, and follows Darius Brubeck’s involvement in the two”. DM / ML