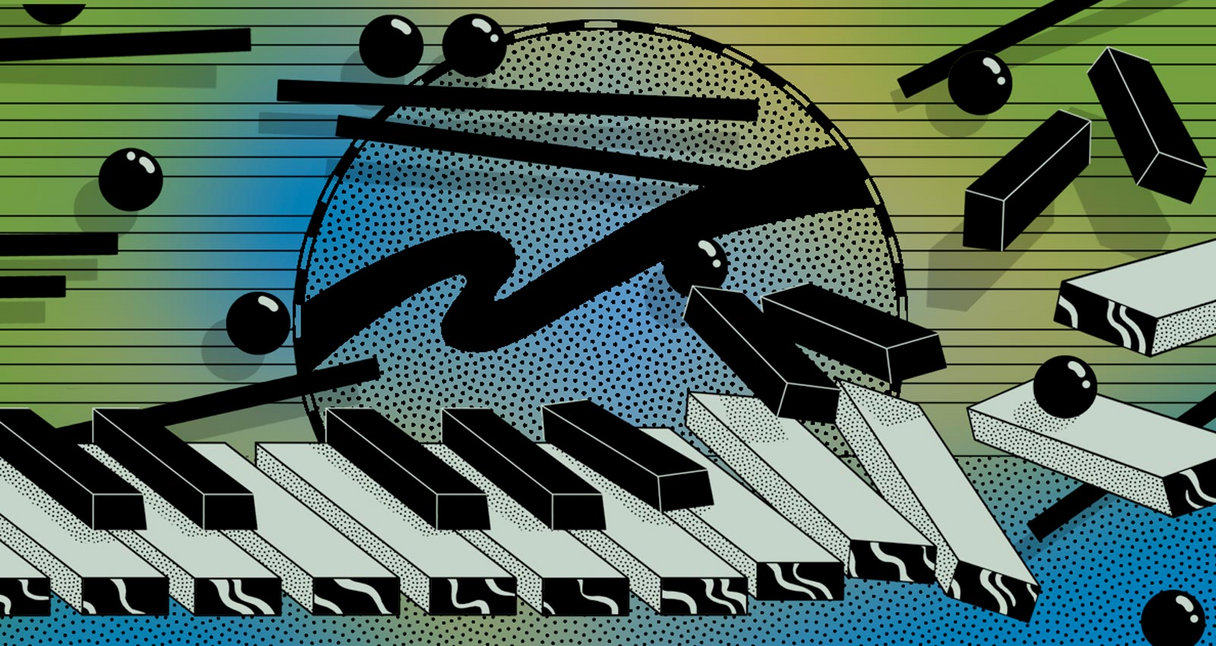 The best jazz on Bandcamp: November 2021

Usually there is ebb and flow in the release cycle. But at some point in 2021, the music turned into a tidal wave that never crashed. We’re in the home stretch of the year, and I’m still struggling to find a home for all the awesome new music hitting the jazz section. As always, this is music with origins spanning the entire planet and from voices reflecting the confines of that music, bringing us all together through its sound.

Abdullah Ibrahim enjoys the acoustics of Hirzinger Hall in Germany so much that he celebrates his birthday every year with a live performance in the hall. As with so many musicians, the pandemic has derailed his plans for his final anniversary concert. And, like so many musicians, the pianist has adapted. This live session is the result. Ibrahim’s impact on the jazz scene is immeasurable and often dates back to his years in exile during the apartheid era, when South African musicians moved to other countries and influenced the music of their new homes with the music of their roots. When it comes to sitting alone in front of a piano and manifesting all the beauty the instrument has to give, as well as the best of everything it has inside, Ibrahim is one of the better.

As protest music, Irreversible Entanglements is a startling voice. It is impossible to separate their message from their music, they inform each other, an intensity feedback loop. This is why, in these interludes where Moor Mother’s voice falls silent, the presence of her words is still felt when the instruments churn a melody in a show of force. It is music that gives voice to the oppressed, spreading ideas that are too often dismissed; the musicality of singer Camae Ayewa (Moor Mother), saxophonist Keir Neuringer, trumpeter Aquiles Navarro, bassist Luke Stewart and drummer-percussionist Tcheser Holmes is stunning.

In no time, Ill Considered has established itself as one of the most exciting jazz ensembles on the scene. Their approach – never enough matches for gasoline – drives their explosive music forward at ever more frantic speeds. But its most appealing feature is the way the band let the melody flow through the tracks. Sometimes it acts like a thin stream running through the explosive landscape; other times it is carried away by the force of the intensity of the music. Liminal Space is a good studio recording, and their live performance albums come highly recommended as well. Tamar Osborn, Sarathy Korwar and Theon Cross invited on their latest.

Mareike wiening
Memories of the future

This straightforward goodness from Mareike Wiening lands in this perfect place where colorful, ruminating music ignites a lot of heat and the occasional bursts of intense heat. The timing of its release couldn’t be better, as it blends perfectly with the transition between fall and winter, when the former begins to give way to the latter’s contemplative retreat. Tenor saxophonist Rich Perry, pianist Glenn Zaleski, guitarist Alex Goodman and double bassist Johannes Felscher will join the drummer.

There is a certain gravity in the music of Seven bridges, but the presiding quality is that of the atmosphere – of the sound that spreads its wings. Compared to his recent outing, it feels a bit like a departure for Charles Rumback. But let’s not forget he’s also a member of Colorlist, whose soundscapes only adopt structure in concept form. Seven bridges isn’t a soundscape, but it certainly performs a similar balance of ephemeral structures and heavy presence. Cornettist Ron Miles, bass clarinetist Jason Stein, violinist Macie Stewart and alto saxophonist Greg Ward are among the drummer’s big cast.

In some ways, this is new territory for Portico Quartet. Monument is basically an electronic music album. The term post-jazz should come into play when music that already expands the definition of jazz takes it one step further and breaks the tie. But this ensemble has always been on a mission to create wonderful soundscapes of hypnotic ambient music with various measures of jazz layered together. The mix of saxophones, keyboards, bass, drums and, of course, that intoxicating wacky Hang (think: steelpan percussion instrument with a vibraphone-like presence) suit Portico’s particular genre hybridization method. Ultimately, it all comes in the form of different sides of the same priceless gem – which is why, in some ways, Monument is also old territory for the group. If you are new to Portico Quartet, check out their 2011 version Up to my knees in the North Sea, for something a little more organic and no less enchanting.

The inspiration for this EP from Abu Dhabi-based ensemble Boom.Diwan is Kuwaiti music diving from the pearls of the Indian Ocean trade. While intriguing, this description may not give you immediate ideas about what music sounds like. So, for comparison: The music of Minarets has a heart that beats with life and soul spiritual jazz works of Pharoah Sanders like Thembi and Summun Bukmun Umyun, where the expressions of tranquility and chaos are just different aspects of the same beautiful picture. Hopefully this collaboration, via the UAE, Kuwait and South Africa, is just a precursor to more to come.

Patrick Shiroishi’s homage to his grandfather Hidemi is a conceptually powerful statement, but this solo performance to alto, baritone, tenor, C, and soprano saxophones is no less serious by one point. from a musical point of view either. Shiroishi layers parts on top of each other as needed, entering interludes that are searing melodic and others that have a hypnotically calming quality. With Hidemi, Shiroishi continues to enrich an already impressive collection of music.

The melodies of UMDALI take a slow arc across the horizon line, an illusion of a languid rhythm traversing countless miles. The trombonist creates songs that have a huge impact with a soft and patient voice. This album is also an open and welcoming window on the Soweto jazz scene.

Svetlost + Odron Ritual Orchestra
A wave returns to the ocean

The Macedonian ensemble Svetlost with the Odron Ritual Orchestra performs one of the most exciting avant-garde free improvisations of today. Their eponymous 2019 release was one of the best things to hit the new releases trash that year, and this live performance recorded at the Skopje Jazz Festival is no less epic. The music is wild and unrestrained, but will enter interludes of melodic clarity with a hypnotic force that crosses the distance from the ambient drone to the catchy groove. Simply exceptional.

At their best, the entire Ghost Rhythms are storytellers. Their excellent 2015 release Madeline is an example. Writing from the point of view of a character in the film fear of heights (1958) was a springboard towards an imaginative narrative construction. Their last, Spectral music, takes a similar approach. Xavier Gélard’s ensemble navigates between influences, treating the musical palette as simple different colors on the same palette. The mix of wood, strings, percussion and key instruments fits perfectly into this model. The whole thing culminates with a lyrical touch that is insanely expressive and gently nuanced, both.

There is a rawness to this music that attractively harmonizes with the JP3 trio’s propensity to roll with a thick groove. It’s an approach that leads to very fun music and a personality with great charisma. It’s an impressive debut for the trio of trombonist James Powers, electric bassist Matthew Holmes and drummer Machado Mijiga. This one was released by PJCE, a Portland-based nonprofit, which has released an impressive string of recordings for most of the past decade. that of George Colligan Fredson the Jeffy also just hit the shelves, and that indicates not only the quality of the music that bears the PJCE imprint, but also the strength of the jazz scene in general, and how hard it can be to mention all the wonderful music. who exist.

Adam Baldych opens up such a wide melodic path that he leaves space for his counterparts to express their individuality while remaining tightly coiled into a beautiful cohesive set of compositions. The violinist goes to great moments, and is not the type for subtlety. He puts all his heart into his music and lets it beat as hard as possible. It is a medium in which trumpeter Paolo Fresu thrives, and it adapts perfectly to Baldych’s approach and his working quartet.

This sublime session by pianist Bill Carrothers and cellist Vincent Courtois is the soundtrack of a quiet Sunday morning, when the weekend electricity begins to fade and the serenity of the morning sun spills over the hall. The melodies are presented like colored balloons, which the duo then releases and sends drifting upwards and towards the horizon.

If Henry Cole’s name appears on the staff, it’s pretty much a guarantee that the album in question will feature rich rhythmic dialogue. This collaboration with Metropole Orkest takes advantage of this environment with massive harmonic surges and exciting melodic flashes. It’s easy to trace the roots of this music back to the past, but the Puerto Rican native seamlessly shifts them to expressions that are deeply rooted in modern times. This music is bursting with life.

The New Cool Collective is all about the groove. The ensemble sprinkles the listener with lively and rapid melodies while delivering percussive rhythmic bursts intended to incite the bodies to move move move. The Amsterdam-based octet and the side projects of its individual members have been making this particular synthesis of dancing electricity for years and years. The music of saxophonist Benjamin Herman and Dox Records is immediately identifiable and has a unique personality.