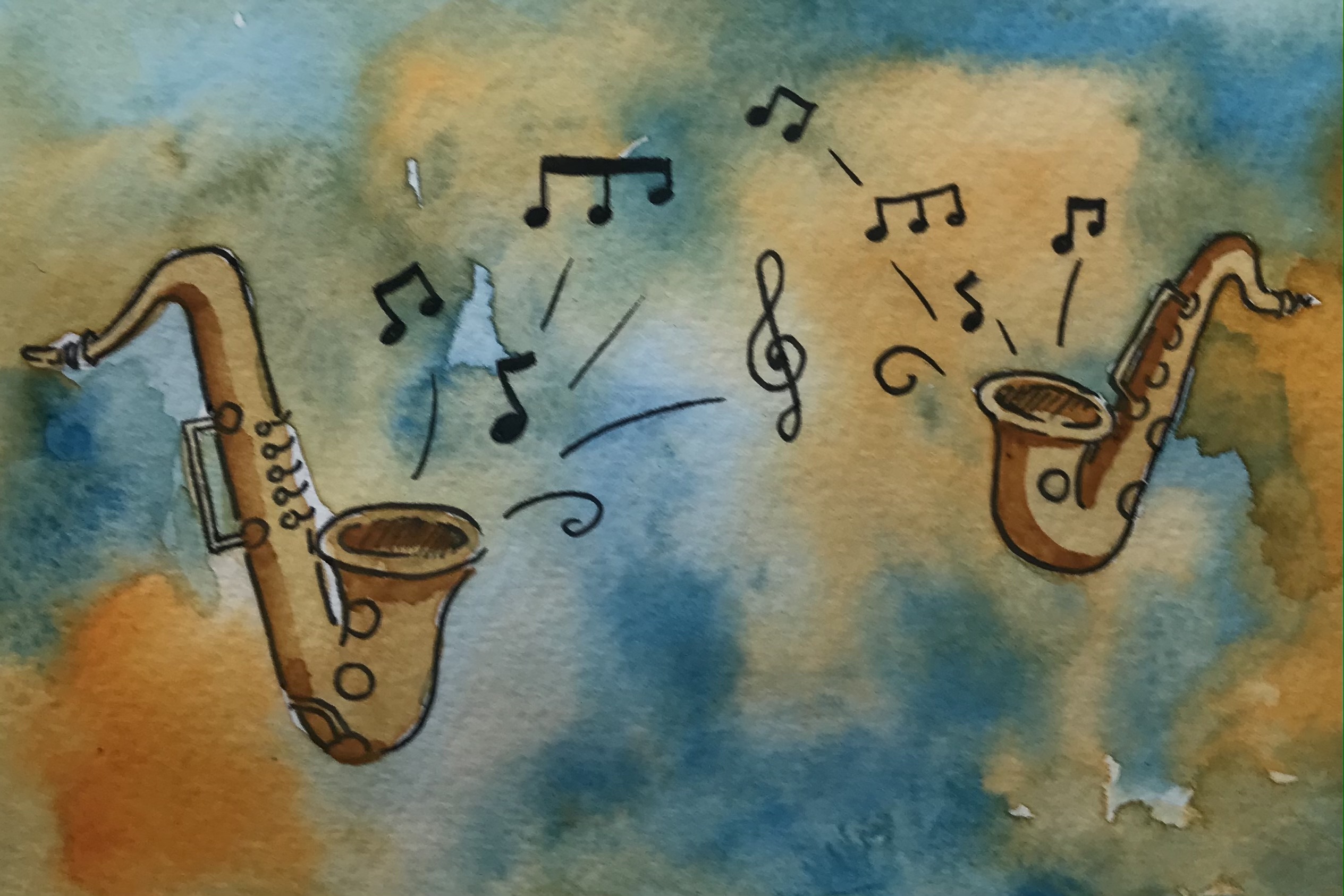 Spotify code – scan to hear a specially curated playlist to accompany this article:

The reshaping of the UK jazz scene over the past five years has not received the attention it deserves. The influence of Nu-Jazz is omnipresent in contemporary mainstream music. Think of iconic chimeras like Jorja Smith or Tom Misch. Yet, at the base, there is something far more exciting: a vibrant and burgeoning, albeit still nascent, local jazz scene. Although emerging from the passions, ideas and tastes of our generation, British Nu-Jazz has yet to be fully embraced, or perhaps discovered, by its ancestors.

I first encountered Nu-Jazz in the summer of 2019, at an outdoor jazz event held to mark the 60th anniversary of the founding of Ronnie Scott’s, London’s legendary jazz club. The stage – erected in the narrow streets of Soho – was shared by jazz musicians of all genres and generations. One particularly memorable set saw Pee Wee Ellis – the pioneering jazz and funk saxophonist who sadly passed away in September last year – playing alongside Nubya Garcia, another saxophonist and one of the leading figures in the revival current jazz. In retrospect, it’s hard not to see the performance of these two saxophonists, so far apart in age but possessed by the same musical verve, as evocative of the generational significance of the London Nu-Jazz explosion.

So who are the artists leading the charge?

Ezra Collective – the quintet made up of drummer Femi Koleoso, bassist TJ Koleoso, keyboardist Joe Armon-Jones, trumpeter Ife Ogunjobi and saxophonist James Mollison, has been described by music platform Boiler Room as “pioneering the new wave of jazz music British”. Their 2019 album You can’t steal my joywhich features big names from Loyle Carner and Jorja Smith, is perhaps the best example of the unique energetic sound generated by blending traditional jazz with elements of afrobeat, hip-hop and soul.

Kokoroko – the group of eight musicians led by Sheila Maurice-Grey – also embodies the collaborative spirit of Nu-Jazz. Their 2019 self-titled EP, alongside the singles, take me home and Baba Ayola, both released in 2020, sees jazz and afrobeat collide most effectively. The signature Afrobeat singing voice layered with Oscar Jerome’s virtuoso jazz guitar and Onome Edgeworth’s high-energy percussion create a truly enigmatic sound. What’s more, it’s a sound that resonates with many: hit single Abusey Junction has over 40 million streams on Spotify.

For those who yearn for the sometimes painful, sometimes euphoric, sometimes downright bizarre sound of the heyday of mid-century jazz, multi-instrumentalist Kamal Williams‘ most recent album Hen Wu can whet the appetite. Toulouse evokes pain, Pigalle the euphoric, and Mr. Wu the brilliantly weird.

Despite all this, my favorite artist from the London Nu-Jazz scene – someone who constantly makes my Spotify Wrapped – is Oscar Jerome. The singer, guitarist and producer not only embodies the genre experimentalism of British jazz; his instantly catchy guitar hooks and memorable vocals produce a popular sound that’s the perfect entry point for curious wanderers navigating London’s kaleidoscopic jazz scene. His mix of jazz and funk and guitar touches with minimalist house beats – as in his 2021 single It’s not necessary – creates the perfect accompaniment to a sunny Sunday morning.

Why, then, does Nu-Jazz claim to be the “soul” of modern Britain?

For me at least, British jazz artists and the music they create embody and amplify the best of modern Britain, and signal what it should be in the future.

It is inclusive and collaborative, in terms of artists, listeners and the music itself. Musically, just look up to the album promisesproduced by DJ (and neuroscientist) Floating Points, in collaboration with iconic saxophonist Pharaoh Sanders (now 81) and the London Symphony Orchestra.

It is also respectful of our historical heritage, although not hampered by it. The African and Afro-Caribbean cultural input that is so central to its unique sound finds particularly authentic and powerful expression in Nu-Jazz. Yet it is also very innovative and experimental. Artists such as Portico Quartet are constantly pushing the boundaries of what exactly constitutes ‘Jazz’. In their case, jazz is pushed into more cinematic and ethereal realms. So what we have is a kind of historically connected futurism. The paradox (or not) of authentic escape.

Closer to home, the Jazz Society brings a little microcosm of the London nu-jazz scene to Durham every Sunday night at Fab’s – what’s not to love?

Cory Weeds reserves his favorite players for Jazz @ the Bolt