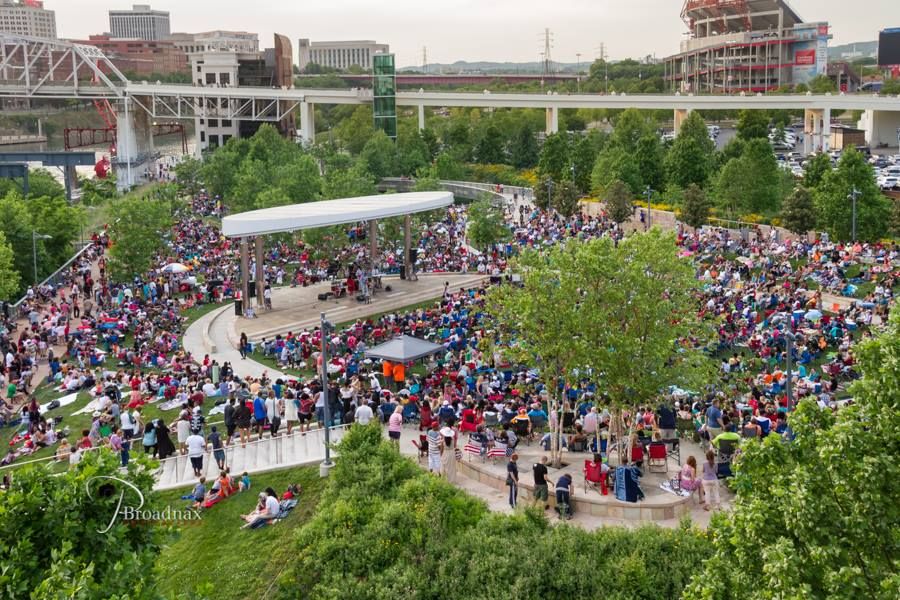 Nashville, TN (TN Tribune) – This is the 5th year of the Free, Family Friendly (FFF) concert series recently ranked nationally as the # 1 destination for jazz in Music City, USA .

Jazz On The Cumberland is held monthly, May through October, on designated Sundays at Nashville Cumberland Park 592 S. First St. (adjacent to Titans Nissan Stadium) overlooking the scenic downtown Nashville skyline. . The Jazz series has an average monthly attendance of 3,000, with the exception of Mother’s and

Father’s Day which still has an attendance record of over 5,000.

Jazz On The Cumberland was founded in August 2011 by producer Victor Chatman of Victor Chatman Production & Studios in conjunction with Nashville Metro Parks to provide free, quality entertainment for jazz-loving citizens.

Victor gives credit to the Metro Parks Board for its approval because now Nashville is included nationally as a major jazz venue with New Orleans (The New Orleans Jazz & Heritage Festival), Chicago, (Chicago Jazz Festival)

Pencil Partner and Academy Partner with colleges in the region. These programs include STEAM (Science, Technology, Engineering, Arts, Music). Hospitality and marketing, digital design, live and in-studio sound, event planning and promotions. The series features local, regional and national acts paired with students to give them valuable experience and exposure.

Jazz On The Cumberland has attracted hundreds of thousands of area residents, tourists and music lovers from across the United States and beyond over the past 10 years. This Destination Weekend is known to help sell many hotels and restaurants, as well as shoppers in Nashville malls.

The anniversary special, will celebrate all the milestones that Jazz On The Cumberland brings to Nashville

The Roccella Variations’. From ‘George Russell Living Time Orchestra, The London Concert’, 1989 – News, reviews, reports and commentaries from the London jazz scene and beyond