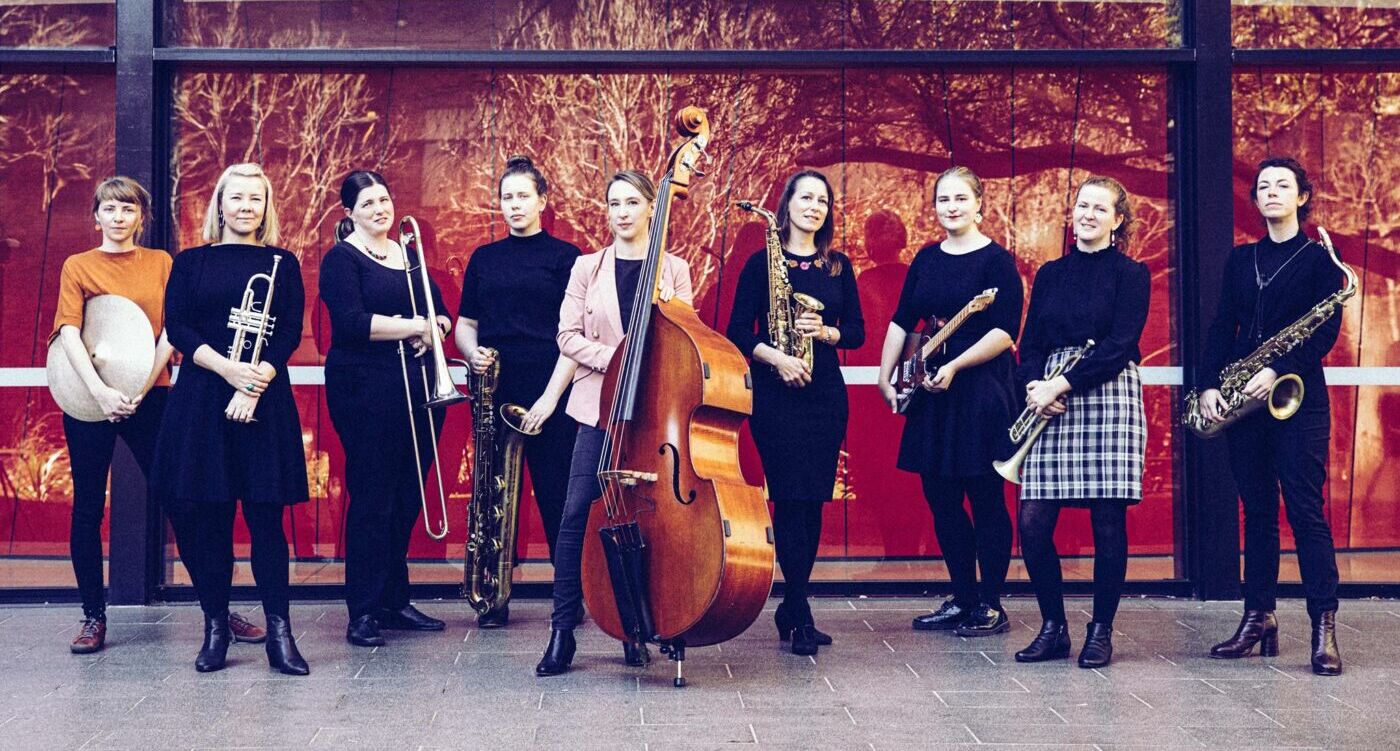 The Sydney International Women’s Jazz Festival (SIWJF) announced the programming of its 2021 festival, which will take place over 10 days from November 12 to 21. As the border closures deprived the festival of some of its international flair for the second year in a row, the diversity and breadth of communities and musical cultures on display will give audiences a taste of jazz from around the world. .

â€œWe are delighted that the 2021 festival is taking place,â€ said co-artistic directors Zoe Hauptmann and Peter Rechniewski. â€œJazz is an ideal medium for seated and socially distanced environments. “

â€œThis year offers music lovers a unique opportunity to discover the magic and intimacy of jazz. Few Australian musicians have been able to perform live since the onset of the coronavirus, and these artists are thrilled to perform in front of audiences at this year’s festival. “

The festival will take place in several venues, including the Utzon Hall at the Sydney Opera House, and of course Foundry616, Sydney’s long-standing jazz club in the heart of Ultimo. There will also be a pop-up festival bar, Ruby’s, at the Joynton Avenue Creative Center in Zetland near Green Square, as well as a special online interview and performance film with Ellen Kirkwood.

The highlight of this year’s festival is a huge double-poster on Friday, November 19 in the Utzon Hall. The word “icon” is used a lot these days, but if anyone ever deserved it, it would be Dr Sandy Evans. Over a long and celebrated career, the saxophonist and composer has been recognized and celebrated for her artistry, her advocacy for female musicians and her explorations of intercultural music. In a rehearsal of last year’s SIWJF closing gala, Evans will perform in a trio with Japanese koto master Satsuki Odamura and the award-winning ARIA bassist Steve elphick. Their performance at last year’s festival received rave reviews, and so it is with great excitement that we receive a sequel.

The second strip of this double bill is Visions of Nar, a supergroup featuring some of the country’s top musicians from a younger generation: pianist Zela Margossian, saxophonist Jeremy rose, 2021 Freedman Jazz Fellow guitarist Hilary geddes and percussionist Adem Yilmaz. Nar is the Armenian goddess of water, sea and rain, which gives you an idea of â€‹â€‹the kaleidoscopic journey through folk tunes, jazz, and fresh compositions that this quartet will take you on a journey. These two incredible ensembles on display is a night you can’t miss.

The festival’s only online event – and what a joy to say after two years of Zoom festivals – is a two-part online series exploring [A]part, Ellen kirkwoodThe 2017 four-part sequel which was performed and recorded by Sirens Big Band with Sandy Evans, Andrea Keller and Gian Slater. The extraordinarily ambitious album tackles burning political and social issues, including climate change and the refugee crisis, through a fusion of jazz, rock, Afro-Cuban and contemporary classic. This online event features interviews with Kirkwood, Evans, and Sirens frontman Jessica Dunn, exploring how the recording went. After the discussion, watch the first concert by [A]part filmed by videographer and visual projectionist Cleo Mees.

Singer Virna Sanzone opens the festival on Friday November 12 with a program celebrating its Italian heritage. Performing as a quartet, with Matt McMahon (piano), Jonathan Zwartz (bass) and Tim Firth (drums), Sanzone will perform his interpretation of Italian and English songs, performed outdoors at Ruby’s.

The party continues at Ruby’s the next day with Brass on the grass, a free event featuring an outfit influenced by New Orleans Queen Porter Stomp and the 343 Marching Band. An event for all ages, the Sydneysiders will have the chance to practice their newly honed picnic skills for a Saturday afternoon on the lawn.

That night, the action moves to Foundry616, which is the location at the heart of this year’s festival, hosting performances by the singer. Kate wadey, bossa nova artist Anna hall and the regulars of the Foundry Mingus among us, in a special performance featuring the emerging saxophonist Tessie Overmyer alongside award-winning bassist Jann Rutherford, Hannah james, in an expanded lineup for the beloved big band. 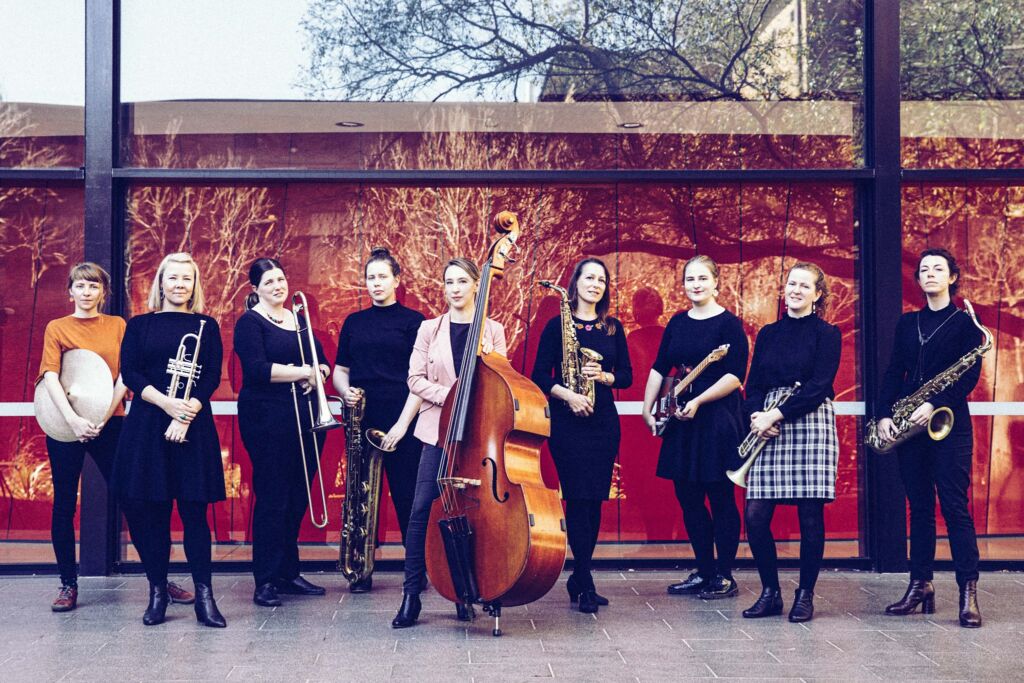 Also at the foundry is Pharos, an all-female ensemble made up of a six-piece brass section and a four-piece rhythm section, all with extensive experience in improvisation, exploring the limits of modern big band jazz. In this performance, they present the work of Sophie Min, recipient of the APRA Emerging Composers Mentorship 2020. Minn studied with legendary composer / pianist Barney McAll to develop this new work.

The closing night of the festival, also at Foundry, features a Zambian / British singer Major Zulu. Present at festivals around the world including SXSW, Glastonbury and CMJ in New York, she has performed with Amy Winehouse, Norah Jones, Earth, Wind & Fire and has served as lead singer for Basement Jaxx’s, winner of a Grammy award. Everybody. Having lived and worked in London, Paris and the United States, Major Zulu draws upon all that cosmopolitan cool in his performances.