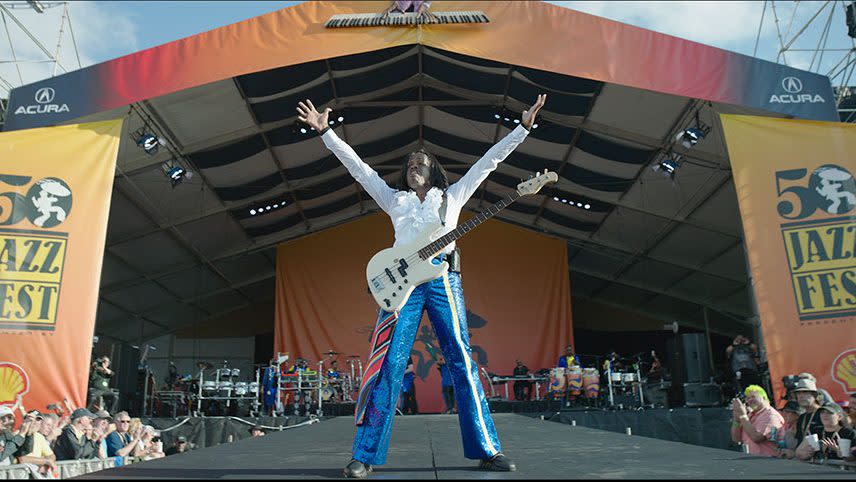 No American city is as steeped in native musical traditions and heritage as New Orleans and you get a good idea of ​​how it happened in Jazz Fest: A History of New Orleans. It’s a documentary brimming with performers and music that is just beginning to scratch the surface of what has happened musically for centuries in the fabled and often beleaguered city. Music lovers of various persuasions will be delighted with the samples served up here, though the subject matter is so vast and varied that it would take something like a six or ten hour miniseries to begin to do it justice. With Sony Pictures Classics handling the US release from May 13 after its SXSW arc, the film is certain to get a strong lift off and widespread exposure on domestic hits is assured.

“Life happens at high frequency” when the New Orleans Jazz & Heritage Festival takes place, as it has done since 1971. Some call it “the world’s largest backyard barbecue”, others “the biggest party”. greatest in the world”. There is evidence of this and more in a festival that has also suffered debilitating blows, first from Hurricane Katrina in 2005 and then, of course, from the cancellation of two years of festivals due to the COVID pandemic.

Benefiting from a wealth of archival footage, co-directors Frank Marshall and Ryan Suffern, both loaded with documentary experience, trace a line that goes back to the beginning of these specialized musical events, usually marked by the emergence of the Newport Jazz Festival in 1958. From the start in 1962, there was a movement to start a similar venture in New Orleans, but Jim Crowe laws, which prohibited white and black musicians from performing on the same stage, made obstacle, so almost a decade passed before the first edition of the festival could actually take place. Highlights from 1971, when only artists from New Orleans could participate, included Mahalia Jackson and Professor Longhair.

Given the lack of comprehensive documentation in the early years, the filmmakers do what they can to provide on-camera samples of the many ongoing musical influences, ranging from Cajun to brass bands. Academics can talk for hours about sources and different styles, but New Orleans singer Irma Thomas sums it up by saying, “There is no separation of culture in New Orleans. Everything is mixed”, something like a large okra.

A key archival section focuses on the unique style of funerals in the New Orleans tradition, in which music plays an important role. A veteran explains: “There is a period of mourning but we celebrate life. I don’t think any city has a better relationship with death than New Orleans. Suffering and joy go hand in hand with time.

Eventually, especially after moving beyond its ‘hand-made’ origins and settling into spacious outdoor spaces at the Fair Grounds racecourse outside of town, the festival grew to be very large, eventually attracting more of 400,000 people at the ever-expanding event. The extraordinary amount of fabulous and very filling food is also very present.

The second half of the film is full of performance footage from recent vintage. Much of it is fun to watch and listen to, and the performers cross generations; there are excerpts, and sometimes full numbers, of Branford and other Marsalis relations, Herbie Hancock, BB King, Samantha Fish, Byron Hogans, Tom Jones, Marc Savoy, Rockin’ Dopsie, Alphonse Robair, John Hammond, Katy Perry singing gospel in a space queen outfit, the rather amazing Tank and the Bangas, Big Frieda, The Revivalists, Gary Clark Jr., Aaron Neville and, in his first appearance there, Bruce Springsteen.

Admittedly, the festival has changed significantly from a street and local venue event to something akin to a Super Bowl of American music. Jazz, as it has long been called, has very little to do with what is played now, and for all artists of all ethnicities and backgrounds seen on stage, it is quite remarkable that there is has virtually no black face to be seen in any of the audiences. for these giant shows. Tourists probably make up the vast majority of the crowds, and the whole event feels like a Disneyland of energetic musical performances more than expressing a connection to the type of music historically associated with New Orleans in particular and in the South in general.

The last song heard on the film’s soundtrack is the Rolling Stones’ “You Can’t Always Get What You Want,” which may well reflect the feelings of some fans of authentic New Orleans music.

Jazz Fest: A New Orleans Story made its world premiere in the SXSW 24 Beats Per Second section.

The CGI Rochester International Jazz Festival is back! Programming announced for the 19th edition from June 17 to 25. Free Headliner