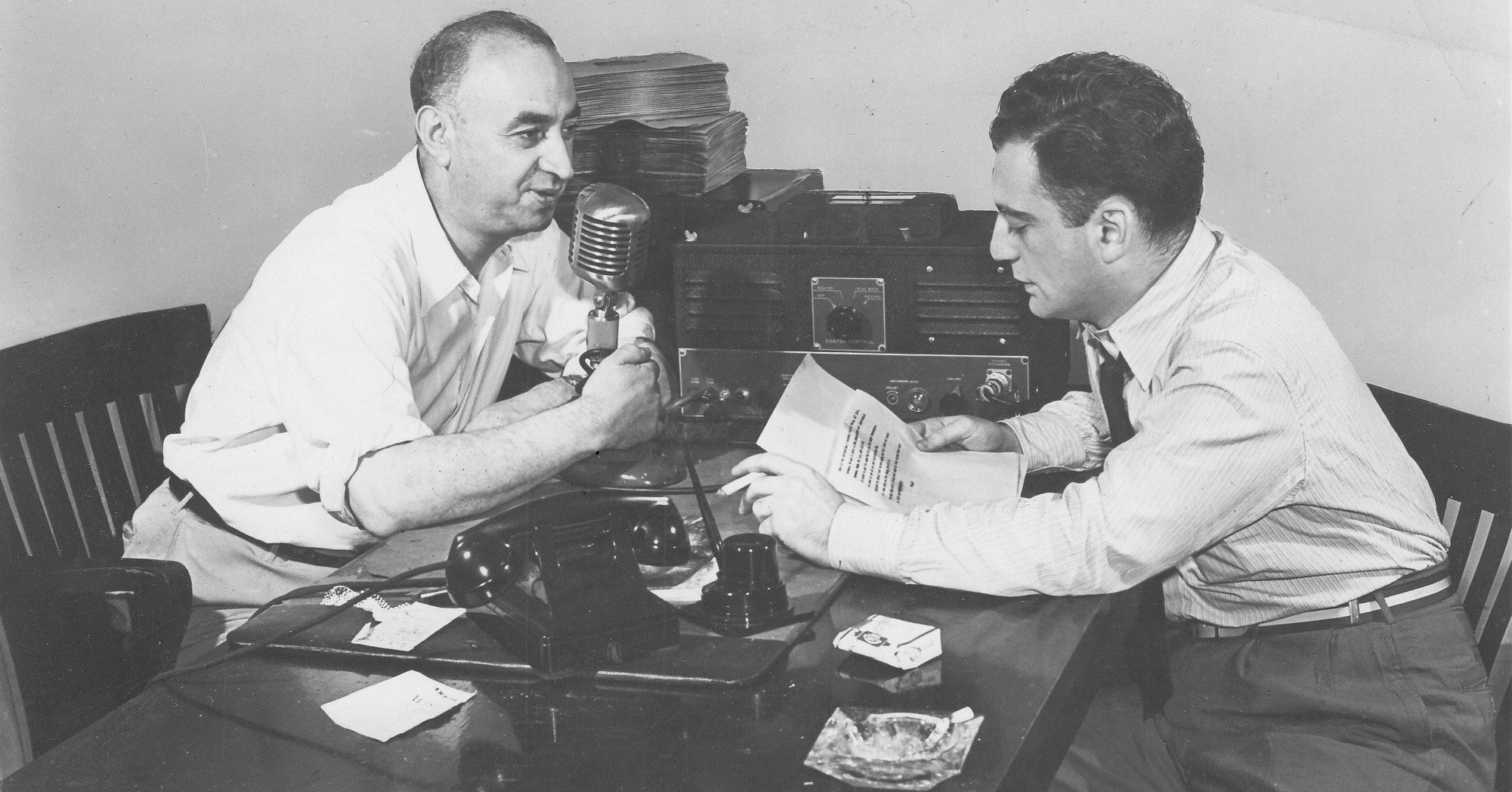 From the beginning of the 20th century, Sidney Bechet had affinities with France and all that is French, finally deciding to settle there at the end of the 40s. This caused a great relief among the musicians of jam sessions of New York, because Sidney had been considered a pain in the ass for many years.

There were several reasons for this disrespect, but the main one was Sidney’s constant presence. It seemed that if there was a jam session or concert anywhere in town, Sidney would show up, sit down and take over, to the automatic exclusion of any other soloist who might have been looking forward to it. ‘go. Sidney seemed to have been very bossy, although he had no authority vested in him.

He was of course one of the musical giants of all time, held with the greatest respect by Duke Ellington and of course by Bechet’s main disciple Johnny Hodges. This is not the case with Louis Armstrong, however. Sidney was three or four years older than Louis and no doubt, seniority being so important in New Orleans, considered himself superior. But they got off to a good start.

They met when Louis was 11 and Sidney was 14, and Sidney remembers being so impressed with Louis’ musical talent that he invited him to dinner at his house. Always quick to take offense (as I know from personal experience), Sidney had to hold a grudge for life after Louis failed to show up for the meal.

It’s quite possible that Louis was nervous about befriending a Creole – something that didn’t happen in New Orleans back then. The two later performed a publicity job, with just a drummer accompanying them. Louis was paid 50 cents.

It is likely that in the early 20th century, Sidney was more musically eloquent than Louis and undoubtedly disparaged Louis as the trumpeter reached and surpassed Sidney’s stature in the 1930s. At that time, no man didn’t appreciate the other, as was clearly demonstrated in the wonderful session that produced 2.19 Blues and Perdido Street in the May 27, 1940 session for Decca / Brunswick. It was a glowing meeting of majesties, but each man then and later expressed his displeasure with the other.

“He didn’t play what he said he was going to play”, criticized Bechet, although this should not have bothered him, who was going to continue his own game and not pay any attention to Louis. way, is not transmitted. ours. He gave Louis credit on rare occasions, such as when he spoke of Louis playing the High Society clarinet solo on the cornet.

“It was very difficult for a clarinet, and really unthinkable for a cornet to make, but Louis, he did it.”

“Jazz,” said Sidney, “is a name given to music by white people. “

He and the other musicians were talking about “ragging” tunes, and therefore “ragtime” which covered the whole genre and not just mechanical piano music.

Sidney’s main influence was Big Eye Louis Nelson and he took lessons from him when he was still a boy. Sidney was playing professionally before the age of 14. At this point, he avoided learning the conventional technique, rightly believing that “inspired improvisation” would bring him to fruition.

After dispatching the local pike, it was astonishing that the Bechet shark allowed the musical tadpole that was Mezz Mezzrow to squirm in his aquarium.

But hold on tight. We are following accepted logic which for a century said Mezzrow was no good.

“Mezzrow was generally a terrible musician,” wrote the late Richard Cook. John Chilton, a benign and brilliant author, suggested that Mezz was “essentially a folk and blues musician for whom conventional technique was irrelevant”. “That,” Cook continued, “hardly excuses the often devilishly nonsense playing on most of his records: has such a distinguished jazzman not left such a disheartening legacy of playing. Richard was visibly restraining himself.

When I was four or five, my dad, who led his own professional-level string quartet, often played a 78 from Hot Club Stomp by Mezz and Called To Order by The Swing Session. I thought that was a great thing, and of course I didn’t know Mezz was backed by Sy Oliver and Jay C Higginbotham on this album.

I grew up listening to a lot of Mezz, including the weekly dose of Gettin ‘Together from the Mezzrow-Ladnier Quintet which served as the signature for the jazz record program presented by this endless mine of disinformation, Rex Harris.

Mezzrow, who had an intellect that in some ways matched Goof’s in the cartoons, came to believe he was black.

Nonetheless, there is a large catalog of good jazz records that present him, and giants like Bechet, Benny Carter, Teagarden and Waller seemed happy to record with him.

What Mezz was good at was being a repairman. He could persuade the record companies to record him and his friends, and in doing so, he was doing an invaluable service, whether it was in the recordings with Tommy Ladnier or Teddy Wilson.

Fats Waller and Louis Armstrong were one of the group of musicians who appreciated another of Mezz’s services – he was the main supplier of marijuana to the New York jazz community. In the early years of this operation, the drug was legal. When this became illegal, Mezz was cleverly sent to the slammer, insisting, he said, to be incarcerated in the prison for black men. (Louis and Mezz were lifelong friends. Louis’s affection for his hemp supplier was such that Mezz became Louis’ manager for a short time.) And no one could question Mezzrow’s love for jazz, which was his lifeblood. Another devoted friend of his was Bix Beiderbecke, who upset Mezzrow when he became interested in Stravinsky’s music. Presumably terrified, Mezzrow insisted that they only play the blues.

Bechet, who was a giant virtuoso, was sought after by record producers, although in the 1930s he did not make more records than Mezz.

“I’m not saying Mezzrow is such a bad player,” he said. “When a man tries so hard to be something he is not, when he tries to be a name that he makes for himself instead of just being what he is, part of that is. will see in his music, the idea will be wrong. “

Mezzrow had a long-standing obsession with Bechet’s music that began in 1918 when he first heard Sidney, then playing in the Original New Orleans Creole Jazz Band. At that point in Chicago, Bechet and King Oliver had to replace George Bacquet and Freddie Keppard in the group, which later transferred to King Oliver’s Creole Jazz Band.

Mezzrow hit another peak with his recording career in Paris in the early 1950s. I haven’t heard most of the tracks, but I’m sure there was nothing better than the 2 April 1953 with a superb game by Buck Clayton which produced Wrap Your Troubles In Dreams / Rose Room.

Perhaps it was the act of old buddies that prompted Lionel Hampton to invite Mezzrow to his most productive jam session recording for Vogue in Paris on September 28, 1953. Hamp used a homogeneous septet from his touring big band. , and added Mezz, and a strange French musician. The Hampton men were all junior boppers and Mezzrow stuck out like a grafted thumb. But, with his knack for adapting, the results were good and he straddled general informality with some success. Hampton’s choice of guitarist Billy Mackel and electric bassist Monk Montgomery for his band had been inspired. This was one of Lionel’s most exciting groups and the result was a most enjoyable day in the studio which was probably more appreciated in France than elsewhere.

Mezzrow succeeded Bechet by moving to Paris in 1950, where he remained until his death on August 5, 1972.

The only daughter of jazz icon Sarah Vaughan is the wife of a famous sportsman, mom…