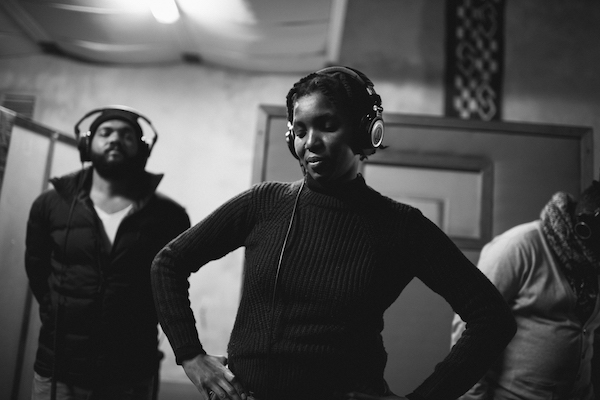 Indaba is, a compilation recorded in June and July 2020, ranks as a compelling document of the electrifying scene emanating from Johannesburg, South Africa.

Pianist Thandi Ntuli and singer Siyabonga Mthembu, the album’s curators, both lament that the verve of South African jazz is sometimes lost in translation on foreign stages.

Mthembu, speaking with South Africa’s DownBeat in January, said some unfamiliar audiences would sometimes exclaim, â€œOh, my God, you are so crazy. You are so out there. But in context, their idiosyncratic flavor “makes sense. He has a purpose.

Mthembu plays as a member of Shabaka and the ancestors. The band, without eponymous reedist Shabaka Hutchings, contributed to “Prelude To Writing Together” at Indaba is. But he traces the album’s impetus back to a concert the ensemble performed at New York’s Winter Jazzfest in 2017.

â€œThe next morning I got a long message from a reporter saying, ‘I watched Hugh Masekela 30 years ago in the same room,’â€ Mthembu said. “I remembered the global strength that South Africa was in the jazz space and in the black music space.”

Mthembu also began to recognize a continuity between the music he and his peers created and the music his parents listened to as he grew up.

Not long after, while dining after a concert in London, Mthembu heard â€œAbusey Junctionâ€ by Kokoroko from We are here, a 2018 Brownswood compilation built around London’s booming jazz scene. He had been “in and around this London scene”, capturing her energy. But the singer was well aware that there were other idiosyncratic enclaves growing across the world.

Mthembu believed that a similar recording could be centered on the Johannesburg stage. Ntuli was then brought in as co-commissioner.

She formulated the initial challenge: “How do you tell such a great story with eight tracks on an album?” “

The couple ultimately concluded that the recording should be “less about the individual artists and more about the story we’re all from and the scene in general,” Ntuli said.

This scene features a series of acts, including pianist Bokani Dyer and avant-garde band The Wretched. For Ntuli, it was important that the album reflected the cosmopolitan elements that permeate the scene.

“The nature of Johannesburg is that historically it is a city of migrants, built around the booming gold rush [in South Africa]”Ntuli said.” And these influences have been in our music for years. Our generation carries on that legacy.

It was crucial for Mthembu and Ntuli that the recording declares the South African perspective, ideologically and aesthetically. â€œBantu cosmology exists, we have stories from our beginnings,â€ Mthembu explained. “Even the title Indaba is point to Indaba, my children, which is Sanusi Credo Mutwa’s book on the beginnings of the Bantu people. We affirm it.

In indigenous South African culture, music is not a commodity to be bought, Mthembu said: â€œThe arts [are] really central to our healing. They are not just something to put on SoundCloud to stream for life time immemorial.

The singer is particularly keen to recognize his elders, whom he considers “important for our building blocks of South African music”. He named Madala Kunene, “the father of the Zulu guitar,” and Busi Mhlongo, “the mother of the guitar,” whose 2009 album, Amakholwa = believers, “is probably the greatest healing balm around this time,” he said.

Ntuli concluded that she sees Indaba is as a turning point for his generation, an affirmation of “ancient traditional knowledge systems based on [in South Africa] that we may have always felt, but that we weren’t allowed to be part of our culture. Comics

The Drive – ‘Can You Feel It’ – London Jazz News

The Brubecks, jazz and the fight for justice