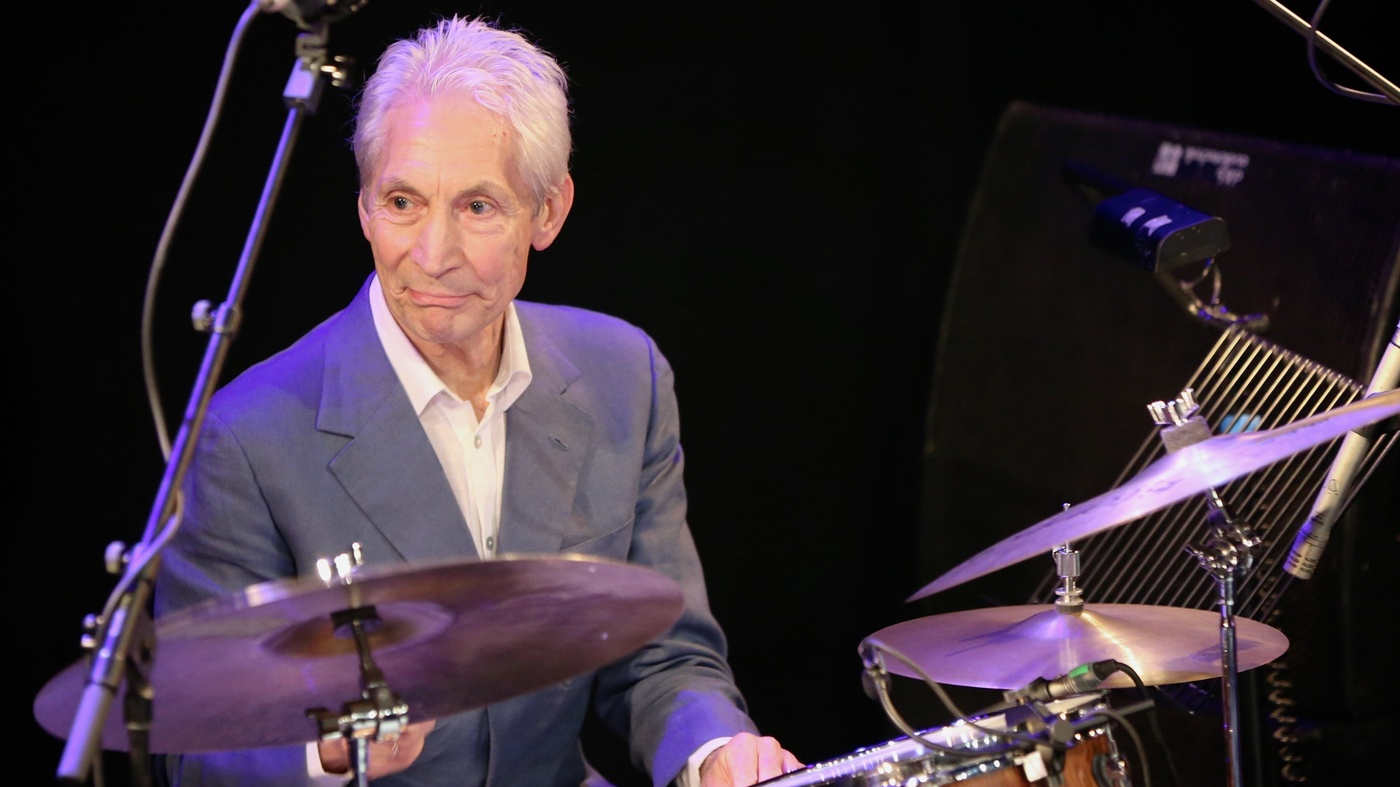 Charlie Watts on stage with the tribute to jazz of Tim Ries, The Rolling Stones Project, in a London location in 2013.

Charlie Watts on stage with the tribute to jazz of Tim Ries, The Rolling Stones Project, in a London location in 2013.

Musician Tim ries has been a touring member of the Rolling Stones since 1999, playing woodwinds and keyboards. But he also had a special relationship with the drummer. Charlie watts, as their shared love for jazz evolved into a series of collaborations. Watts died on August 24 at the age of 80; below, Ries’ recollection of some exceptional moments from their two-decade friendship.

On my first tour with the Rolling Stones, I remember watching Charlie Watts during “Moonlight Mile”. My keyboard was set up next to his drums, facing him, almost like it would be if we were on a small club stage rather than an arena. I had been hired in January 1999 as part of the band’s incredible extended ensemble: playing saxophone in the brass section alongside Bobby Keys, trumpeter Kent Smith and trombonist Michael Davis, as well as keyboard, piano and organ alongside Chuck Leavell. But during this song, the drums part of which is played with mallets, I listened to Charlie and all I could hear was Elvin Jones, playing a mallet part behind John Coltrane.

This thought was still with me when I returned home to New York. When I recorded my next jazz album, Alternative side, for the European label Criss Cross, I slipped into an instrumental version of “Moonlight Mile” in homage to what I had lived. I just couldn’t get over the way Charlie was playing.

It’s no secret that Mr. Watts was a lover of jazz, of that great American music, of that swing. And a lot has been written about how that love helped shape the sound of the Stones, through the legacy of the many brilliant drummers he listened to when he grew up in England. But those who knew him will tell you that his life was not defined by keeping time, but by giving it – to friends and near-strangers and to the music he loved, whether on or outside the bandstand.

Just before the next Stones tour, for the 40th anniversary compilation forty licks, I had an idea: to arrange the equivalent of an album of the songs of the group for a jazz group to perform. For gamers, I would draw from my circle of musician friends in New York – John Patitucci on bass, Brian Blade on drums, Ben Monder on guitar, and Bill Charlap on piano. And maybe, I thought, I could get Charlie to go on a track or two.

At the start of rehearsals, I shared some demos with Mick Jagger and Keith Richards, just to make sure I got their blessing. Then, on a flight from Atlanta to Los Angeles, I asked Charlie if he could attend the sessions. “Absolutely,” he said. “And you should ask Keith.”

“Yes,” he replied. Then, before I could respond, he added, “I’m going to ask him.

And with that, he walked to the front of the plane. I was still dealing with the shock when he returned a moment later with Keith and Ronnie Wood behind him. Keith said, “We’re all in it, mate.” I was speechless. My little jazz quintet date was turning into something quite different.

At the next session in Los Angeles, the expanded lineup included Charlie, Keith and Ronnie, Stones bassist Darryl Jones and organist Larry Goldings, and one of the band’s first parts, Sheryl Crow. We recorded Keith’s song “Slipping Away”, one of my favorites, and “Honky Tonk Women”, with the saxophone playing the lead vocal part and Sheryl and Keith singing back up. At the end of the day, everyone was gone except Charlie, Larry and me. I asked Charlie if he would be willing to try another passage to “Honky Tonk Women” in organ trio, as you might hear Jimmy Smith or Brother Jack McDuff do. He immediately said yes and the three of us recorded the song in one take. Larry put in a serious groove, and Charlie, I have to say, was rocking his ass.

Charlie Watts participates in Tim Ries ‘Rolling Stones project on a swing version of the Stones’ 70s hit “Miss You”.

Over the next few years, I recorded in places all over the world while the Stones were on tour. I finally released two full albums of their music: The Rolling Stones project, on Concord Records in 2005, and Stones World: The Rolling Stones II Project, on Sunnyside Records in 2008. There have been sessions in Munich and Portugal, Paris and London, and the guest list has grown to include around 80 musicians and singers, with even Mick joining on the second record. . And every time I asked Charlie to participate, he said yes.

Once those recordings were released, I started spending my nights off touring with Bernard Fowler, who has been singing with the Stones since the late 80s. Again and again Charlie would come to these shows to hear who I was in. the group. When jazz drummers go out to see other bands play, there is a story, I would even say a childhood passion, to find a place in the house as close as possible to the drummer, so that they can observe closely. their playing: the ride, cymbal patterns, left hand technique, bass drum and hi-hat footwork. (You’ll see this if you ever visit the Village Vanguard in New York City, where there are seats practically right next to the drummer’s position on stage.) Charlie watched the drummers and took inspiration from them – and in many cases , even if he was mainly there to hang on, he would eventually join us on stage by the end of the night. I guess he came to 50 gigs and sat down to 48 of them.

On nights when I didn’t have a gig, Charlie and I would go see what jazz bands were playing in clubs and theaters in the cities our route passed us through – not just New York but Chicago, Detroit, Melbourne, Sydney, Mexico. , Tokyo. He was notoriously indifferent to the glamor of rock and roll touring life, but when he was on the jazz scene he was really in his element: he could hang out with all the cats, because he was one of the cats. Yet even he could get star struck every now and then. One night in Pittsburgh we went to hear the Dizzy Gillespie All-Star Big Band, with Frank Wess, James Moody and Jimmy Heath in the sax section. Backstage Charlie was like a young boy again, incredulous to be in the same room as three of his heroes. Just when it looked like things couldn’t get better, Jimmy Heath caught our attention and started dancing in the locker room. This jazz master, for our amusement, was making his best impression of Mick Jagger. Charlie chuckled at the sight.

Ries and Watts backstage with saxophone legend Benny Golson at an event in Amsterdam.

Ries and Watts backstage with saxophone legend Benny Golson at an event in Amsterdam.

We heard so much amazing music at those parties, and after each gig we would go backstage to rap the musicians. Of course, everyone knew who Charlie was. But to their surprise, he also knew who they were. Beyond the 40s and 50s jazz he grew up with, he was always interested in listening to the newest and youngest stars on the scene, and he always took the time to visit and chat with each player – not like the star who he was, but just like a music enthusiast. Lots of musicians were friends of mine, and I would invariably get a call or email the next day or even the same evening, telling me how special the experience had been, how sweet and kind Charlie was to them. .

The most important thing a drummer can offer a band, and the most important thing one person can offer another, is time. Charlie Watts illustrated this better than anyone I know. He used his time to celebrate the music that had given him so much. He reveled in being surrounded by jazz players, but in those moments, behind the scenes and in the studio, he offered his attention to everyone – to friends of friends, to people he had never had. never met – because they interested him too. He was the Rolling Stones’ timekeeper for almost 60 years, but when he wasn’t on stage with the greatest rock band of all time, he was giving up all his time.