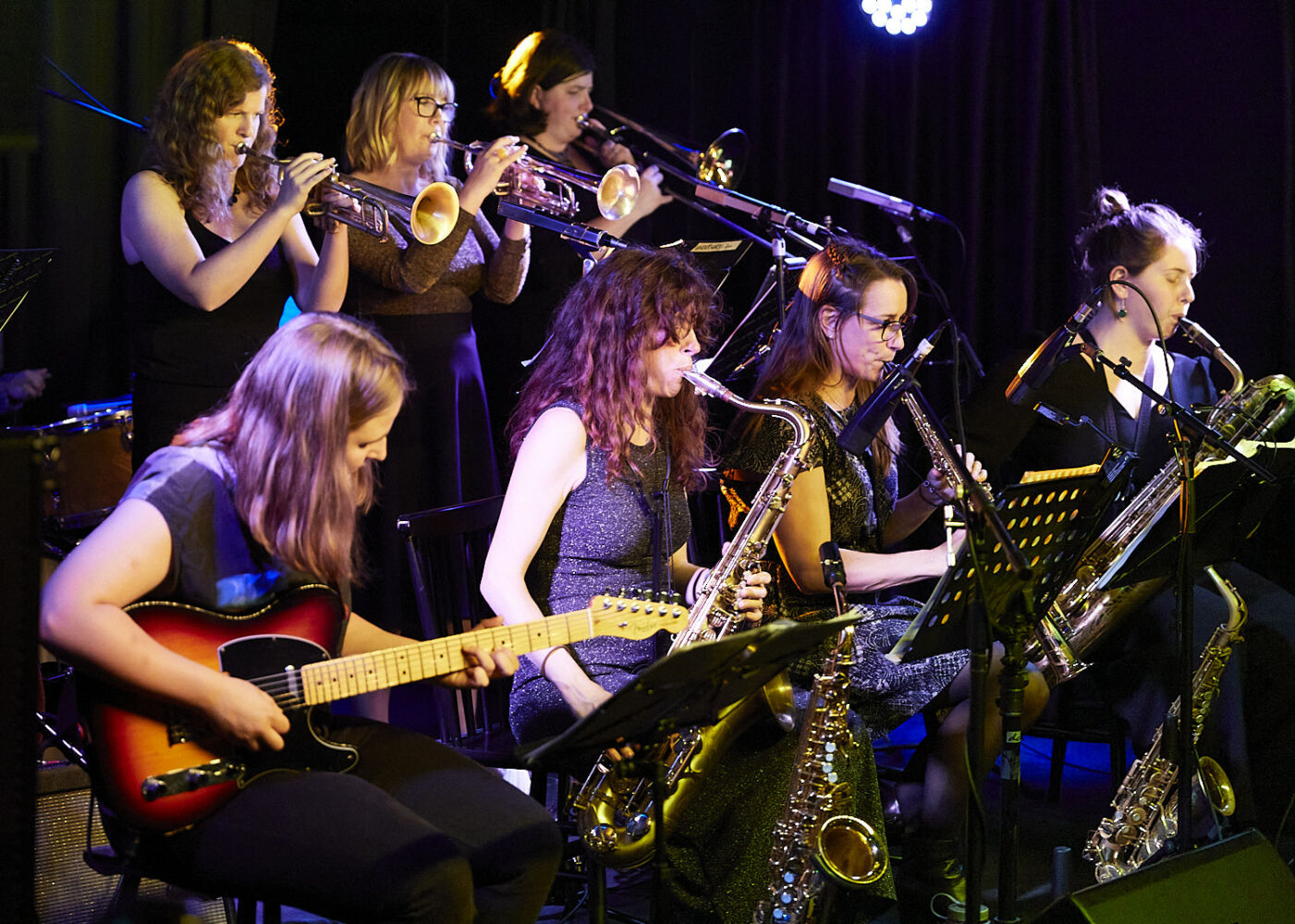 There is something really great about the big band today, especially when the ensemble includes some of Australia’s best jazz musicians performing today. Sunday night at The Foundry 616 saw the re-emergence of Sydney-based ten-piece group Pharos after a long and unintentional hiatus due to this miserable global pandemic.

The group, led by bassist Hannah James, made their triumphant resurgence as part of the Sydney International Women’s Jazz Festival 2021, opening the evening with a composition by Silke Eberhardt, a former festival artist in residence. Kali Gillen immersed audiences in a broad, shimmering aura with her baritone saxophone, bringing together the breadth and vibrancy of Eberhardt’s unique elliptical sounds through her grounded technique.

Trumpeter Louise Horwood changed the mood in the packed house, opening the next room with a haunting spectral tone. The chilling debut conjured up images of a dark, ominous forest somewhere in the middle of Norway – the enigmatic soundtrack of the opening credits of a Nordic film noir. A veil rises halfway, pushing the melody forward into fiery development, as Horwood’s mastery of the trumpet proves that you can tell a complex, multi-layered story only through this polished brass instrument.

There is a lot to be said for Horwood’s graceful performance of the dramatic yet tender melody. In his hands, the trumpet is a vacillating and awe-inspiring soul, traveling through a barren landscape, preparing for another night of worthy loneliness.

A wonderful interlude by Lauren Tsamouras on keyboards with Hilary Geddes on guitar (this year’s Freedman Jazz Fellow) fleshed out the track into a warm and jarring lament. 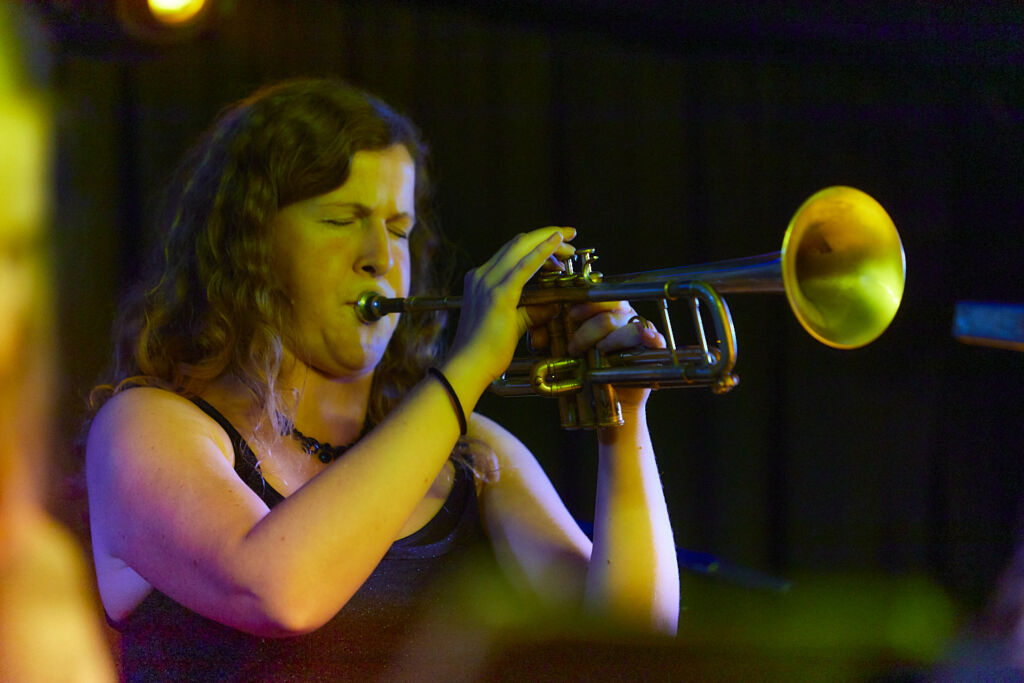 What becomes clear in the first set alone is the ensemble’s imperceptibly phenomenal skill in moving through the various emotional tenors of each composition with unwavering clarity and poise. The whole set transforms into a different creature with each number – a bright, slippery sea anemone that cuts across the ocean floor, twists and turns through the tides; a lonely moose, yearning for its lost mother after a blizzard.

Coming behind a dizzying display of one of trumpet player Ellen Kirkwood’s latest compositions, players rushed into Sandy Evans’ Piece of rest– which the Sydney-based composer and speaker wrote after her mother’s death. Unspeakable grief and grief are hard to put into writing – but this music comes very close to conveying the unbearable fragility one feels after losing a person of great importance.

The sadness is monstrous. The pain is delusional. Somehow, the musicians unearthed an emotional cohesion that turned the grieving process into an embracing art. Under chiseled neon lights of blue, pink and red, Horwood transformed his instrument into a crybaby, and Gillen’s baritone saxophone unleashed passages of deep, sonorous choruses.

An energetic and changing composition by tenor trombonist Alex Silvers closed the first set, sealing the evidence of the ensemble’s alchemical ability to transform phonic tension into eye-opening experiences. The fervor and intensity with which each note is performed is sensitively balanced with a rushed commitment to the phrenic core of each composition.

Sophie Min’s world premiere Pomegranate seeds opened the second set, with a hypnotic entry from Tsamouras on the keys. The piece also showcased James’ energetic originality on bass, as she sculpted the strings with her bow with a cool, understated quintessence of jazz greats.

Min, a Brisbane-based pianist and songwriter who won the APRA Mentorship of Emerging Composers from SIMA in 2020, embarks on a sonic inquisition into her piece, moving from posed harmonies to unsettling eclectic fusions of traditional meters and kaleidoscopic dallies exploring different textures and layers. It’s both scary and delightful to hear. In the end, you feel purged of any certainty about what jazz should do or say. There is no command but command of one’s own flourishing uncertainties, the play seems to say. 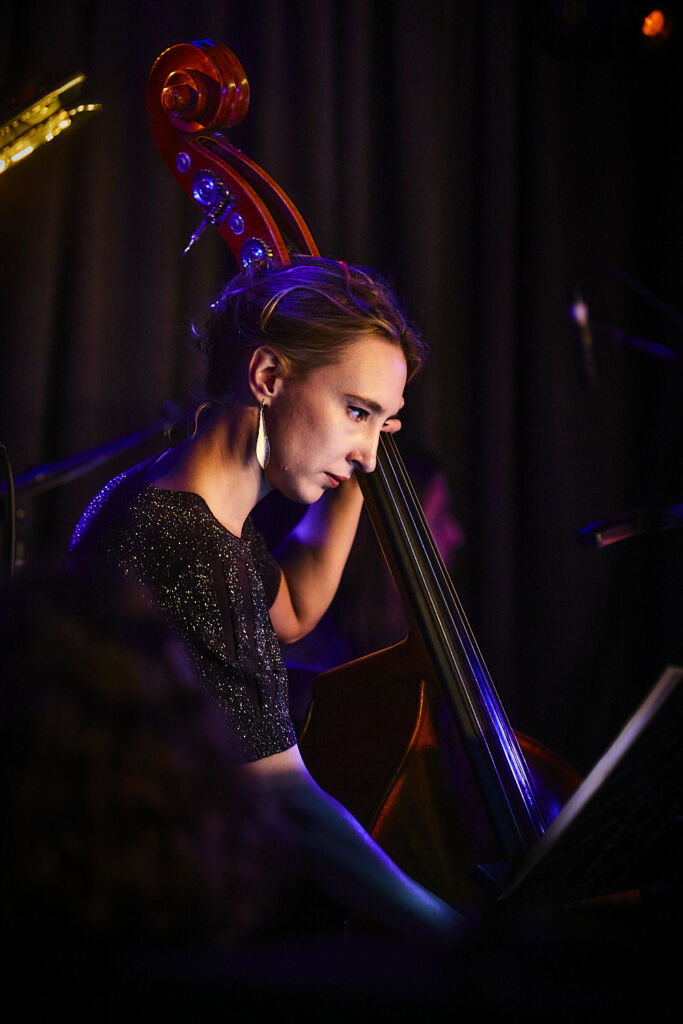 The group’s polyrhythmic flamboyance is shared by all members – special mention must be made to drummer Bonnie Stuart, whose virtuoso panache catapulted the group into a solemn collective reflection on time and space.

Jenna’s cave Long lost enemy glowed with exuberant energy – it was suddenly as if the ensemble had bought sunlight into the dark interiors of the low-ceilinged room. The glow and warmth of the sun has been channeled through the fluid euphonic improvisations of Mariela Mulder – hearing her play feels like you’re swimming in a wave on a sparkling summer day.

Tense. Dynamic. Shade. Tender. More impressive is how the group managed to display all of these remarkable achievements while diligently maintaining a good balance on the stage. The ensemble closed the evening with the arrangement of Helen Sung of Bye (Thelonious Monk) with a devilishly good solo from saxophonist Loretta Palmeiro.

It was poetry through sound Sunday night – and these musicians understood the key to playing good jazz: an invulnerable attachment to the spirit of music and the relentless tenacity to explore the full range of human dynamics through a intuitive collaboration.