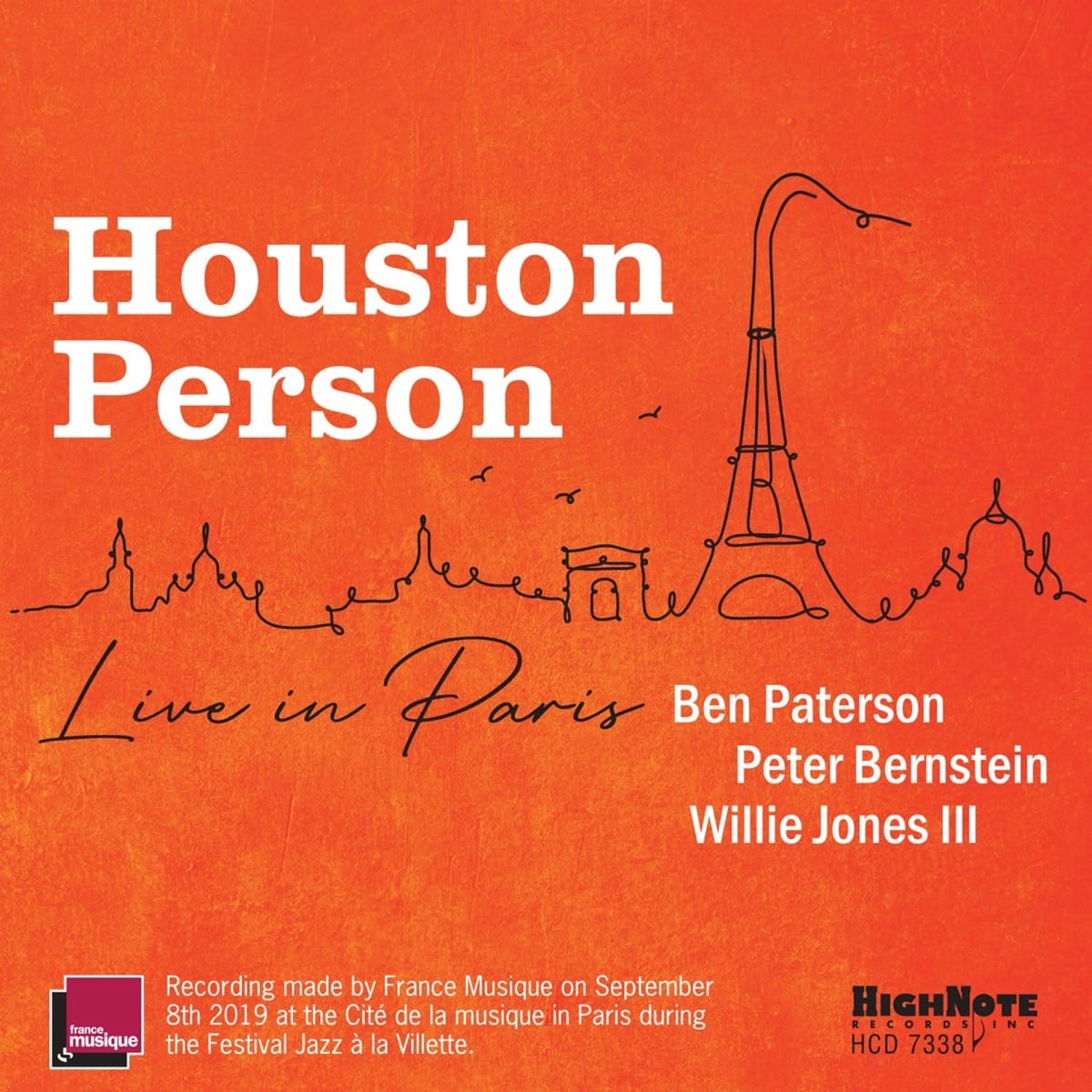 Person from Houston: Living in Paris

It’s hard to believe hearing his warm, confident playing that at the time of this concert, tenor saxophonist Houston Person was only months away from his 85th birthday.

Always attached to the melodic intentions of the composers of the music he selects, when playing ballads, it is clear that like all the best instrumental soloists, he is also aware of the lyrics of the songs he performs. This special quality was an important facet of his decades-long musical association with his wife, singer Etta Jones (1928-2001). He has also worked with many groups as the frontman of the house band at HighNote Records.

In the mid-1960s, Person recorded a debut album of his own name on which he conducted a quartet including an organ. This formation was then the favorite of the fans and since then there is no shortage of tenor organ groups, their popularity continuing to this day.

It is such a group that Person leads here during a session recorded live at the Cité de la Musique in Paris during the Festival Jazz à la Villette 2019. Person’s collaborators are Hammond B-3 organist Ben Paterson , guitarist Peter Bernstein and drummer Willie Jones III. There are long saxophonist, organist and guitarist solos on all tracks, including all four ballads. All are in great shape, playing with skill, understanding and invention.

On the medium and up-tempo tracks, Person balances with consummate ease, drawing his collaborators with him. Throughout, these three are cleverly cushioned by Jones’ skillful play, who also has occasional moments in the solo spotlight, especially on Lester Leaps In.

It’s a well-recorded set, and the audience is clearly grateful but never intrusive. Mainstream jazz lovers will be delighted.