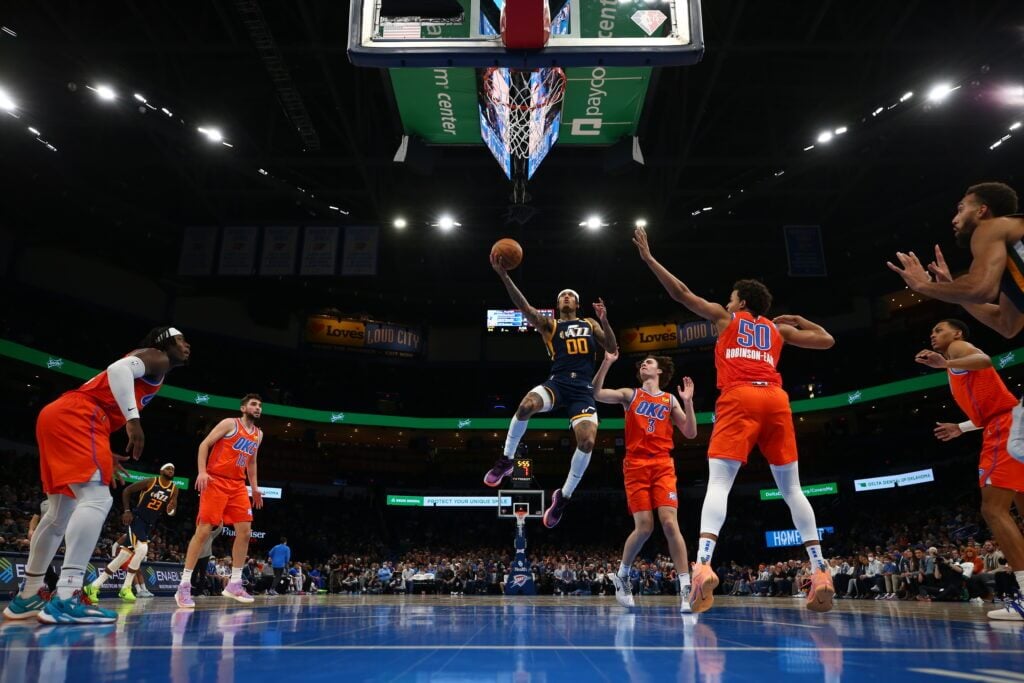 If you’re a Utah Jazz fan, it’s understandable to be at least a little concerned with the first 18 games of the season.

Jazz didn’t look like the juggernaut it was a season ago. They let slip games they shouldn’t have lost. They allowed lower teams to hang around when they had nothing to do. Wednesday night’s 110-104 victory over the Oklahoma City Thunder is the latest example. A team without its best player, Shai Gilgeous-Alexander played well enough in the opening 45 minutes to be in position for an unlikely win in the final three.

So even with the Jazz sitting at 12-6 this season, third in the Western Conference and with all measurements indicating that they are an elite team at both ends of the field, any Eye exam can tell you that there is a lot of cleaning on both sides.

At the same time, if you look at the big picture, you have to take a look at what the teams are doing against Utah. Whatever has made this group uncomfortable in the past, teams are doing more than ever in Jazz this season. Small queues with big shots? Teams use this against Jazz. A physical game, designed to get Jazz out of its attack? The teams do that. Teams that change everything defensively? The teams do it almost exclusively against Utah.

In case you missed it, these are the ingredients that allowed the Jazz to bounce back from the previous playoffs in a second round loss to the LA Clippers.

It certainly looks like the rest of the league was watching this series.