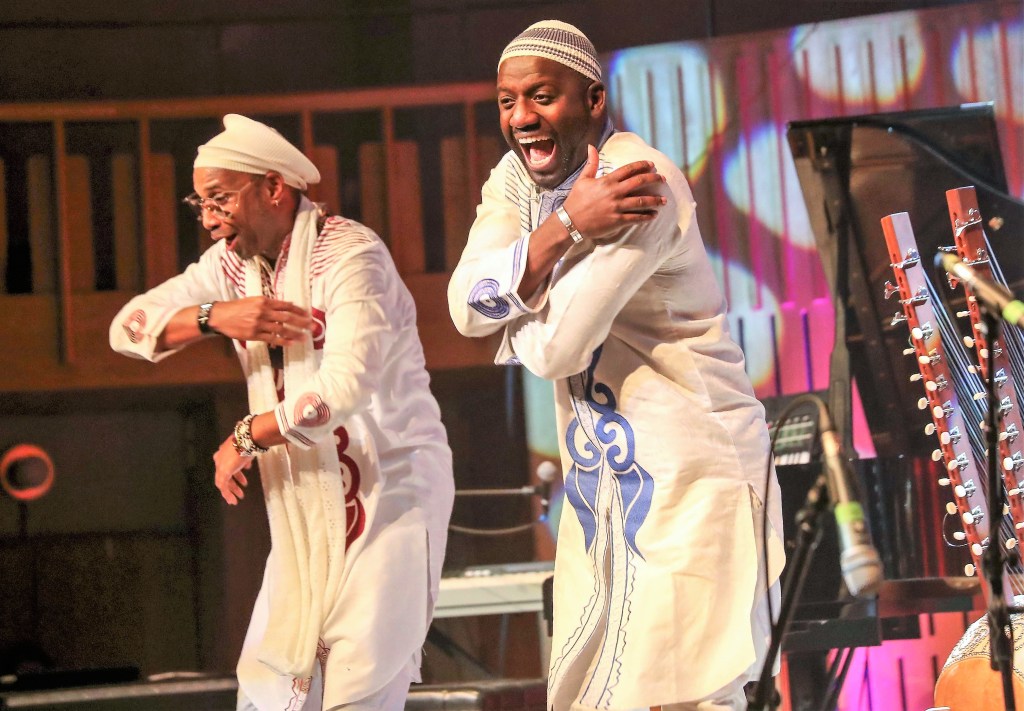 Born in 1965 in Camagüey, Cuba, Sosa is a seven-time Grammy-nominated jazz pianist who mixes traditional Afro-Cuban rhythms and melodies with contemporary styles. Sosa began playing percussion and marimba at the age of 8, and only took up piano due to a lack of marimbas in Havana. He studied piano at the prestigious Escuela Nacional de Música in Havana and in 1993 left Cuba to live in Ecuador. He lived in the Bay Area from 1995 to 1999 and is now based in Washington D.C.

Sosa describes the music on SUBA as “a hymn to hope, to a new dawn of compassion and real change in a post-pandemic world, a visceral reiteration of humanity’s eternal prayer for peace and unity. “. SUBA also includes Jaques Morelenbaum on cello, Dramane Dembélé on flute and Yohann Henry on modular effects. The Sentinel recently spoke with Omar Sosa about his musical debut in Cuba.

Q: “How did you start playing music?”

A: “It all started when I was in fourth grade,” Sosa explained. “I have always had an attraction for music and I told my father that I wanted to study music. But at that time, I was a bit confused. I didn’t know if I wanted to study dance or become a basketball player! But I started playing in my school marching band and my teacher said, ‘Maybe you should be a musician. You have what people in America call groove.

“In Cuba, we say tumbao. So I took music more seriously, I went to music school and everything was fine. Sosa explained. “Actually, I started on the cello before switching to percussion because my hands weren’t big enough to play the cello octave. I have to thank my teacher who told me: ‘Omar, you will never be a good cellist with these hands!’ I said, ‘Well, I want to continue studying music. I don’t want to stop. He said, ‘Well, move on to the drums.’ I don’t know if he said that because I was constantly playing rhythms on all the tables! But I have to say thank you to him because on this basis, I am able to make the music that I make today. For me, rhythm is essential.

Q: “I often hear phrases in music as phrases that make up stories. Ideas are expressed even if there are no words.

A: “Totally. And human life is like that too. Some people have happier melodies in life and some people have darker melodies. Some are more thoughtful and others more wild. But we all come to this earth with a message to deliver,” Sosa explained. “The key is to find a method and be honest with what our spirit and ancestors are giving us as a message and finding a way to replicate or express that message.”

Q: “Cuba is known as a very musical place. Is that how it grew up there?

A: “Yes! Cuba is a musical country,” Sosa said. “Even on the bus, when people are talking, you hear music. In a way, it’s like they’re rapping or doing spoken word. And it can be a bit crazy because the bus can be really full of people with all their different music going on together! Can you imagine 20 people, each coming with their own music? It’s an interesting cacophony! But inside this cacophony, you will always hear the roots of Cuba and it’s always smiling and being happy even if we have problems. Even now, with all the economic problems, you go to Cuba and I know one thing; you will always have rum and music! We have music in our blood. Part of the reason is the tropical climate. The sun gives you hope and optimism. The sun is light. That’s why we called the album “SUBA”. It means “sunrise” in Mandinka.

Q: “Were there any musicians in your family? »

A: “The only musician in my family was an uncle I met in his twenties. But my dad listened to music every Sunday morning, religiously. He put vinyl records on the tocadisco, a kind of gramophone or turntable He did this every Sunday for 15 years, starting at 9 a.m. and ending at 8 p.m. He had a really good vinyl collection with Nat King Cole, Glenn Miller and Count Basie,” Sosa recalls “Later on, I carried on that tradition with my friends, getting together and listening to vinyl. We were all like, ‘One day, we’ll play music like this.’ ”

We all end up dancing

Q: “I love the SUBA album. Tell me a bit about setting this up.

A: “Suba is a project born at the beginning of the COVID period. We are still in COVID, even if no one talks about it anymore. But when we had the first lockdown, I started writing new music in Barcelona. Seckou did the same in Senegal. One day he called me: ‘So, can we do the next album?’ I said, “That’s not a bad idea. But right now we’re stuck inside our house and we can’t travel. He said, ‘Don’t worry. Soon everything will change. And he did. A few weeks later things opened up a bit and we managed to go to Menorca to work together and later we went to Germany to record the new album,” Sosa explained. “It’s African music mixed with Cuban music but thoughtful, meditative and contemplative. And at the end of our performances, we all end up dancing!

Q: “Do you have any new projects and albums on the horizon?”

A: “A friend of mine just told me I’m a workaholic. I said, ‘Well, it is what it is.’ I always think; if the message arrives, it is better to spread it. Don’t keep it indoors. Sometimes you don’t want to say something because maybe it’s not the right time. But it can hurt you if you don’t leave space inside for new ideas and new messages to flow through. That’s why I make records when I have inspiration,” says Sosa.

“I recorded a solo piano disc in Italy. Personally, I really like it,” Sosa continued. “I don’t know when it’s going to come out, but it’s there. This month will release a record of a duet performance I did in 2019 at the Beethovenhaus in Bonn, Germany with an amazing Cuban pianist named Marialy Pacheco. We have good chemistry when we play together. Last month, I was in Sao Paulo, Brazil, recording with my good friend, Tiganá Santana. I’ve always dreamed of making a record with him! It is called “Iroko”, the name of a sacred tree that we use in our Afro-Brazilian religion, Santeria. The release is scheduled for November.

“On May 11, I will start recording my third disc with Paolo Fresu, an Italian trumpeter. The first was ‘Alma’ (2012) and the second was ‘Eros’ (2016). This new one is called “Food”. We will have a few guests like Jaques Morelenbaum on cello and a few rappers. All the music will be surrounded by sounds that we generate when cooking and eating food!

“And I have another project coming up with my B-Bay Quartet in California with Josh Jones (drums), Sheldon Brown (saxophones) and Ernesto Mazar Kindelán (bass),” Sosa said. “Josh was one of the first musicians I played with in the Bay Area. In August or September we will be in New York, Chicago and maybe San Francisco and Santa Cruz! We are doing this tour. moment, the tour we have is SUBA and I invite everyone to discover this beautiful project full of peace, love, unity and diversity.Always with an afro spine.

“The music is full of peace, love and contemplation. This is where I am now,” Sosa explained. “I don’t want muscle music or testosterone music. Today’s world is full of testosterone! Feminine energy can save the world. We need to calm down and have peace, quiet and consensus. I’m not saying men don’t have it. But when testosterone gets macho, wait a minute! This is how I am a feminist.

Listen to this interview with Omar Sosa and listen to his music today at noon on Transformation Highway with John Malkin on KZSC 88.1 FM / kzsc.org.