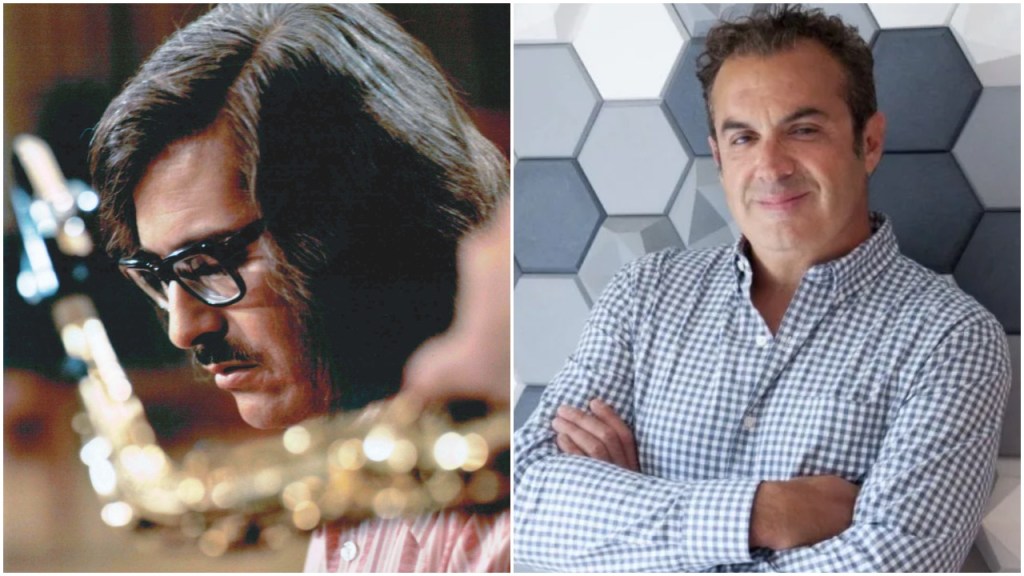 There are a few artists who have been flagship artists for Record Store Day over its 15 year existence – among them the Grateful Dead, Dave Matthews Band and David Bowie, all of whom have had several exclusive LP releases for RSD – but perhaps none have seemed so synonymous with the day as the great jazz pianist Bill Evans. And Resonance Records, the archival label that started Evans’ wave of live releases, is doubling down on the legend this weekend with twin tracks, “Morning Glory” and “Inner Spirit,” both recorded in Buenos Aires in the 1970s but never officially released until now.

As with all previous Resonance Evans titles before them, this pair of double LPs likely won’t last a full day in stock at most independent music stores that have ordered it. Which isn’t to say the music will vaporize: A CD release of both albums will follow just a week later, compared to the previous month-long window that Evans fans used to wait for. a large output of sets. But hardcore wants the very limited vinyl releases and will be rubbing elbows with all the Taylor Swifties this weekend to land their exclusive release.

Yet there’s even more up the sleeve of Zev Feldman, the co-president of Resonance (along with founder George Klabin) and famed “jazz sleuth” for his extensive efforts to find and buy the rights to tapes that have been held underground. for years. With Resonance or another label he works with, Elemental Records, Feldman has three other collections coming out Saturday in addition to Evans’ albums: Chet Baker Trio’s “Live in Paris”; “Revelations” by Albert Ayler, a box set of five LPs; and Charles Mingus’ “The Lost Album from Ronnie Scott’s”, a three-LP set. None of these have been turned around quickly to enter some sort of perceived boom in 2022: Feldman says he’s been working on the Mingus collection with the musician’s estate in some capacity for 11 years.

Even for anyone planning to sleep in, wait a week, and pick up one of these CD releases at their leisure, April is a sweet month to be a classic jazz fan.

“To me, this is the most monumental record store day to date,” says Feldman, who has never put five records on the market at once before. “I’ve been working on these projects for a few years, and it’s fitting to release them all on RSD’s 15th anniversary. This is all very important and really covers all ends of the jazz music spectrum to appeal to different audiences.

For a few years, Feldman had differing views on how big of a window to leave between the limited vinyl and unlimited CD releases of the coveted albums they put out. Eventually, some experimentation led to the realization that in almost all cases, vinyl will be gone in a flash, whether the music was released digitally practically a minute later.

“We really appreciate the folks at RSD for allowing us to release these projects on CD and digital as well,” Feldman said. “The reality is that every LP will ship out of print and go right away. Then we’ll shift gears and focus on CD and digital sales opportunities. I want to make sure people can get their hands on this music somehow. All the press articles are getting a lot of excitement, and it’s not much fun if people have to wait a month to get the CD. I like to remind people that physical retailers need our help all year round to sell CDs as well as LPs.

He adds, “We still don’t stream these albums right away and generally like to wait a bit as part of our methodology. Physical sales allow us to recover the colossal investment of these projects with all the love and attention we give them. These projects are massive undertakings for labels, and we are eternally grateful to RSD, as their passion and support allow many of these projects to see the light of day that might otherwise be too risky to undertake.

Of what turned out to be Resonance’s unofficial flagship artist, Feldman said, “It’s really exciting to know that we’ve made a difference, through the Record Store Day organization, by being in able to raise the profile of Bill Evans so high. It just worked like that. There have been an abundance of projects, and we have been able to leverage the RSD vehicle to bring them to market. He has toured the world and given concerts for many, many years. Luckily, many of his gigs have been documented to a high standard, giving us a golden opportunity to build something special with Rolls Royce quality. I hope people will keep coming back.

The extensive liner notes on Evans’ projects include interviews with all of the surviving musicians of the two trios depicted (Evans himself died in 1980, but Eddie Gomez, Marty Morell, Marc Johnson and Joe LaBarbera live and speak), as well as essays or discussions with historians and other great pianists (like Richie Beirach and Enrico Pieranunzi). Writers and interviewees note the unusual circumstances of the two Buenos Aires concerts, which took place in 1973 and 1979. Both took place during periods of particularly volatile unrest in Argentina, which would have had an effect on the mood of the public, if not the musicians’. (Both shows have also been pirated before, Feldman notes, but not to this level of quality — and obviously not with the musicians or their paid survivors.)

The 1973 concert in particular has a few quirks: Due to its last-minute nature, it took place with a minimal setup in a cavernous, freezing historic theater in which everyone involved had to wear overcoats…and at the 10 hour ungodly isn’t everyone’s idea of ​​a prototypical jazz executive, but attendees swore it was one of the greatest concerts they’ve ever seen, and Evans, who often avoids encores, succumbed to loud goodwill and returned to the stage three times.

Music never starts at a peak level. “Bill Evans knew how to perform in front of his audience, in addition to performing for himself and creating the music as he envisioned it,” says Zeldman. “Looking at a lot of his recordings, there is a beauty and a subtlety. It doesn’t have to be a big flash right out of the gate. Evans has the ability to get an audience on all fours, and it shows in the way the audience reacted.

Generally speaking, he adds of Evans: “He is one of the great jazz musicians and composers of the 20th century, and his music transcends generations and audiences. There is something to be said for the beauty and uniqueness of his music. I am grateful that people are making these discoveries for themselves. There’s always that moment when you hear an artist for the first time and it captivates you. I think we were able to accomplish that feeling for a lot of new and old Bill Evans fans for RSD.

Feldman doesn’t want his other outings to get lost in Evans’ gold rush on Saturday, of course, and that’s unlikely given the iconic caliber of everyone represented.

He expands on the others, starting with Mingus’ “The Lost Album from Ronnie Scott’s”, which won’t be mistaken for an Evans-style trio record. “It features saxophonists Charles McPherson and Bobby Jones, trumpeter Jon Faddis, pianist John Foster and drummer Roy Brooks. These shows were professionally recorded by an 8-track mobile recording truck for future release that never materialized, until now. For the booklet we have liner notes from acclaimed British author Brian Priestley, who attended these concerts in 1972 and interviewed Mingus and McPherson backstage during the run, excerpts of which we have included in the booklet. I also interviewed social commentator and writer Fran Lebowitz, bass icons Christian McBride and Eddie Gomez, and Charles McPherson for the booklet. Serious Mingus fans don’t have this recording. It is also a celebration of Mingus’ centenary, as he was born on April 22, 1922.”

Ayler may be more of an acquired taste for the wider audience, but a lot of acquisition will happen with his set, one of two on the Elemental label this year,” Feldman says. “I carried these tapes on my back for years looking for a label, until, by chance, I connected with the good people at Elemental Music in Barcelona. They had a relationship, everything like me, working with the folks at Ina France, who oversee the French government’s radio and television archives.The Ayler set was captured in glorious stereo by the ORTF and contains over two hours of music We beat the bootleggers and presented all the music as it took place in July 1970, shortly before his death. This is the first official release of the complete recordings in the original footage, and as far as I know the only time all musicians and assigns have been paid Fans and associates who contributed liner notes as writers or interviewees talk about the extent of the musician’s following adventurous, including personalities from Jazz and Rock Carlos Santana, Thurston Moore of Sonic Youth, Carla Bley, John Zorn, Sonny Rollins, Archie Shepp, David Murray, Joe Lovano, Bill Laswell, Reggie Workman, James Brandon Lewis, Patty Waters, Annette Peacock, Marc Ribot and Zoh Amba.

And the title Baker, also for Elemental, represents a first collaboration with the estate of one of the main figures of jazz. “Not just any Chet Baker recordings, but superb live performances that capture an important part of Baker’s career, arguably in his third act, which have been well recorded and have never been pirated. These are recordings from 1983 and 1984 picked up by Radio France… with trumpet/voice trios, with the late Parisian pianist Michele Grallier and bassists Riccardo Del Fra and Dominique Lamerle. These unique trio settings allowed Baker to really stretch in a wonderful way. Of course, we paid all the musicians and put together an amazing package with liner notes from Ashley Kahn, Franck Bergerot and Pascal Rozat, plus interviews with live sidemen, bassists Riccardo Del Fra and Dominique Lemerle, and l former Baker pianist Richie Beirach.