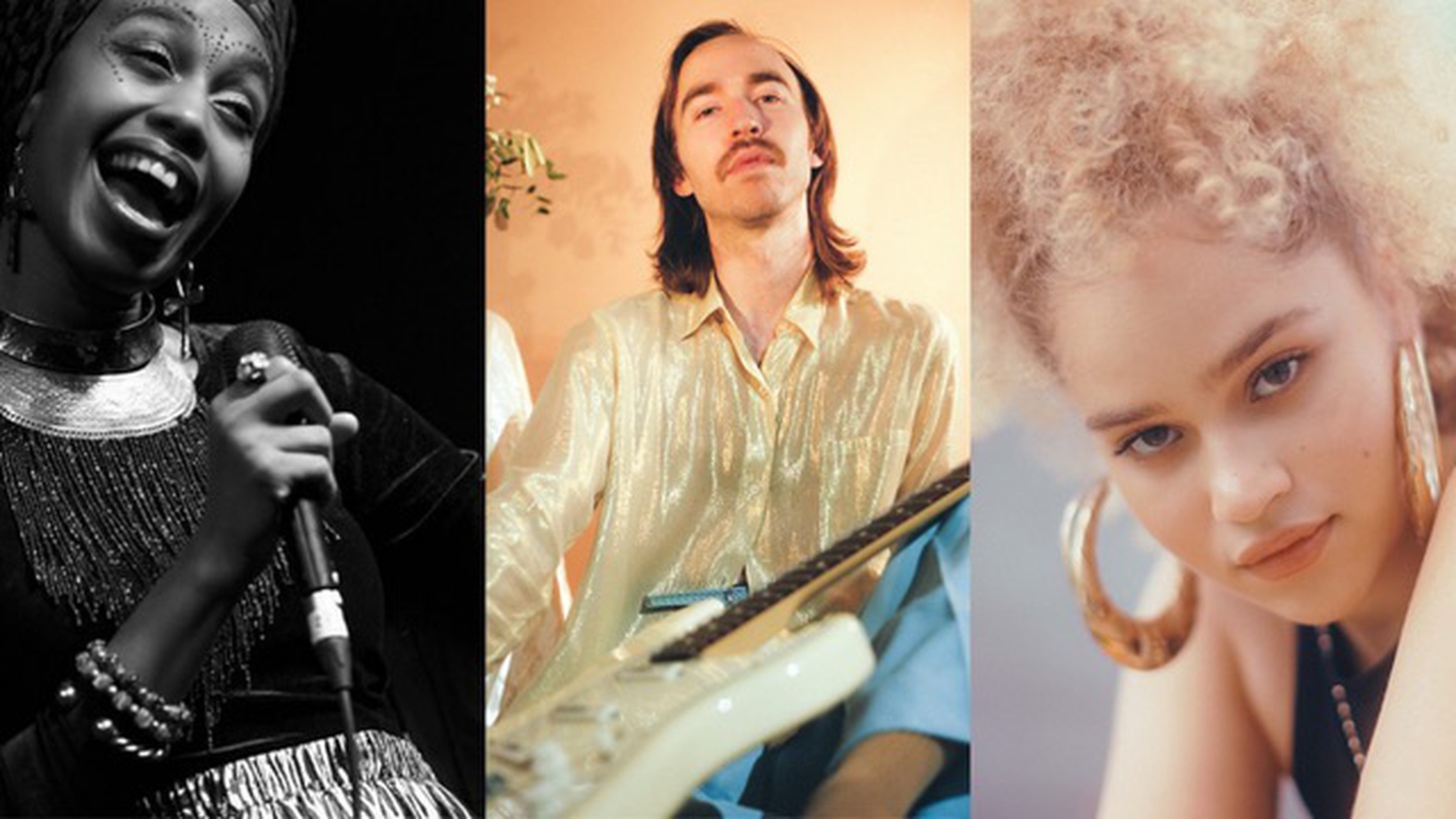 welcome to The best music you sent us, a bimonthly series to help you beat the algorithm. With each edition, we spotlight submissions from listeners and artists under the radar that catch our ears and that you need to know.

So much music, never enough time. After diving into the handwritten letters and holiday jams in our last two installments, we’re getting back to basics with some good old-fashioned submissions. This time around, we’ve got deep tropical bird-inspired funk, international grooves with a message, a new take on a Jill Scott classic, and more.

The Grease Traps are an eight-piece deep funk / raw soul outfit from Oakland. Their lead singer, The Gata, bills himself as “lead singer, dance inventor and fly guy everywhere,” and he certainly appears as all three on “Bird of Paradise”. The record is a nasty groove reminiscent of exotic bird dances like James Brown’s, and it’s the perfect thing to keep your energy up as we readjust to post-vacation routines.

New York-based, Dallas-born Jazzmeia Horn has already made a name for herself in the jazz world, with two Grammys under her belt and an album with heavyweight label Concord at just 30, and her ambitions are growing at each project. . “Dear Love” is the latest album from Horn and Her Noble Force, a 15-piece big band whose name is certainly no understatement. On “Let Us (Take Our Time)”, Horn and Her Noble Force do just that, guiding the listener through sections of mellow jazz vocals, lyrics and an exuberant drum and horn finale.

The singer saw her new album as an opportunity to challenge herself as both a songwriter and singer-songwriter, opening up to more personal and exploratory lyrics. “Dear Love”, says Horn, is about “love for my community, love for my culture, love for my partner, love for my children, love for myself… These songs are love letters for everyone “. “Dear Love” is now available on Horn’s own independent label, Empress Legacy Records, and available to stream wherever you listen to music.

Wild Bounce is the neo-soul dance music duo of Daniele Carmosino and Mabreezee, two musicians who met at a show in Barcelona and have never looked back. Mabreezee is a producer, singer and frequent traveler with roots in Angola and Portugal, while Carmosino is a composer, producer and sound designer from Italy. While the music they make as Wild Bounce draws from their own personal and musical inspirations, it is grounded in a shared love for experimentation, analog sounds, and samples.

Their most recent single, “One Shot”, is as mixed and creative as their origins. The track takes off to a rhythm machine rhythm, supported by an analog synthesizer and a heavy bass line. Mabreezee’s lyrics, meanwhile, explore the struggles, exhaustion and resilience of immigrants around the world in search of a better life. It’s a story that literally crosses borders and celebrates those who have overcome the impossible to find a new home. “One Shot” is now available on streaming services, and while Wild Bounce is a brand new collaboration, we’re excited to see what the future holds for the globe-trotting duo.

New Jersey-based singer-songwriter and model Yasmin breathes new life into Jill Scott’s classic “Golden.” On a slow-motion sample from Scott’s original, Yasmin sings his own lyrics that follow Scott’s vein of assertiveness, independence, and inner peace. The music is nostalgic enough to evoke the extreme confidence of the original, while the new lyrics are fresh enough to make this song Yasmin’s own. The result is an ever-relevant reminder of the importance of finding happiness and self-love from within. Yasmin’s “Daylight / Savings” EP, which lasts just under eight minutes, is a great introduction to emerging talent, with short R&B tracks and an excellent Spanish slow jam to accompany “Golden”. The EP is available now on all streaming services.

You might be new to the sounds of North Carolina multi-instrumentalist Fast Preacher, but you might already be familiar with his Chicago-based indie-soul quartet Fat Night. In his solo work as Fast Preacher, Daniel Hanson experiments with a range of sounds and feelings, creating dreamlike, airy and rock-inspired landscapes.

“Never Say Never” is Hanson’s collaboration with fellow Chicago artist, dream-pop singer-songwriter Claudia Ferme-Giralt (aka Claude). The song features the best of both talents. On soft rock instrumentation with a cosmic crescendo of synths and drums, Claude’s voice is sweet but confident as she sings about dealing with the end of an unhealthy relationship. “Never Say Never” is now available on streaming services.