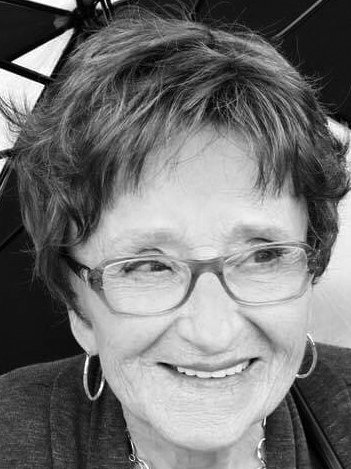 Then there was a Marilyn “Pat” Petry, a godmother extraordinaire during the faculty’s heyday in the 1980s, when a number of students in this jazz degree program emerged with national reputations, including Arriale, multiple Grammy winner Brian Lynch, David Hazeltine, Gerald Cannon, Carl Allen and others.

So, the time has come to honor this ongoing legacy during Women’s History Month in Milwaukee. The Institute founded a Jazz Music Fellowship in Petry’s name and will present the Pat Petrie Celebration Concert, 3-6 p.m., Sunday, March 27 at Jan Serr Studio, one of the newest event venues of the city, in the Kenilworth Square building at 2155 N. Prospect Avenue.

Then, on Monday, March 28, the Institute aims for a broader educational celebration as guitarist and jazz historian Silbergleit hosts an online Women in Jazz: Keys & Frets program.. It will be a question of investigating women keyboardists and jazz guitarists in the history of jazz.

None of this would have happened without the legacy left by Petry, a woman who was a strong advocate for the art form of jazz and, in her own distinctive way, could be compared to Lorraine Gordon of Village Vanguard fame or Pannonica de Koengiswarter, the longtime Thelonious Monk. patron.


She grew up in Menomonee Falls, married and raised three sons on a dairy farm, and in the 1970s began working in the travel industry, which allowed her to travel to her favorite cities, New York, Hong Kong, London, San Francisco and New Orleans, while deeply cultivating his taste for jazz, according to his son, Daniel Petry, a scholarship organizer.

From the 1980s to 2022, Pat Petry became a fixture in Milwaukee jazz clubs. In the pivotal 1980s, she befriended the jazz faculty and students of the Conservatory, including Berkeley Fudge, Manty Ellis, David Hazeltine, Brian Lynch, Mark Davis, Juli Wood, Adekola Adedapo, Dave Bayles, Paul Silbergleit and many others. As a travel consultant, she arranged trips for Brian Lynch to and from New York and the United States. She also worked with Juli Wood during her many trips to Denmark, Sweden and Norway in the late 1980s and 1990s.

In the 1980s and 1990s, Pat shared a weekend apartment in New York City and regularly attended the theater, then haunted jazz clubs at night, rubbing shoulders with many jazz legends. Her other passion included women’s rights as a volunteer for many organizations including the Sojourner Peace Center.

“So the Pat Petry Jazz Scholarship was created by family and friends in honor of Pat’s passions for jazz, young women and education,” explains Dan Petry.

Soak up the jazz-infused art of Joy Yamusangie