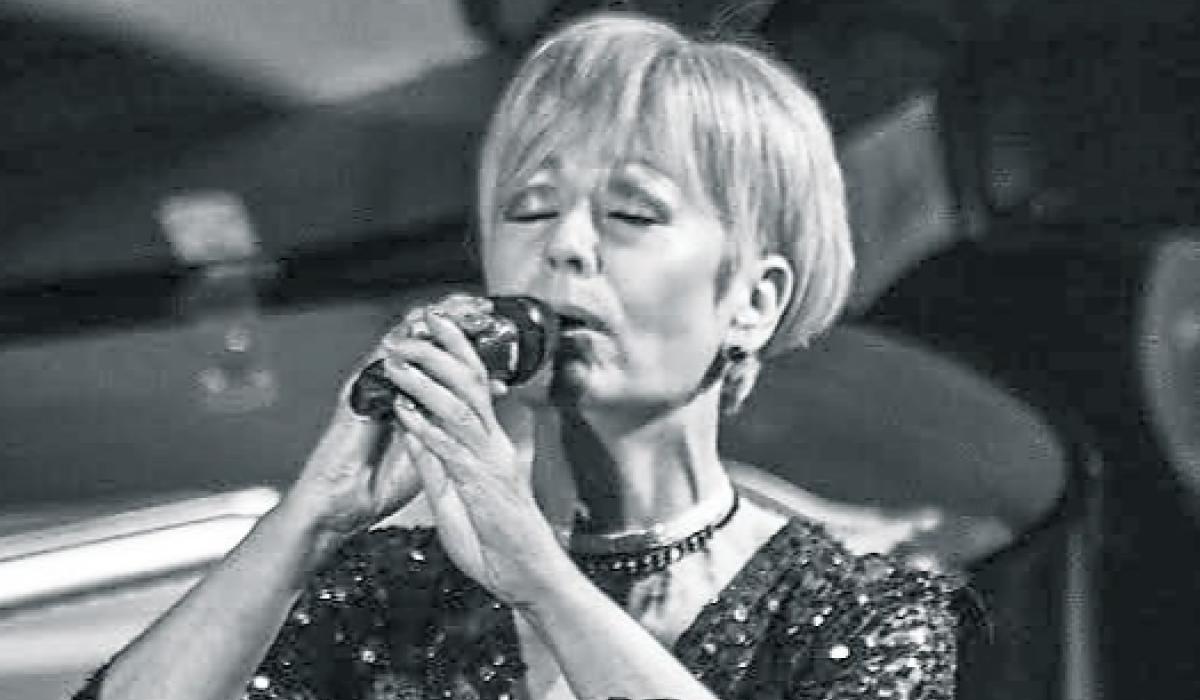 It’s been a few weeks since the Jazz Festival, but its spirit lives on in the hearts of music lovers across the city (and at Bennigan’s on Saturday nights, 5-8 p.m.).

This week, I’m talking to Ursula McHugh, a regular festival performer and one of the best local jazz singers in town.

During our conversation, Ursula told me about her lifelong love of music, her first band experience and her dream of bringing the jazz club scene back to Derry.

A lifelong music lover, Ursula’s musical journey began when she was a teenager, playing in a band called The Zodiac.

Describing them as “the first Spice Girls,” they practiced every Saturday, perfecting their dance routines and three-part harmonies while singing songs by Crosby, Stills, Nash and Young, the Eagles and more.

Growing up, the family moved around a lot, moving from Carndonagh to Drogheda, eventually moving to Dublin. Saying there was ‘no music’ there, Ursula was not actively involved in music again until she returned to Derry in 1999.

Returning to the stage, Zodiac began performing at the Derry and Limavady Jazz Festivals, where she is still a regular performer to this day.

Speaking of Derry’s music scene, Ursula says that after almost three years without live music, “it’s great to see the live scene regain the same vibrancy” it had before the big shutdown in March 2020. She singles out Bennigan’s, in particular, as playing a key role in this, talking about how it provides “that constant” with its Saturday night jazz showcases.

Speaking of the Jazz Festival’s recent comeback, she mentions the brilliant team that helped put it all together, specifically mentioning Andrea Campbell, “a mainstay of the festival.”

Ursula recounts how the festival “brings the city to life, with music on the streets, in malls, in cafes and bars” with “something for everyone, from purists to the most laid-back fans”.

In 2012, Ursula launched “Club Cabaret”, a recreation of the classic jazz nightclubs of the thirties and forties.

Paying homage to the often forgotten history of jazz in Derry at this time, Ursula and Co. have recreated the look of these clubs, with “lavish curtains, romantic lighting, tables draped in white linen tablecloths with small lanterns “.

It dates back to when American soldiers were stationed in the city, bringing with them “their musical culture of Broadway (New York, not Creggan), Manhattan and Hollywood.”

This was embraced by the city, Derry’s international reputation becoming such that “local impresario H. B. Phillips hosted famous stars…Paul Robson and Enrico Caruso on the Guildhall stage”.

This kind of scene is something Ursula would like to see back in town, a place where “people can have a cocktail, dance and listen to music”.

The idea behind ‘Club Cabaret’ was to capitalize on ‘the success of the Derry Jazz and Big Band Festival’ and ‘reignite our jazz and swing heritage’. In his words, “Derry has some of the finest jazz, swing and classical musicians in the world”.

Another of Ursula’s shows in recent years was called “Starstruck,” in which she paid tribute to Judy Garland, Barbara Streisand, and Lady Gaga, the leading ladies of “A Star is Born.”

Ursula cites Barbra Streisand and Judy Garland as two of her main influences, as well as her love of classic musicals from an early age.

She remembers one of the first she saw was “The Sound of Music” at the Strand Cinema.

This love traveled with her all her life. A person with eclectic tastes (as the best of us are), she also names among her favorites: Joni Mitchell, Neil Diamond, Carole King, Mary Black, Neil Young and the Carpenters, to name but a few. .

Looking to the future, Ursula is currently working on “a beautiful program with piano and strings” with pianist Dee Doherty, something she “likes to set up and let unfold”, she says.

Unfortunately Ursula couldn’t perform at this year’s Jazz Festival but hopefully she will be back on stage soon.

In the meantime, for those who want to enjoy a little Jazz, go to Bennigan’s from 5 p.m. every Saturday.

Louise Parker will bring her Jazz Quartet to Barnstaple