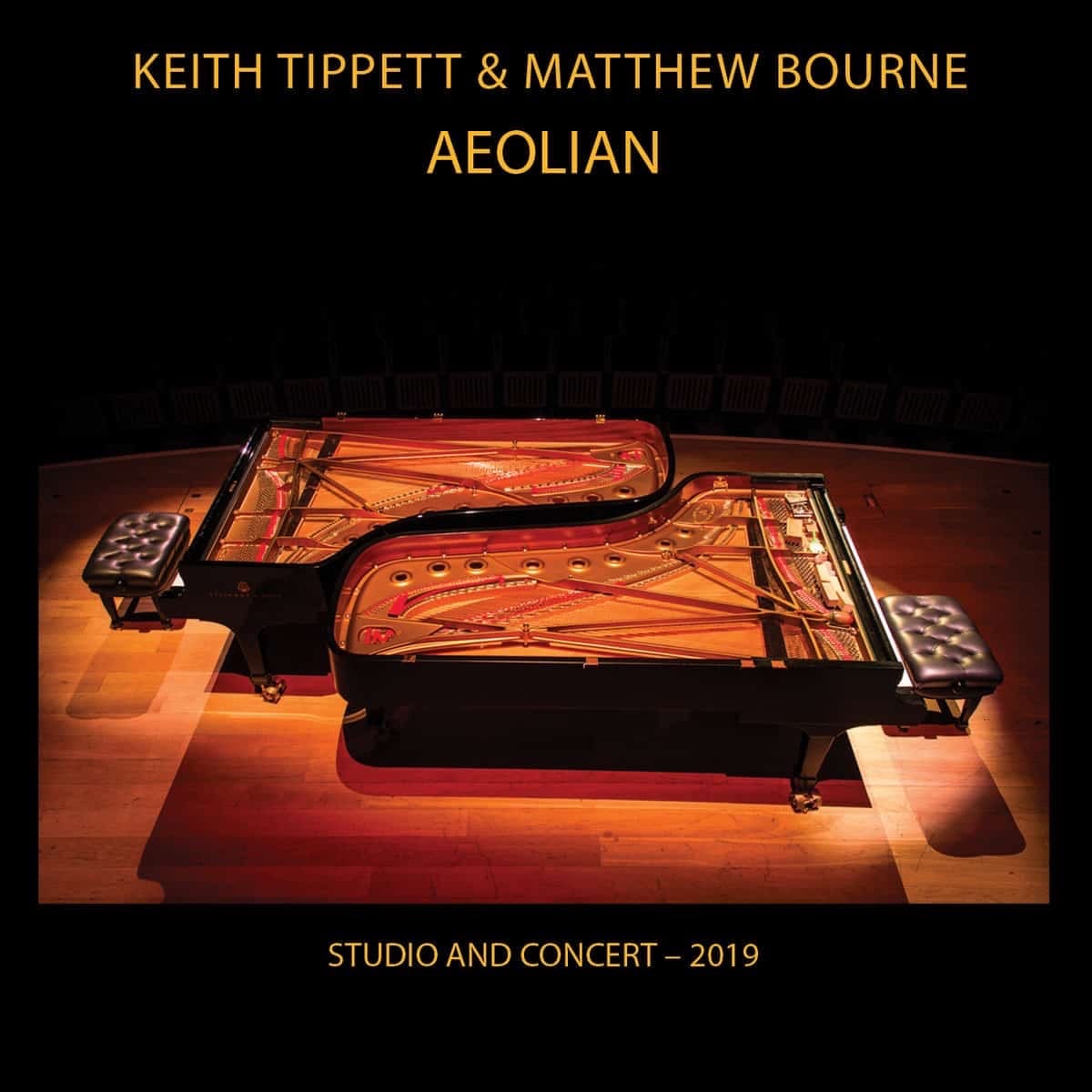 At the invitation of Keith Tippett, Matthew Bourne first teamed up with him in 2016, with the duo performing live for the first time at the London Jazz Festival in 2017. Almost all of the music they’ve made together has been documented on audio and film, the most memorable moments of which appear on this double CD set. The first CD is a studio set from Leeds, the second a live set from London; both date from 2019.

The eight shorter pieces in the Leeds set are a good example of how the two pianists interact, their equally percussive styles nevertheless leaving the other a lot of leeway. They also develop a very varied palette of sounds and effects which they constantly put to use in creative ways.

The overture of Etesians is harsh and combative, while in Buran the two surround each other with great respect, cajoling soft melodies and lullaby-like choruses that slowly develop a harsher side. In contrast, Brickfielder is a flurry of cascading notes and heavy chord interventions while Sirocco evokes a proverbial explosion of virtuoso performances.

Bise is full of empty spaces, silent interventions inside the piano cover, and high-pitched keyboard notes creating an eerie soundscape that gradually creates a repetitive momentum. Of all the pieces, Bora is the most abstract, darkest and most rolling arpeggio, complete with internal sawing of the strings that combine for a frightening effect. Samoon ends the duets almost romantically, with the two pianists waltzing together warily, while Tippett’s brief solo Something I Made Up is nostalgic in its reverie.

The continuous live ensemble of the Union Chapel Echo begins slowly, once again the pianists get to know each other. And then it opens up menacingly as torrents of notes pour in before more angular and aggressive passages appear which in turn give way to the inclined notes and the percussion noises of Keith which usher in a beautiful melody. with delicate precision.

What stands out here, as on the studio set, is that while the music threatens towards the atonal and dissonant, the two remain pretty much within harmonic limits, creating a harsh, multifaceted beauty that is fascinating to the eye. to listen. But it’s also poignant, as the live performance was Keith’s last public appearance, as he passed away in June 2020. It’s a masterful way to remember him.

Launch of the “Jazz for the planet of Tällberg”