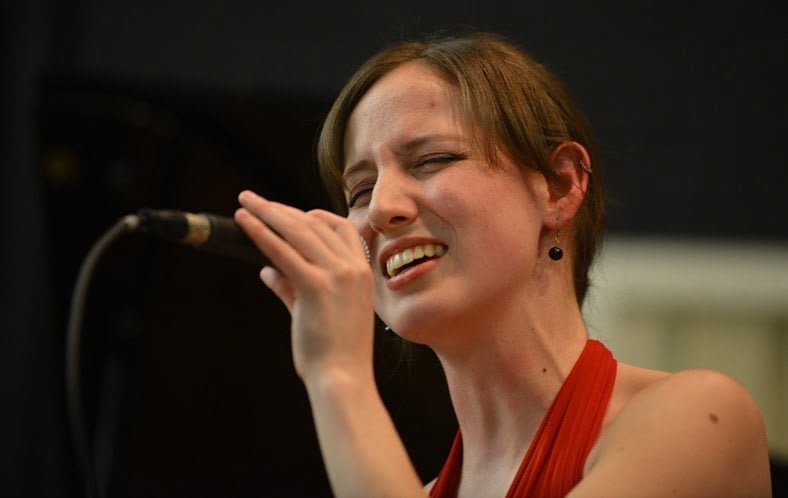 At times, Jazz on Jay feels like an extended family as players move from band to band and show off new or unfamiliar talents.

Kaitlyn Fay performs today at Jazz on Jay as a vocalist. However, she is probably best known as the baritone saxophonist of Keith Pray’s Big Soul Ensemble and the Brucker-Weisse-Canterbury Jazz Orchestra – just as Pray himself is best known as a saxophonist but played jazz on Jay the July 7 as an organist with his Ortet. .

Fay sings today with bassist Brad Monkell, drummer Cliff Brucker and pianist Wayne Hawkins. The quartet have played regularly at Stoney’s Irish Grill in Schenectady over the past year. Monkell and Brucker also performed Jazz on Jay with Kevin Carey on July 14.

“My jazz singing is heavily influenced by Ella Fitzgerald, Anita O’Day, Jane Monheit and Cyrille Aimee,” says Fay. She studied with Kim Nazarian and Peter Eldridge of the New York Voices, as well as Pete McGuinness of the Royal Bopsters, Nancy Marano of William Paterson University and Jon Metzger of Elon University.

By day, Fay teaches vocal music to students in grades 7-12 at Waterford-Halfmoon Junior and Senior High School. At night, she plays and sings jazz, performing in pit orchestras in musical theater productions, with two big bands and her own quartet.

“I very rarely play the saxophone at my singing gigs,” says Fay. “When it comes to small group jazz, I prefer to sing.”

In 2013, she released Curiosity, an album of jazz standards. “I did all the arrangements, sang on every track, and produced,” Fay explains. The album features favorite songs from Duke Ellington, Irving Berlin, George Gershwin and others. “Through these songs, we live the journey of finding love, heartbreak and learning that a little curiosity can go a long way,” she says.