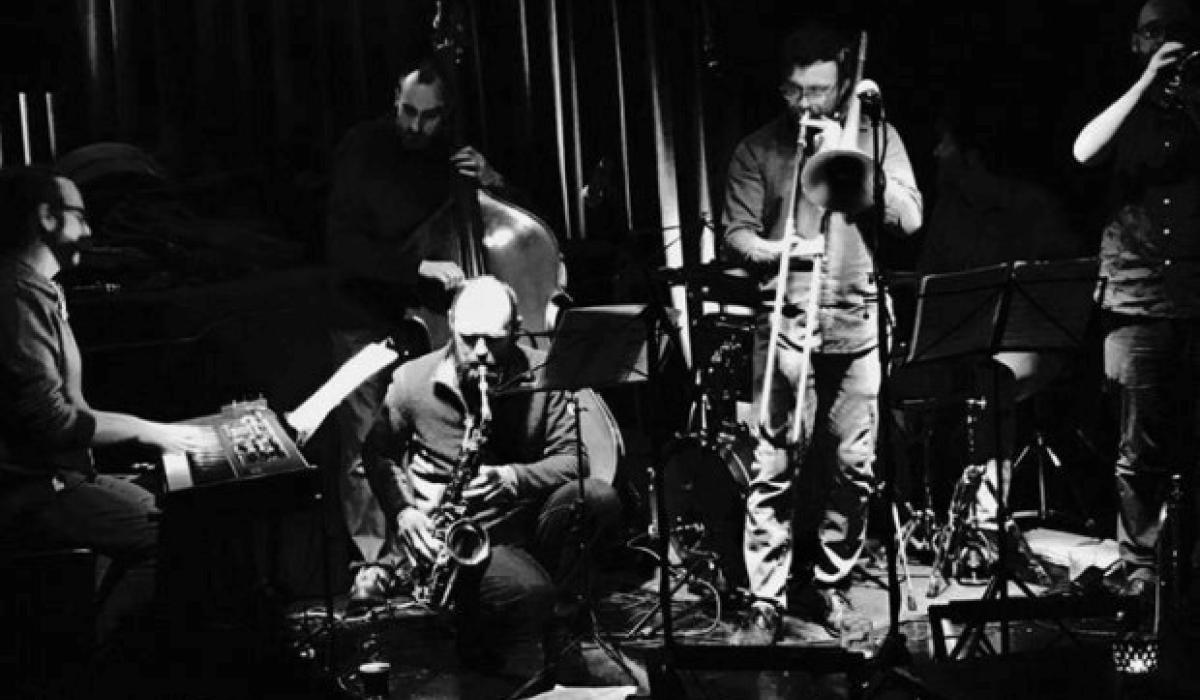 Dirty Jazz Club plays at the Dock on September 10
It’s been a pretty good year for jazz fans at the Dock with a number of sold-out concerts featuring some great international musicians.

Now it’s the turn of some local jazz talent to take the stage and what’s great is that the quality of the musicians might even be better than in previous gigs.
A long standing jazz ensemble made up of six of Dublin’s leading jazz musicians with over 20 years experience, ‘Dirty Jazz Club’ play a mix of jazz types from the early 20th century to the present day.
They are set to release another album and will be visiting The Dock to perform with some of their most recent recordings as well as many favorites from an extensive repertoire of songs.

The Dirty Jazz Club has been an integral part of the Irish jazz scene for over a quarter of a century.
Formed during a period of economic growth in the late 90s, their name evoked corners of the capital untouched by leather sofas, jazz brunch and Irish cafes.
The Dirty Jazz Band Club consists of Conor Murray (drums), Derek Whyte (bass), Darragh O’Kelly (keyboards), Cathal Roche (alto saxophone), Colm O’Hara (trombone) and Bill Blackmore (trumpet).
They play a heady mix of classic jazz standards alongside adventurous improvisations.

What is always present in their shows is the groove. The group’s first gigs took place in an anarchist social center where they provided an alternative orientation for jazz listeners, where the extended solos, group communication, human feeling and textural soundscape could breathe freely, through the music by John Coltrane, Wayne Shorter, Miles Davis and others. .
Their new album is, in fact, dedicated to Wayne Shorter and Dirty Jazz Club are dedicated to capturing and developing that elusive groove and taking audiences on meandering and thrilling sonic journeys. They play on Saturday, September 10 from 8 p.m.
Tickets are on sale now on 07106508298 or www.thedock.ie