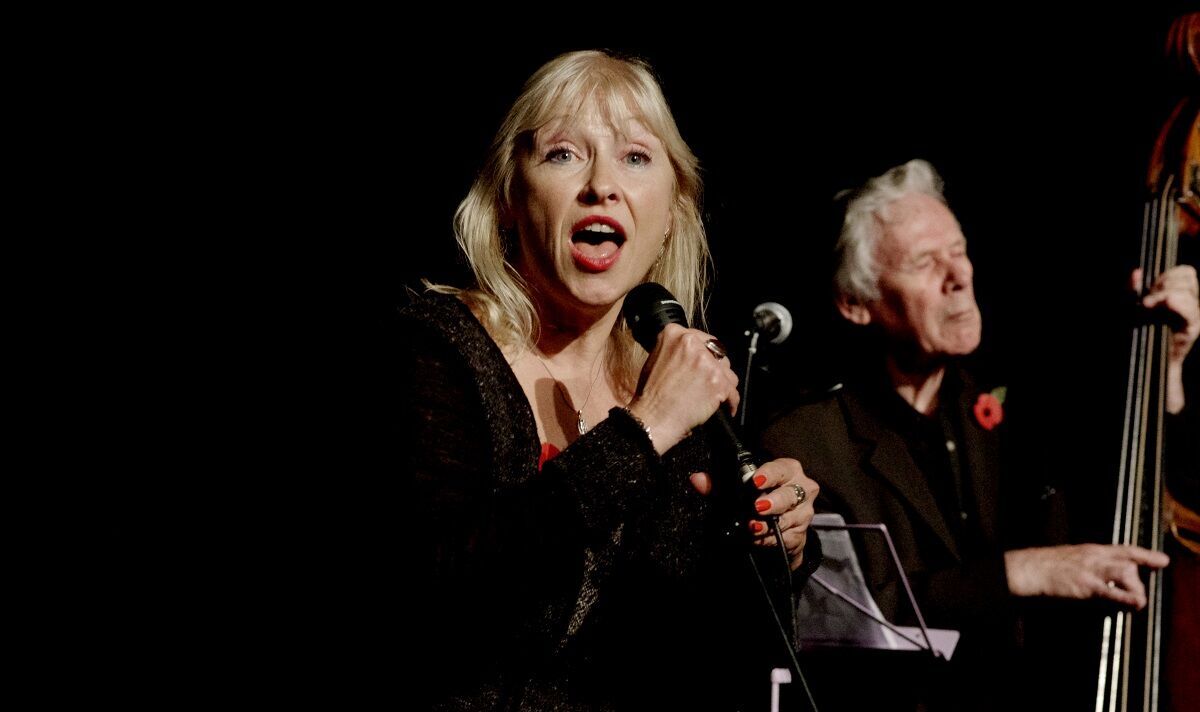 Born in Gloucester into a family of musicians – her parents were excellent pianists – she studied classical bel canto vocal technique at Cheltenham Ladies’ College before earning a degree in French at the University of Wales in Cardiff. During her studies in Paris, she liked to go to jazz clubs and met a classmate, the impressionist Rory Bremner. For fun, they wrote a review which they took to the Edinburgh Fringe Festival.

She kept jazz going while becoming a founding member of the Back Door theater company in Cardiff.

In 1992 the first of several albums, Never Let Me Go, was released and she built up a large fan base, including regulars at Ronnie Scott’s famous jazz club in London, who appreciated her give their all for their songs. May worked closely with pianist Ray Bryant and was delighted with their 2006 album Ray Bryant Songbook. Inspired by his brilliant playing, she found the lyrics to produce elegant and witty songs.

She showed the same talents in collaborations with pianist Nikki Iles.

French audiences showed their appreciation for her talent when she toured the country with the bilingual musical Lady In The Dark in 2009.

A gifted teacher, she was widely respected at the Royal Academy of Music, the Birmingham Conservatory and the RoyalWelsh College of Music.

In 1989 she married drummer Clark Tracey, and they had a son, Ben, and a daughter, Gemma.

May died of a brain tumor.

She is survived by her companion, saxophonist Simon Spillett.

The CURO Group (CURO) will publish its results on Monday