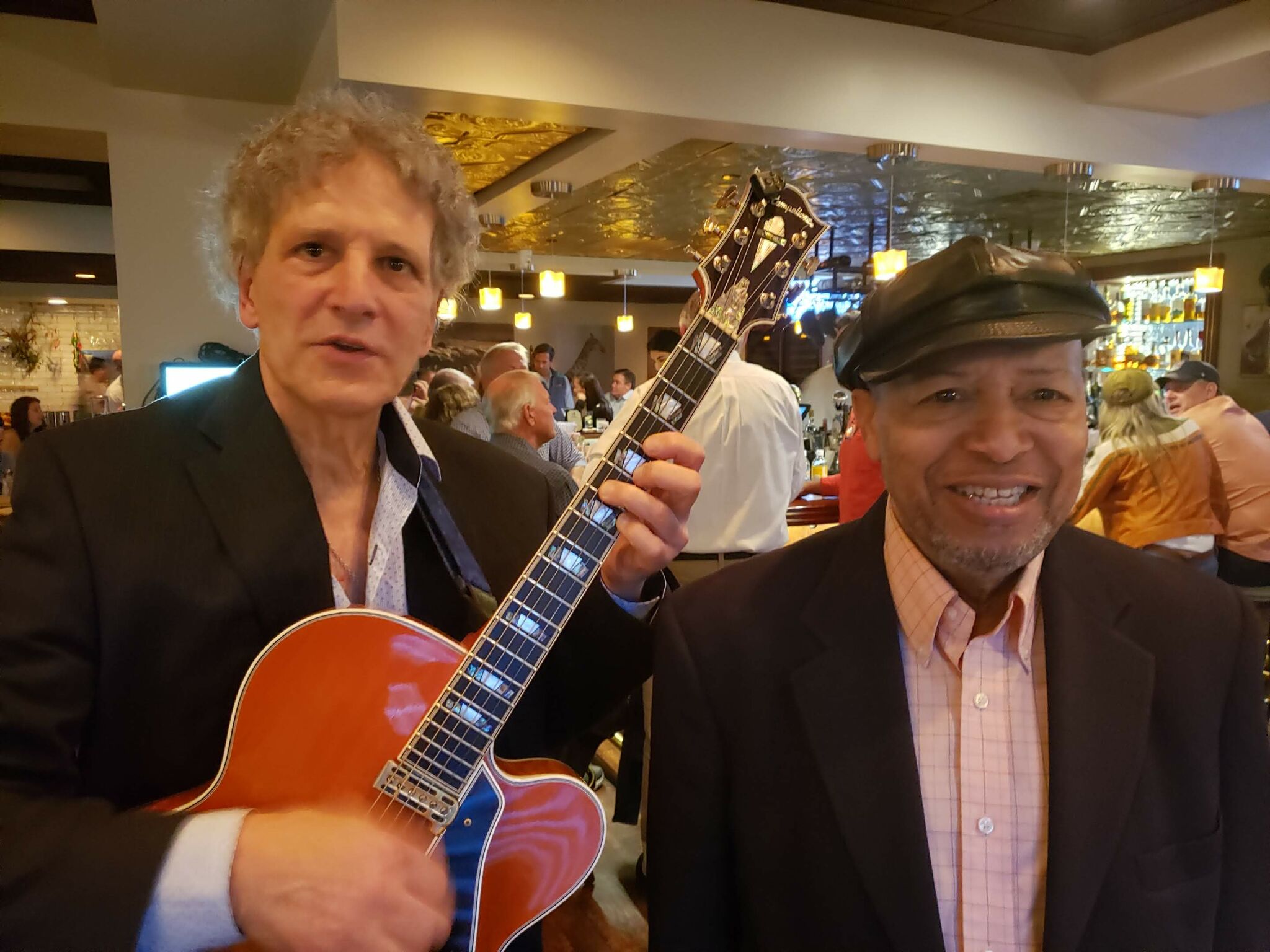 This is a carousel. Use the Next and Previous buttons to navigate

The dinner crowd at Ponza Italian Kitchen & Pizza in Norwalk was having a good time. Chris Coogan and his bandmates swinging, playing standards and originals, footswatters and ballads, vocals and instrumentals with panache, talent and verve.

Live music in restaurants has long been popular. For my money, music is the icing on the cake and jazz is the best bet.

I like to think of jazz as adult music. It’s usually not overly amplified – just a step above the acoustic – and the performers are accomplished. Whether it’s a duo or a quintet, all can offer music centered on voice, guitar, piano or brass. There’s a lot of top-notch local talent.

At Ponza, the calamari was crispy, tender and light. The generous portion of large cheese-filled ravioli was dressed with a meaty Bolognese. The lemon chicken piccata was tender and melt in your mouth. The homemade cannoli were crispy, sweet and more than enough to share. We could see some nice pizzas at the next table.

While we ate, Chris and the guys (Jim Clark on saxophone and John Mobilio on bass) improvised over an entertaining mix of favorite tunes, some gospel and the start of a Quarentune composition – new material that will make the subject of a concert later this summer.

Jazz is a pretty big tent. The uniquely American art form that arose from the south includes many forms: Dixieland, big band, cool, hot, bebop and swing to name a few. Opinions vary on an exact definition, but I know it when I hear it.

Cookie Thomas, singer – who has a monthly gig at the Basso Restaurant in Westport – considers himself a “saloon singer” in the style of Frank Sinatra or Nat King Cole, but to me he fits in the tent. The Stamford resident has been singing since he was thirteen. The standards and the Great American Songbook are its meat and potatoes.

Recently at the Lion’s Brewery in Greenwich, Thomas was accompanied by guitar master Carmine Marino on a song list that included “Girl from Ipanema”, “A Foggy Day in London Town” and “The Look of Love”. While Cookie sang, we feasted on steamed mussels, classic coq au vin, perfectly cooked trout with almonds, and tender filet mignon. The service was impeccable.

A restaurateur’s passion for music is often the motivation behind hosting live jazz. Chef and owner Renato Donzelli at Basso Restaurant and Wine Bar in Westport is, like so many others, an amateur musician. His passion for percussion takes him away from the stove to sit down with his congas playing. He devotes himself to being a chef, but is happy when he plays. Donzelli’s fusion of Italian and Spanish cuisine has earned Basso a strong following (don’t forget to try the paella).

For Veronica Sandolo in Ponza, the music broke through a non-verbal diagnosis for his young daughter with special needs who is now in college and studying singing. Sandolo credits music with breaking down the barrier of her daughter’s disability. She knows the power of music and live performances, presenting a wide range of music five nights a week at Ponza.

“Veronica does it from the heart,” he said of the music to Ponza. The interpreters too.

“Performance is a musician’s identity,” Coogan told me. Communication between the performer and the audience goes both ways. Players need live, real-time feedback to know what they’re doing is working. The audience receives a direct injection of emotion, art and fun. There are smiles all around.

Thomas enjoys touching other lives through his performance. It drives him forward when people give thanks and say, “You lift me up” or “[You] help me throughout the day.

When I asked Sandolo why she had live music in Ponza, she replied, “Why not? Everyone loves music and it is dear to us.

I couldn’t have said it better.

Frank Whitman writes a weekly food column called “No Bread Alone”. He can be contacted at [email protected]