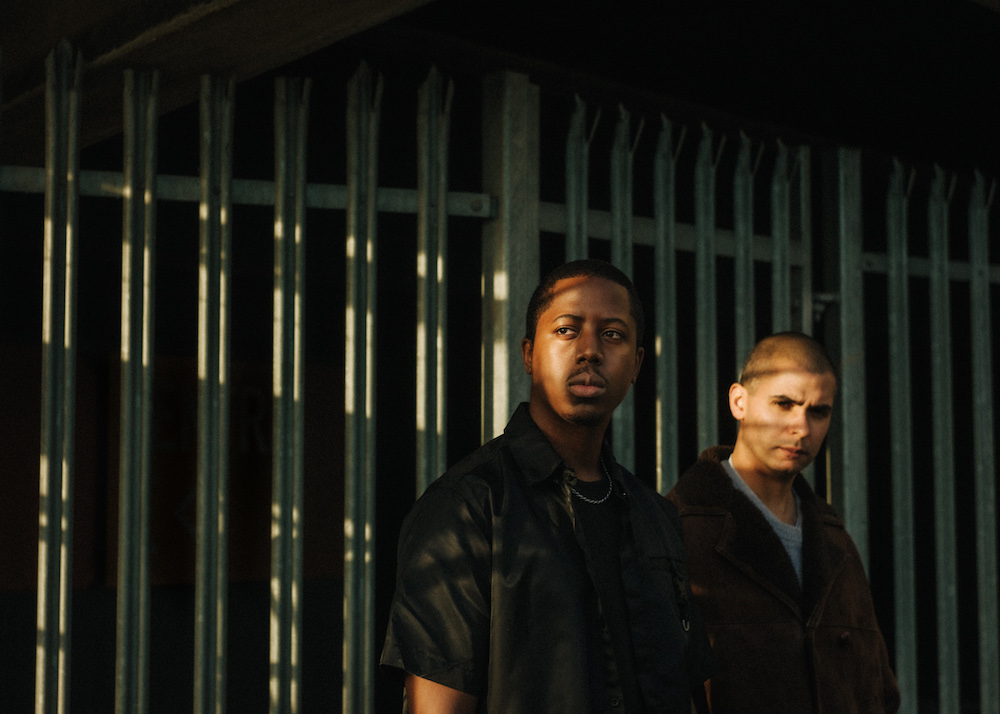 When Cecil Taylor started his career in the mid-1950s, he mainly recorded in the studio, like everyone else. Between 1956 and 1961 he made half a dozen albums, and several more recordings from this era appeared later. But after 1966, the year he made Unit Structures and Conquistador! for Blue Note, studio recordings became an increasingly small percentage of its output. Ultimately, he made fewer than 20 studio albums, but dozens of live recordings, particularly in the 1980s, his most productive decade.

In some ways it’s a shame, because while his music could sound like a tidal wave washing over you, drowning you in sound, it was actually incredibly precise and benefited from a really crisp recording. An album like the 1981 solo piano session Steal! Steal! Steal! Steal! Steal! allows you to enter his music in an incredibly intimate way, and the years 1978 3 phase is an epic work for sextet (trumpet, alto sax, violin, piano, bass and drums) that has the majesty of classical, and the power and complex interactions of progressive rock. His last studio recording, 1999 Momentum Space, was a trio performance with saxophonist Dewey Redman and drummer Elvin Jones that gave each man an equal amount of room to run around, creatively, and was all the more brilliant for not only being the Cecil Taylor Show. All of this was recorded in great studios on fantastic instruments, and it makes a huge difference.

On the other hand, while some of his live recordings sounded great – Willisau Concert immediately comes to mind, as Too many salty Swifts and no goodbyes – others not. The legendary 1962 performances at Café Montmartre in Sweden, broadcast as Nefertiti, the beauty has come, were made on an out-of-tune piano and recorded with primitive equipment. the 2 Ts for a nice T box, documenting a week of gigs with bassist William Parker and drummer Tony Oxley on ten CDs, comes from cassette tapes.

Of course, if you really wanted to feel the power of his music, in person was the place to go. I saw it five times between 1997 and 2016, and each show was different. The first was at the Village Vanguard. I sat against the back wall of the little triangular room and watched him tear shit up with bassist Dominic Duval and drummer Jackson Krall for an hour straight. I had no idea what I was hearing; I wasn’t ready for something so monolithic and relentless. I staggered afterwards, and it took me five years to be ready to try again.

In 2002, I went back there. He played Avery Fisher Hall, starting solo and bringing Duval and Krall onto the stage halfway through. I had my first breakthrough with his music that night, during the solo section. He played a booming, explosive free passage that sounded like the most unbridled improvisation…then repeated it, note for note. My jaw dropped.

That same year I saw him at the Knitting Factory on Leonard Street, leading an orchestra that numbered more than two dozen musicians, including rows of horns, several bass players and percussionists, and several female singers. This was a sonorous tidal wave; almost too much, in fact – I never really felt like it was falling into place. In 2004 or 2005 I saw another trio performance, with the late Henry Grimes on bass and drummer Pheeroan akLaff, which somehow seemed low stakes, like maybe I was finally getting used to his music and that I could kind of take it or leave it. It didn’t seem like the right reaction to the art that had once been so overwhelming, so I didn’t attend another performance of Taylor until 2016, at the Whitney Museum, which happened to be his last public appearance.

That evening he was joined by soprano saxophonist Harri Sjöström, cellist Okkyung Lee, drummer Jackson Krall and Tony Oxley on electronics. And while around 40 minutes of the 85-minute performance was as thunderous as it could get, with Taylor at the piano and the others alternately struggling to keep up or be heard, or commenting on what he was doing with few signs that he was even acknowledging their presence, halfway through he stepped away from the keyboard and began a long performance of what was first a poem, then a sort of philosophical lecture on gender, race, art and human culture throughout history. Eventually he returned to the keyboard and began accompanying his dissertation. It was a performance like no other that I had even heard of him, and looking back, it feels like the cornerstone of his entire 60-year career.

Many of Taylor’s live recordings make me wish I was in the audience that night. In particular, solo recordings Air above the mountains (buildings inside) and Willisau Concert must have been amazing to watch, just like the furious sextet concert captured on Too many salty Swifts and no goodbyes. This month a stunning archival recording of Taylor was released, with the unwieldy title of The Complete, Legendary, Live Return Concert At The Town Hall, NYC, November 4, 1973. Despite its length and all those commas, it tells you exactly what it is. Taylor had been away from his native New York (he was born in Corona, Queens) for about five years, teaching at the University of Wisconsin (read a student story here) and Yellow Springs College in Antioch, Ohio. Upon his return, he set up a group made up of alto saxophonist Jimmy Lyons, with whom he had played since 1962; bassist Sirone; and drummer Andrew Cyrille, and booked a show at City Hall on 43rd Street.

The concert was recorded – very well – by an engineer named Fred Seibert, and his two encores (a solo piece and a quartet piece) were released on LP, Spring of two Blue-J, on Taylor’s own Unit Core label. But most of the performance remained in the vault, as it consisted of a single unbroken 88-minute work, “Autumn/Parade”, and there was simply no way to break it up on vinyl. It can’t even really be split easily for CD release, which is why this release is digital only.

It’s incredible. Taylor dives in, playing one of his trademark percussive melodies, and the band takes that simple cue and runs with it for an hour and a half, never letting their individual or collective energy flag for a second. Lyons is the only member of the quartet who does not play all the time. It starts and stops, taking what might be called “solos” in the traditional sense. He was always a bebop player who adapted to free jazz, so that makes sense; he clings to a phrase or an idea and chews it until he’s gotten all he can out of it, then pulls back a bit.

What’s interesting to note is how Taylor stills – just a bit – when the saxophonist leaves. It doesn’t deliver airy sweeps across the keyboard, instead playing chords and small melodic cells, almost like an accompanist. There’s a section of about a third of the piece where piano and saxophone are engaged in something almost like a traditional jazz call and response, and that says a lot about the relationship between the two men, which was already ten years old. at the moment. Taylor considered Lyons his main creative collaborator, and when the saxophonist died in 1986, it caused a global reassessment of his music. Everything after Jimmy was different.

Cyrille sounds fantastic throughout, precise and thoughtful as always, and Sirone also gets crucial time in the spotlight. It’s a concert I would absolutely love to attend, but I’m the one talking; I would have been two at the time and probably wouldn’t have cared much about it. Like I said, it’s not physically available, but you can get it on Bandcamp. Highest possible recommendation.

You probably don’t think of the harp as an instrument related to socially engaged music; it seems designed to instill a sense of happiness and peace, to retreat from the chaotic world outside into shimmering pastel clouds. But Brandee Younger has released a two-track digital single titled “Unrest” which seems to reflect the energy of the times and her turbulent feelings about them. “Unrest I” is a solo harp track that feels meditative and soothing, while “Unrest II” calls on bassist Rashaan Carter and drummer Allan Mednard for a high-energy workout where it almost feels like she tries to keep a lid on the explosive rhythm section. Listen to both tracks; they complement each other beautifully.

Saxophonist Isaiah Collier and his band The Chosen Few (pianist Mike King, bassist Jeremiah Hunt and drummer Michael Shekwoaga Ode) released a very good album, Cosmic transitions, Last year. (I wrote about it here.) Now, in honor of Black History Month, they’re back with a digital single, recorded during the Cosmic Transitions session on September 23, 2020. September 23 was John Coltrane’s birthday, by the way, and that fact should give you a big clue as to what this track sounds like. It’s a version of “Lift Every Voice And Sing,” a song often called the black national anthem, and they play it in full church mode. Collier is a soprano, and the band rolls behind him like the tide during a nearly three-minute introduction, before settling into a deep spiritual groove for the next ten minutes. Hunt hits a simple, almost metronomic figure and King nails the chords in place as Ode thunders through the kit like a series of avalanches, building the energy level higher and higher. Collier treats the melody like an incantation, spiraling upwards as the spirit takes it.

Keyboardist Samora Pinderhughes, a longtime collaborator with Christian Scott aTunde Adjuah ​​among others, will release his debut as a leader, PAIN, in April. It’s part of a larger multimedia project he calls The Healing Project, which deals with “loss, structural violence, and the possibilities of healing and release.” First, there will be a show at the Yerba Buena Center in San Francisco from March 25 to June 19 that will include music from PAIN, visual art by Pinderhughes, films and art by others. The centerpiece will be the sound room, which will feature interviews by Pinderhughes, set to original music.

There will also be a digital archive of the exhibit, a sort of AR/VR version of the show that people can check out on their phones or experience more thoroughly if they have VR goggles, I guess. And finally, there will be the album, with Immanuel Wilkins on alto sax, Lucas Pino on tenor sax, Pinderhughes on piano and vocals, Brad Allen Williams on guitar, Boom Bishop on electric bass, Clovis Nicolas on double bass, Marcus Gilmore on drums, the Argus String Quartet and singers Nio Levon and Jehbreal Jackson. Pinderhughes released a video for “Masculinity” by PAIN, which stars Wilkins and is a deeply felt meditation on the roles men are asked/required to play in American society. Look: