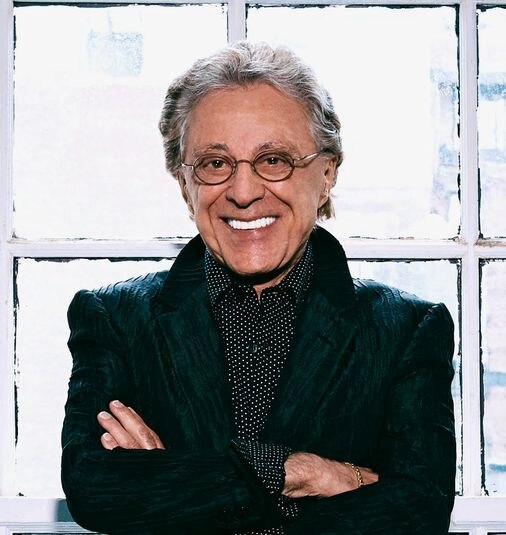 Jazz is in season for Frankie Valli

Before he sang “Big Girls Don’t Cry” or his life story turned into “Jersey Boys,” Frankie Valli was a jazz-loving kid who would pay a dollar to sit in the “bleachers.” , rows of seats for non-drinkers, at Birdland in New York to see Count Basie. Or he would sit with organist Jimmy Smith in Valli’s hometown, Newark, NJ

At 87, Valli finally pays tribute to his roots with “A touch of jazz.” The album’s low-key release this summer surprised many fans, especially since it was made without Bob Gaudio, Valli’s creative partner in The Four Seasons for the past six decades.

Avoiding the orchestral approach usually favored by pop stars who make a standards album, Valli opted for a little combo anchored by organist and trumpeter Joey DeFrancesco, who co-produced the record with Valli and longtime musical director of Four Seasons Robby Robinson. “You get a lot more freedom when you do it like we did with Joey,” Valli says when reached by phone. “It opens everything. You don’t have to worry about getting enough air between what you’re saying. It keeps the focal point on the melody and the song.

DeFrancesco believes he landed on Valli’s radar after doing a project with actor Joe Pesci. “We wanted to do it for years, but between the road and everything, we never had time, so we were going to record a bit here and there,” says Valli.

DeFrancesco and Valli quickly bonded through their mutual love for Little Jimmy Scott, whose vulnerable and shrill voice was perhaps Valli’s most obvious influence. With Valli “it’s nothing too fast-paced, it’s more of a laid back vibe,” says DeFrancesco, whose multi-instrumental chops and his own effective vocals are well displayed on his own new album, “More Music”. (DeFrancesco performs at Scullers Jazz Club Nov. 12.) “He sings behind the beat, much like Dexter Gordon might play the saxophone.”

Newark is famous for his jazz organ sound, and Valli says he sang with Jimmy Smith when the organist was the accompanist for R&B frontman Don Gardner at a club called the Nightcap. Jazz’s influence on the Four Seasons extends beyond Valli’s favorite singers like Sarah Vaughan and Dinah Washington. Valli is quick to mention the Hi-Lo’s, Delta Rhythm Boys and Modernaires associated with Glenn Miller. “My favorite band was the Four Freshmen, and they really inspired our bands. And we are not alone in this case. The Beach Boys have also been heavily influenced by the Freshmen.

Valli chose all of the songs on the record, including pages from the Great American Songbook like “How High the Moon” and “Try a Little Tenderness”.

“Some of these songs that I’ve been doing since I was little. I used to sing them in saloons, before I had any success, and at that time, if you didn’t have a hit single, you were doing all the standards – Cole Porter, Irving Berlin, those were the tunes you were doing.

A Frankie Valli and the Four Seasons show at the Boch Center Wang Theater scheduled for this month has been postponed, along with all of the singer’s remaining tour dates to 2021, so he can continue to recover from a recent bout of pneumonia. When the rescheduled show takes place next year, March 4, it’ll be a night called “Greatest Hits,” and Valli says not to expect much when it comes to jazz. “When you don’t have the Joey DeFrancesco combo, it’s not that easy,” he laughs.

But Valli points out that their setlist includes his 1975 solo hit “Swearin ‘to God”, which he calls “total jazz”. There is the big band of Stan Kenton and the Latin sound of Pérez Prado.

Should you cancel your unused credit card?