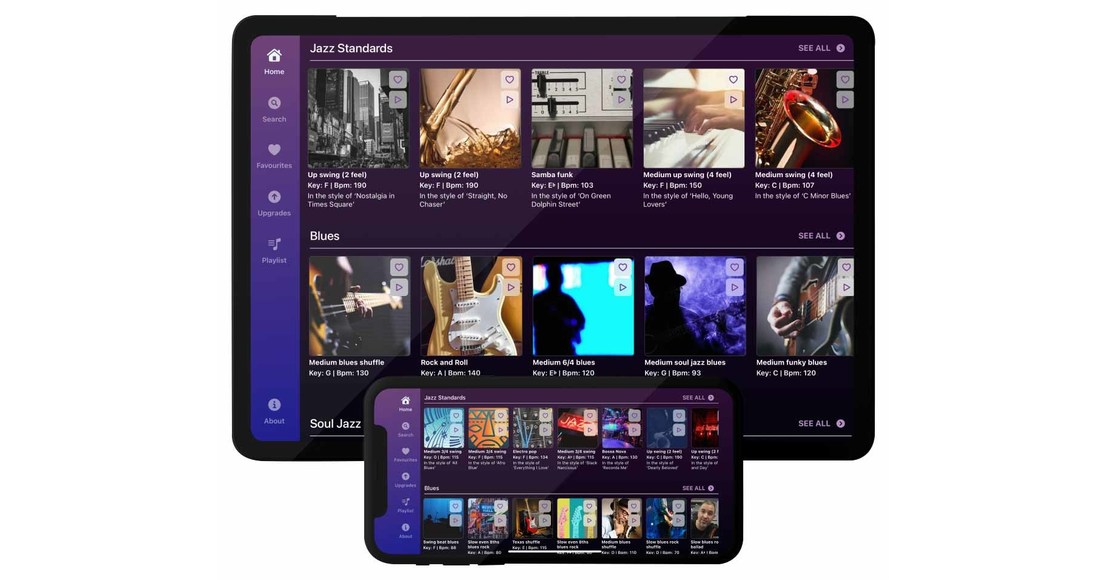 In addition to its enormous musical content, Jazz300 takes advantage of the latest advances in mobile audio technology. Users can change the tone of the track on the fly and speed up or slow down music seamlessly with just one touch.

Animated chord charts and crystal clear chord diagrams (for piano, guitar and ukulele) help users learn new chords and improve their skills. There is an option to remove solo instruments – allowing users to play their own solo over them, and the ability to create multiple playlists.

Paul Sissons, the executive producer said: “Jazz300 offers a unique source of musical accompaniment. There is not only a wide variety of real musical content that has been performed by world-class musicians, but the degree to which you can tailor each backing track in terms of key and tempo – while still maintaining the quality of the audio – is truly something new. “

The content of Jazz300 is offered to users on a “royalty-free” basis allowing them to play it anywhere and also to use elements of the content in their own musical works – for commercial or other purposes. Tracks can easily be exported from the app as stereo files, but users who want to remix, rework, or develop further Jazz300 tracks have the option to download the multitrack version of any track. This is delivered to them in the form of a GarageBand (Apple) project allowing access to the separate musical parts. This export option is available as a $ 0.99 (Â£ 0.99) in-app purchase.

Bonnie’s books… and all that jazz | News, Sports, Jobs