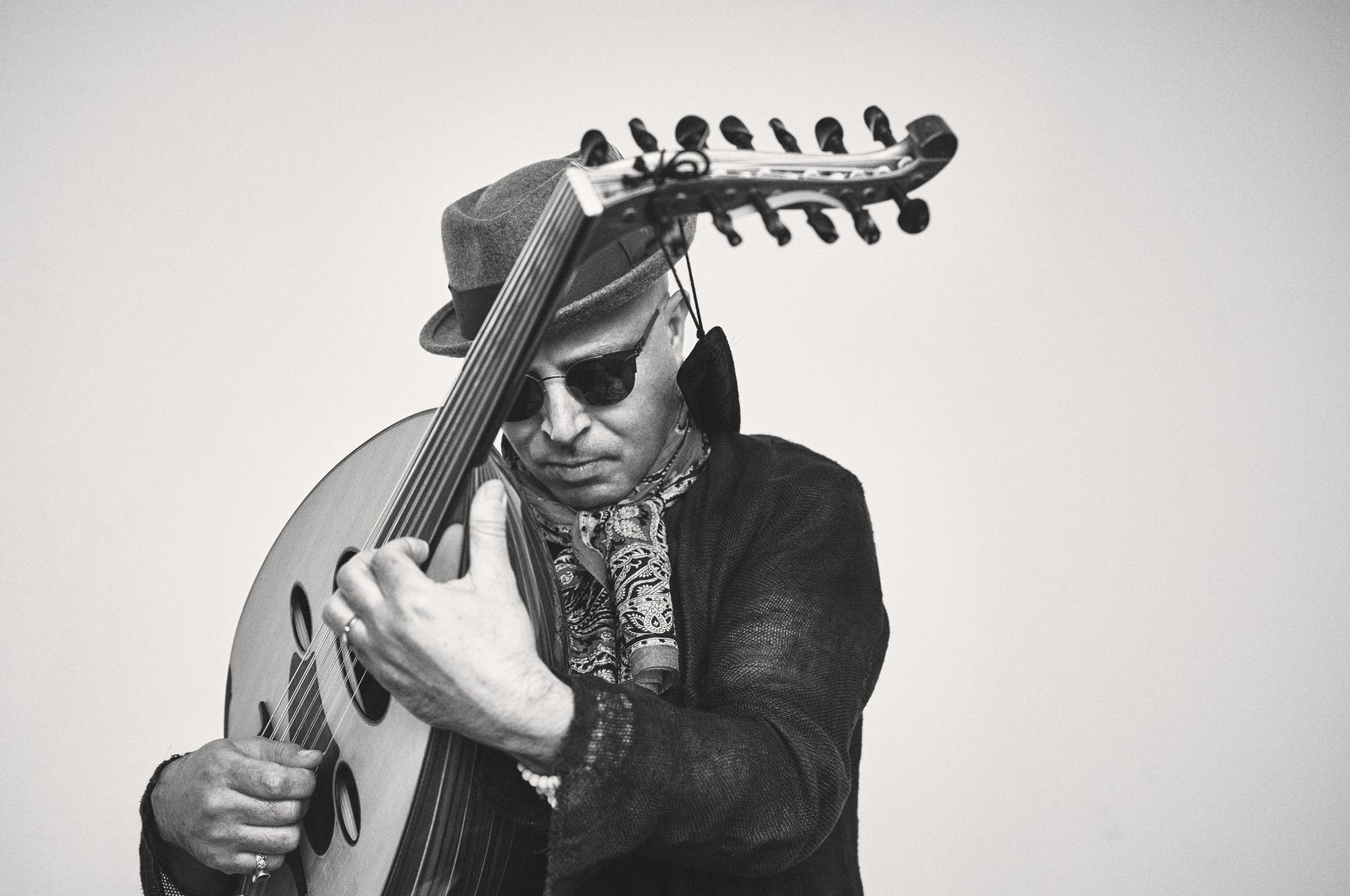 The Beyoğlu Culture Road Festival continues to organize glorious events for Istanbulites across a number of venues, cultural centers and museums along a route of almost 3.5 kilometers (2 miles). Among the festival spaces, the iconic Atatürk Cultural Center (AKM) offers an exciting program including a wide selection ranging from opera and digital arts, to film events and interviews. The latest event to take place at AKM is a concert by Tunisian oud master Dhafer Youssef, who promises to masterfully blend jazz, Indian and electronic music for listeners.

Youssef was born in 1967 in Teboulba into a modest family from a long line of muezzins whose job is to recite the call to prayer. The entertainer said his family expected him to get a job with a fixed salary. As they were conservative, making music and pursuing a career in it was not easy for them, according to Youssef. However, he discovered his voice through his family, ironically.

The first time he became aware of his voice was when his grandfather introduced him to Koranic recitations. The local muezzin then encouraged him to record the adhan, or call to prayer, for their village. Noting that he was reciting the call using an inexpensive plastic microphone, Youssef recalls that it sounded like a deformed electric guitar. Feeling that his call to prayer might appeal to Jimi Hendrix, he said it was the very first time he had heard electro sound and it was also his first encounter with an audience. That’s why this experience is still alive in his memory even after seven studio albums and hundreds of live performances around the world.

After all, despite his father’s objections, Youssef managed to follow his dreams, not least thanks to the support of his mother and sister. After moving to the capital Tunis and attending the music conservatory, he then went to Vienna for better musical training. “My older sister worked day and night in a factory and sent me everything she earned to help me not to give up when I arrived in Vienna. So, it’s never enough to thank my mother and my sister,” he said.

It was his first time in Europe, and he arrived in the city with a backpack and the equivalent of 20 euros ($21) in today’s money, he says. “I had no friends or family or people I knew. I had to build everything from scratch. However, I had a dream and had nothing to lose anyway. I had thirst for music, discovery and connection with people. The dream of making music allowed me to survive,” he said of his days in Vienna.

Youssef grew up listening to Sufi music in his family home. Revealing that he never thought it would affect his music much and become a big part of him, he said he loved the mystical side of Sufi music, which he later found in jazz as well.

In Vienna, a world of opportunities welcomed Youssef. In 1996, he released his first studio album “Musafir”, which means “the traveler” in Arabic. By performing this album at the popular Viennese club Porgy & Bess, the artist was offered carte blanche and launched a series of monthly concerts at the club.

As he gained experience with his performances, Youssef released his second album “Malak”, in which he combined melodic structures of European jazz with Mediterranean grooves of a particular form. The artist then went on a successful European tour.

Then in 2001, Youssef recorded “Electric Sufi”. Youssef said that this album was dedicated to the period of his life when he recorded the adhan for the villagers and listened to Sufi music with his family. The jazzy music on this album was an opportunity for the artist to experiment with his voice and use it more as an instrument.

Back in the studio in 2003, Youssef recorded “Digital Prophecy”, in which he united oud and electronic sound in an organic and harmonious way. “Divine Shadows”, in which he used more string instruments, followed later. In his sixth album, Youssef focused on the Persian poet Abu Nawas, who was the greatest exponent of modern poetry in the 8th century. In “Abu Nawas Rhapsody”, released in 2010, he returns to a more jazz and groove style.

Youssef has collaborated with many artists with plural origins throughout his career. The artist, who has always sought renewal, has been enriched by artistic exchanges. In 2011 he invited Turkish clarinetist Hüsnü Şenlendirici and Kanun player Aytaç Doğan to a concert in Germany. In 2013, inspired by this encounter, Youssef released “Birds Requiem”. The success of this album, immediately hailed by critics, is unprecedented, with a triumphant international tour of around a hundred concerts, more than 50,000 records sold and performances by several orchestras including the London Symphony Orchestra.

Youssef has also performed for Turkish listeners in the past. Noting that his music is like the Turkish people, that is to say that it is between West and East, mixed together, he says: “When the Turkish public listens to me, it’s like listening to is like when you see a painting and you feel like it’s you who did the painting. My music for Turkish audiences is exactly like home. This also applies to me, and I feel at home when I play in front of them. I feel like I’m playing for my family, for the people back home. What differentiates Turkish listeners from Westerners is that they share with me the deep feeling of the Orient. My music gives Turkish listeners goosebumps at the same time.

Youssef will perform for fans at AKM this Friday at 9 p.m. Tickets for his concert can be purchased at biletinial.com. To take a trip between East and West, do not miss the concert!

Keep up to date with what is happening in Turkey, in its region and in the world.

The CFPB highlights the abuses of the military assignment system