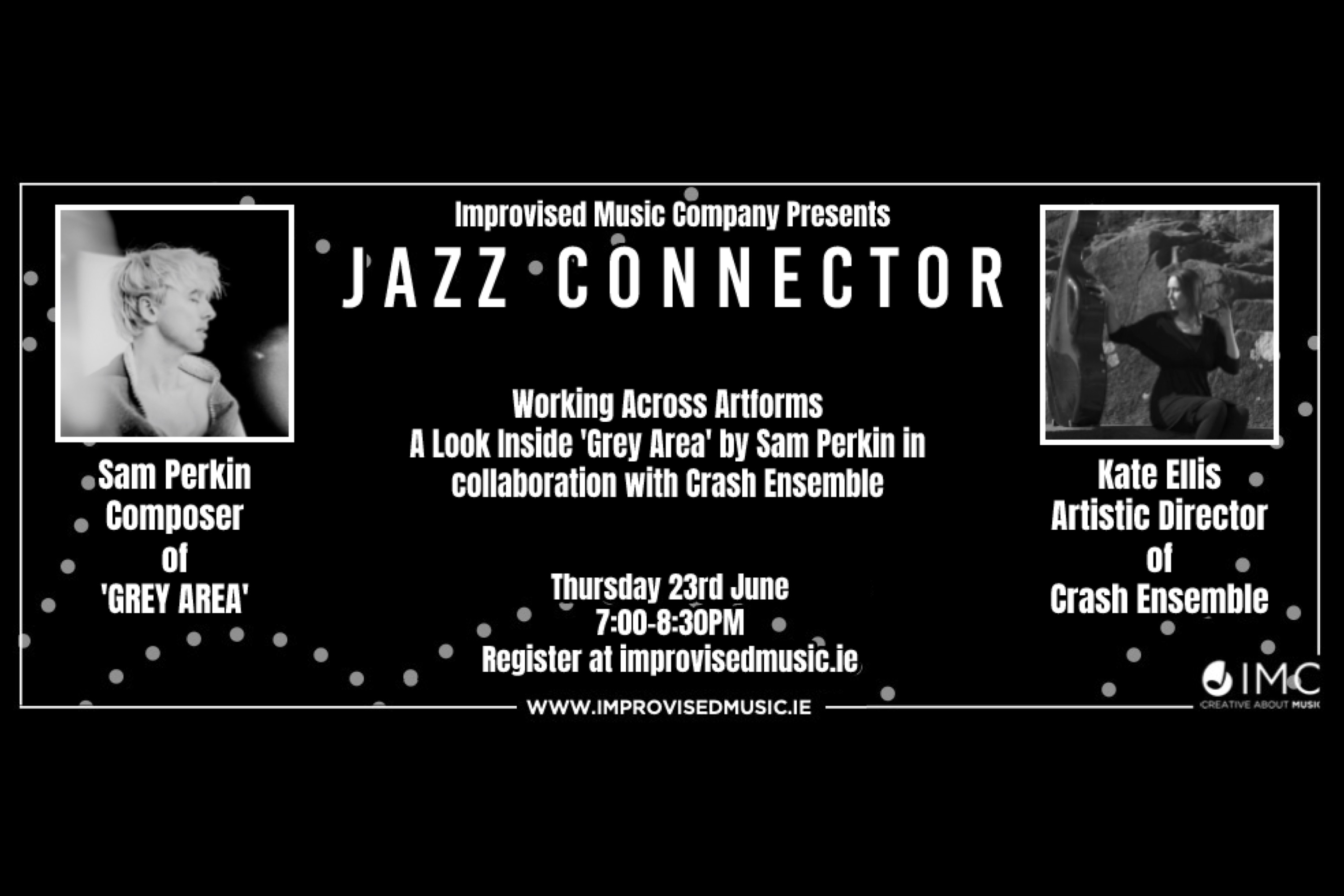 Continuing our online Jazz Connector meetups focused on career development, IMC would like to invite the Irish music community to come together for an interactive presentation, Q&A session and chat on Thursday June 23rd from 7:00pm to 8:30pm.

The subject covered is:
Working Across Artforms – A Look Inside ‘Grey Area’ by Sam Perkin in collaboration with Crash Ensemble

‘Grey Area’ is a poetic nocturnal journey, mixing the worlds of Street Skateboarding and Composition.

We will be joined by:
Sam Perkins. Sam completed a residency in 2022 with Crash Ensemble, Ireland‘s leading new music ensemble playing the most adventurous music today. Gray Area (2017-19), his first major work for Crash Ensemble, imaginatively blends the worlds of street skateboarding with contemporary music and received its first three performances at MusicTown Dublin, Sounds From A Safe Harbor Cork and Musica Nova Helsinki Festival.

Sam holds degrees in composition from the CIT Cork School of Music and an artist diploma from the Conservatoire National Supérieur de Musique et de Danse in Lyon, France, where he received the Salabert Prize for composition. In 2017 he was awarded the Next Generation Fellowship by the Arts Council of Ireland.

Kate Ellis is a versatile musician dedicated to performing and exploring all new music. She is artistic director of the Irish Crash Ensemble, cellist of Martin Hayes’ brand new Common Ground Ensemble and often plays with the Taquin experiments of Francesco Turrissi, Yurodny, Ergodos Musicians and the electro-folk group Fovea Hex.

Recent projects include the release of 13 original music EPs alongside bespoke films as creative documentation of 2021 with UK-based musician and songwriter Laura Cannell, backed by Arts Council England.

In 2009, Kate co-founded the hit series “Kaleidoscope Night”. A monthly event taking classical and experimental music out of its typical setting and transplanting it into an informal and intimate alternative, a sociable evening of lesser heard, rarely heard or never heard small ensemble music.

Guest speakers will express their personal opinions and will not necessarily speak on behalf of their various companies/employers.

Jazz pop singer-songwriter Steven Blane releases new album that reflects a variety of themes, genres and with a Jewish thread