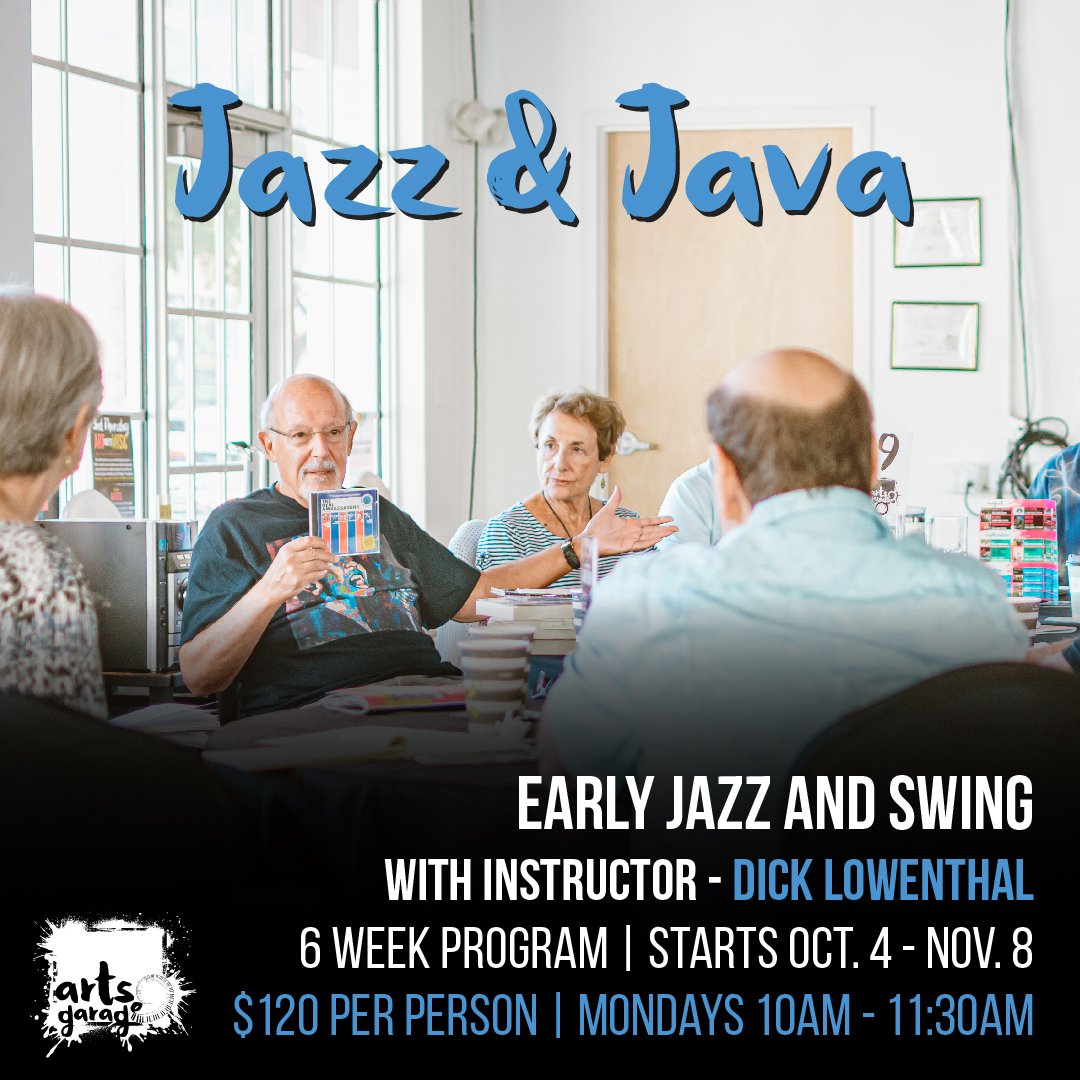 The origins of jazz, including blues, work songs, and gospel. Using the city of New Orleans as a starting point, the class will listen to and discuss the music of Louis Armstrong, King Oliver, Jelly Roll Morton, and more, and the sociological implications associated with the music. From there, we’ll study the changes in jazz in Chicago and New York and how music evolved into swing. Performers will include Duke Ellington, Benny Goodman, Fletcher Henderson, Count Basie, Harry James, Gene Krupa and Glenn Miller, as well as various singers who started the swing era. Classes will also include listening to recordings, recommended readings, films, and participating in live concerts.

Jazz and cinema are a natural combination. The two 20th century art forms began side by side. With the passing of so many jazz greats over the past 50 years, music and presence can only be experienced on recordings and films. We will explore three basic types of films using jazz: Hollywood feature films; all-black films designed especially for black audiences; and special musical short films. It will range from “Black and Tan” by Duke Ellington (1929) and “Stormy Weather” (1943) to Swing Era biographies such as “The Benny Goodman Story” (1955) and “The Glenn Miller Story” (1953) ); and films with contemporary subjects like “The Connection” (1961), “‘Round Midnight” (1986) and “Whiplash” (2014). Classes will include recommended home listening (some films will have a nominal rental fee), several in-class recordings and short films, and discussions.

Richard Lowenthal has been a renowned jazz historian, performer, conductor and educator for 50 years. He founded and chaired the jazz program at the prestigious Manhattan School of Music in New York City and conducted the award-winning jazz orchestra. Additionally, Dick retired as Professor Emeritus at New Jersey City University, having started his jazz program and conducted his award-winning jazz ensemble. He has taught jazz history to students ranging from elementary school through middle school and adult education classes, using his experience as a performer and his extensive collection of records, CDs and books to improve His lessons. As an active musician he has performed and conducted with artists such as: Clark Terry, Bill Watrous, Phil Woods, Jon Faddis, Tony Bennett, Mel Torme, Ella Fitzgerald and Wynton Marsalis. He led the Special Unit of the Glenn Miller Orchestra for over 12 years. His own band pays homage to Benny Goodman, Glenn Miller, Duke Ellington, Count Basie, Dizzy Gillespie, Miles Davis and Gil Evans, Stan Kenton, Woody Herman and Buddy Rich.

He says, “I love to share my love of jazz music from the 1920s to the present day and to people of all ages. He has successfully taught several courses at the Arts Garage, is in demand for conferences throughout Florida, and is a member of the Arts Garage Board of Directors.

Shows On Sale And Just Announced At Jazz Cafe – News, Reviews, Articles & Commentary From The London Jazz Scene And Beyond