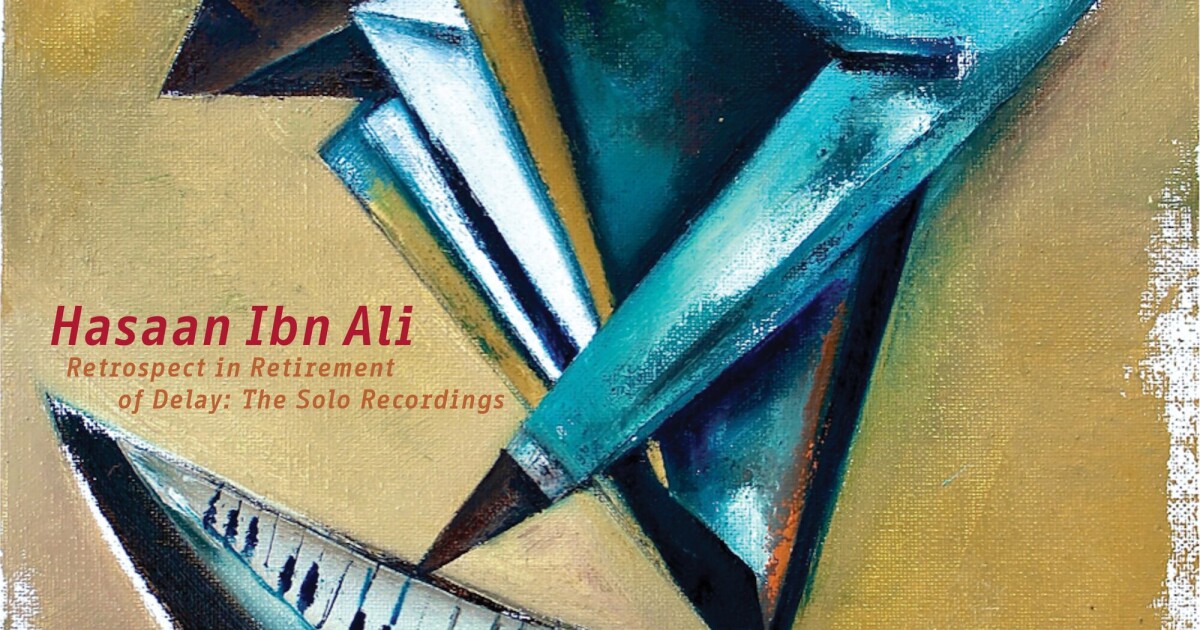 Jazz Album of the Week: Debunking an Enigmatic ’60s Philadelphia Jazz Legend, One Archival Issue at a Time

For almost 60 years, the only recording on which Hassan Ibn Aliyou could hear the piano playing from 1964 was The Max Roach trio with the legendary Hasaan, an album for which Hasaan – one of the most enigmatic figures in the entire Philadelphia jazz tradition – was not headlining even though he wrote all the music.

Let it in. An album, anecdotes and testimonials from a group of aging musicians, and a whole bunch of “what ifs”. This. Has been. This.

Then, last April, something remarkable: the release of Metaphysical, the long-thought-out destroyed studio session Hasaan conducted for Atlantic Records in 1965. I won’t repeat the fascinating story of how this album was lost and found—Read all about it here– but, suffice it to say, it was an important enough story that NPR and the New York Times joined us in covering its release in depth.

Now there is more. Retrospective in late withdrawal is more than just a seemingly absurd album title and rhythmically pleasant phrase to say; it’s two records and 21 songs by Hasaan like we’ve never heard before.

contrary to Metaphysical, where a quartet conducted by Hasaan presents the recorded debut of a 26-year-old Odean Pope and presents as something remarkably similar to the Monk / Coltrane collaborations, this last never-heard-before batch of Hasaan is composed entirely of solo piano. And, composed mostly of Hasaanic interpretations of standards, we are given the clearest and most accessible picture to date of Hasaan’s improvisational instincts.

This should help jazz historians understand it better.

“Hearing him play standards allows, for the first time, to compare him to other pianists”, writes Dr Lewis Porter, jazz pianist, author, educator and music historian whose interpretations of unpublished Hasaan compositions are presented on WRTI’s NPR Live Sessions page.

“It is clear that Hasaan belongs to the forefront of jazz pianists. The music is breathtaking! “-Dr. Lewis porter

And it’s music we wouldn’t have without the efforts of producer Alan Sukoenig and his old college buddy, the late saxophonist Dave Shrier. The two, as undergraduates at the University of Pennsylvania in the early to mid-1960s, formed an unlikely friendship with Hasaan after Shrier overheard him at a club one night, was blown away, and asked permission to save it.

Over the next three years, Shrier and Sukoenig would record Hasaan several times, usually in Penn dorm rooms or in Houston Hall, Penn’s student union. Curious students were invited to come and go as they pleased, and several tracks – “On Green Dolphin Street,” “Prose Poem,” “Sweet and Lovely,” “True Train”, and “Untitled Ballad” by Hasaan – give the show listener glimpses beyond Hasaan’s musicality into his actual personality.

“We included a conversation to give Hasaan a feel for the person,” says Porter, co-producer here with Sukoenig and Cheryl Pawelski, in Retrospectionmany liner notes.

But even more entertaining than the dialogue between Professor Hasaan and the occasional passing student who is momentarily trapped in his recitation is the often pleasant dynamic between Hasaan and Sukoenig and Shrier. At one point, after Hasaan wraps up a sprawling, almost symphonic version of “Sweet and Lovely,” Shrier makes a joke about the piece they need for a PTA reunion, at which point, without missing a beat, Hasaan jokes, “Tell all the kids to go to bed.”

At another point, Sukoenig asks Hasaan to play “Off My Back Jack”, one of his original compositions. And when Hasaan momentarily forgets how it goes, Suknoenig reminds him. Sukoenig and Shrier are fans, of course. But they are more than that; they are lawyers. Which would have been particularly significant for an artist who so often had to feel misunderstood.

And as for how these bands came into being, it’s stuff out of sheer love of the game – music lovers lucky enough to stumble upon something curious, combustible, and rare and the common sense to beat one. record.

What you will hear on Retrospection is totally organic, unrepeated and unscripted, recorded on a portable Norelco tape recorder that Sukoenig’s mother gave him as a graduation gift. In total, Sukoenig and Shrier captured just over three hours of solo piano. This collection, the kind of musical artifact that is truly a part of it, contains the best of those sessions.

As a sucker for standards, my personal favorites are Hasaan’s covers to tunes from the Great American Songbook. His treatment of Rodgers and Hart’s “Falling in Love with Love” is about as straightforward as Hasaan’s arrangements, an accessible introduction for the uninitiated.

Elsewhere, “Cherokee” and “On Green Dolphin Street” are like big bagels serving as reliable delivery systems for two new cream cheese spreads; “They Say It’s Wonderful” and “How Deep is the Ocean” seem to somehow replicate the experience of watching a black and white documentary about Irving Berlin under the influence of medical grade psychedelics; and, at over 13 minutes, Van Heusen and Burke’s version of ‘It could Happen to You’ isn’t just the longest cut here, it could very well be the most polished and consistent offering. of the disc. This alone is worth everything Omnivore Discs charge for the entire double CD; it is a triumph.

Meanwhile, the aforementioned “Sweet and Lovely”, like Monk’s, is littered with digressions and parentheses and funhouse mirror approaches to melody, harmony, rhythm, and storytelling. Hasaan seems to be constantly testing himself to see how far he can go without losing track. Miraculously, he never gets lost in the maze of his own machinations.

Perceptible within these machinations is a manic, exhaustive, almost obsessive quality. It’s like he feels like if he doesn’t share all of his ideas with you at once, he might burst into flames on the spot or, worse, you might never hear them. Looking back, it’s hard to fault Hasaan for allowing these anxieties.

What is most clear is that Hasaan had a very specific idea of ​​how he wanted to evolve as a musician and what he wanted to be like. It’s a state of mind analogous to that of Norm MacDonald, the late comedian who had a very clear idea of ​​what he found funny; if that wasn’t what the audience thought was funny… well, it was up to them.

Nowhere is the strength of this artistic will more apparent than on Monk’s “Off Minor”. By no means a complete deconstruction, there is no doubt that Hasaan appropriates the essence of Monk’s composition. But he also adapted it to his own aesthetic specifications.

“It almost feels like something Hasaan could have written himself,” writes Matthew Shipp, jazz pianist and native of Wilmington, Del. in the album cover notes. “Only because it matches his sound so much.

“I have never, ever seen a pianist make a monk’s tune bend to his will to this degree and so naturally.”

Retrospective in late withdrawal At first glance seems like an absurd title, a fun jumble of words to say and nothing more. But, upon closer examination, it makes perfect sense in these circumstances. For almost 60 years, not a single piece of unreleased music with Hasaan Ibn Ali; in the last seven months, three complete CDs. In retrospect, it is fair to say that this long delay has officially ended.

Ming Smith on jazz, spirituality and how photography saved it