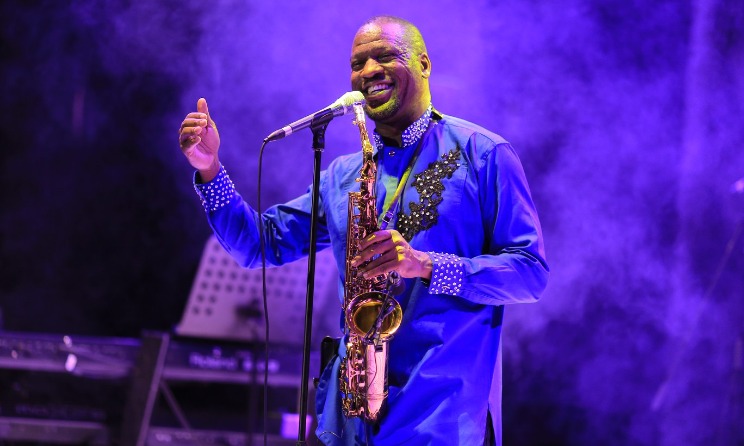 Isaiah Katumwa brings smooth jazz to the calculation of dance

Katumwa has expressed his debt to the American saxophonist, calling him his “longtime idol” – and indeed his song with Koz is titled “Nsiima”, Luganda for “gratitude”. You can even think of the stunning and catchy eponymous track from the album as a tribute to 1999’s “Together Again”, which might just be Koz’s most popular original track across Africa – so we could consider Dance again a sort of tribute album. But it’s more than that.

Dance again is a smooth jazz album with Africa in its DNA. He takes the call to dance seriously, a rather apt message given the present time. It is not quite preaching hakuna matata – your problems will not go away – but it does require reckoning with life through dance. This emphasis flirts with what seems to be one of the raison d’être of African music: a soundtrack of the rhythmic movement of the body.

Of course, there will be questions about the viability, these days, of jazz in all its forms. Does it still exist? Has it ever existed in Africa? Besides former fans of the undisputed commercial king of smooth jazz, Kenny G (along with the aforementioned Najee, Grover Washington, Dave Koz and others), did anyone even care back then? Does anyone care now?

These are not easy questions to answer. And these may not be new questions either. After all, it was jazz that Fela Kuti had chosen to play on his return from the United States to West Africa. When it wasn’t quite working out, rather than continuing to play it pure, he created a hybrid genre called Afrobeat which found commercial success. Would this approach work today? It’s hard to say, but Katumwa, who has enjoyed some success playing live over the years, has forged her own path. It had to reuse William Wordsworth’s saying – create the taste for which it will be savored on the continent.

From song to song, despite the general call to dance, Katumwa sax is super tender – as if the dance he insists on is not solo, but romantic. The song ‘My Joy’, for example, features percussive elements with underlying sax notes, all producing a lush effect. Anyone would be forgiven for imagining a delicately sentimental cheek-to-cheek dance scene while listening.

On the rare song featuring vocals, Katumwa makes it clear that the record is still owned by a smooth jazz artist. The voices on ‘Nkwagala’ are there but not quite, usurped as they are by the melody of the saxophone.

On ‘What is Love’, the vocals, which only appear halfway, ask the title question over and over again, in the only song where a note just below optimism comes to play. From the next song, the sunny tone of the album is back and clearly visible on the title and the chorus: the sun will rise again.

It’s a feeling we could all do with these days. In Katumwa’s new album, it becomes more than a feeling. It’s a creed.

Central Romania: the Jazz at Bran Castle festival returns with a new edition in August

PBJ and jazz shows at the Topiary Park