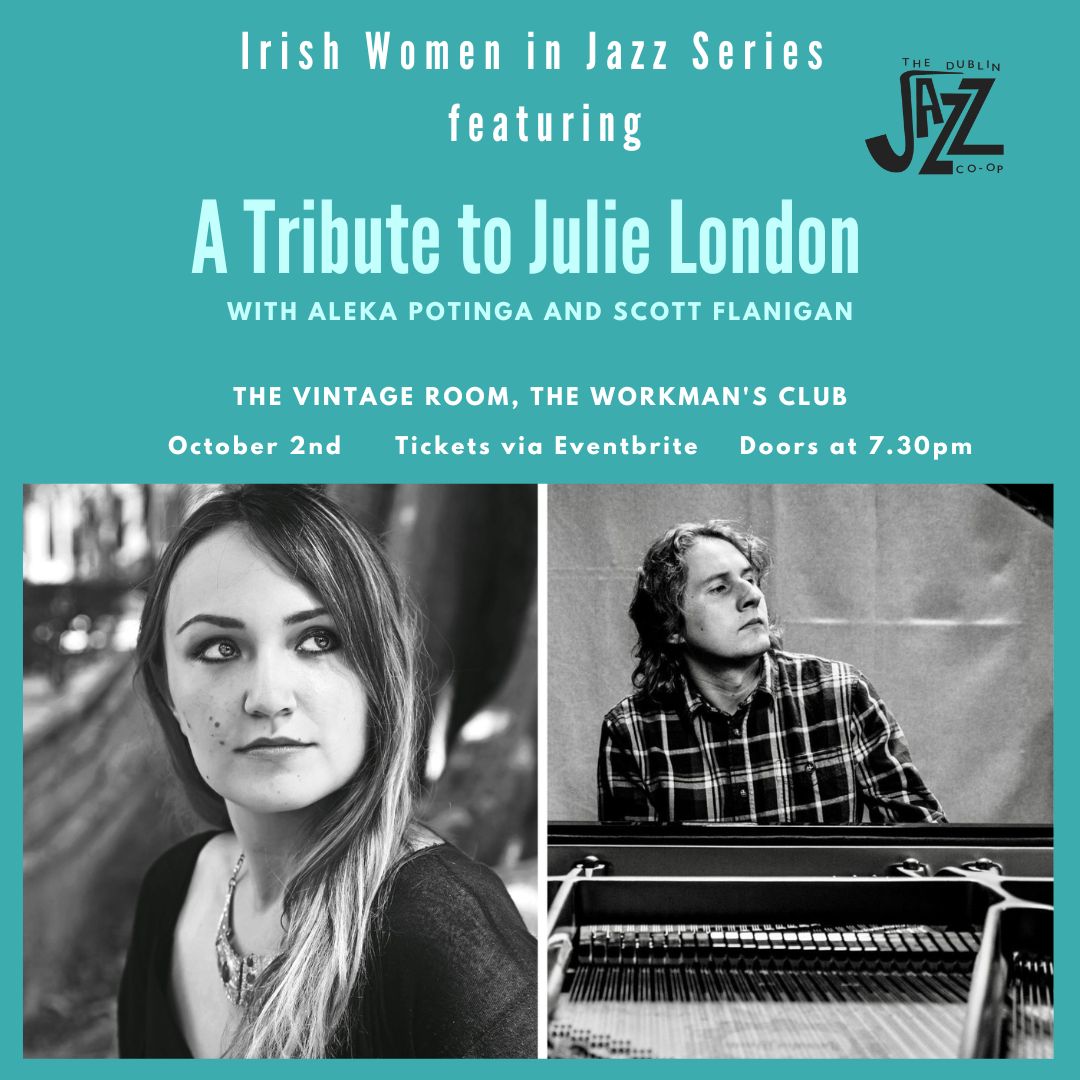 Julie London was one of the most successful women in jazz, an icon who released over 30 albums, as well as a renowned actress. She was and still is a big influence for many musicians around the world.

Join us for a tribute to Julie London with singer Aleka and organist Scott Flanigan.

She currently teaches as a lecturer in the Jazz and Contemporary Music program at Dublin City University and is Artistic Director of the DCU Jazz Choir. In 2018, Aleka sang in “7 musical steps towards Camus” by Tommy Halferty. In 2019 Aleka performed at the ANAM Festival with Ronan Guilfoyle’s Kanda Project, in collaboration with Indian percussionist Ramesh Shotam as well as Irish traditional musicians Martin Nolan, Ellen Cranitch and Peter Browne. His debut EP, 2016’s ‘Aleka’ and his latest CD in April 2019, ‘Person I Knew’ featuring the stellar band of Chris Guilfoyle, Michael Buckley, Ronan Guilfoyle and legendary Dutch drummer Eric Ineke received 4 star reviews in the Irish Times.

Originally from Belfast, Scott Flanigan is one of the greatest keyboardists on the Irish jazz scene. Scott has shared a stage with the likes of Van Morrison and the Ulster Orchestra, as well as jazz heavyweights Rob Luft, Ant Law, Jim Mullen, Jean Toussaint and Dave O’Higgins, and was recently nominated for Parliamentary Jazz Awards. Scott is also an acclaimed composer, with recent commissions from Moving On Music and the PRS Foundation, and runs the popular Scott’s Jazz Club, a weekly jazz club in east Belfast which brings the best of Irish jazz to local audiences. .