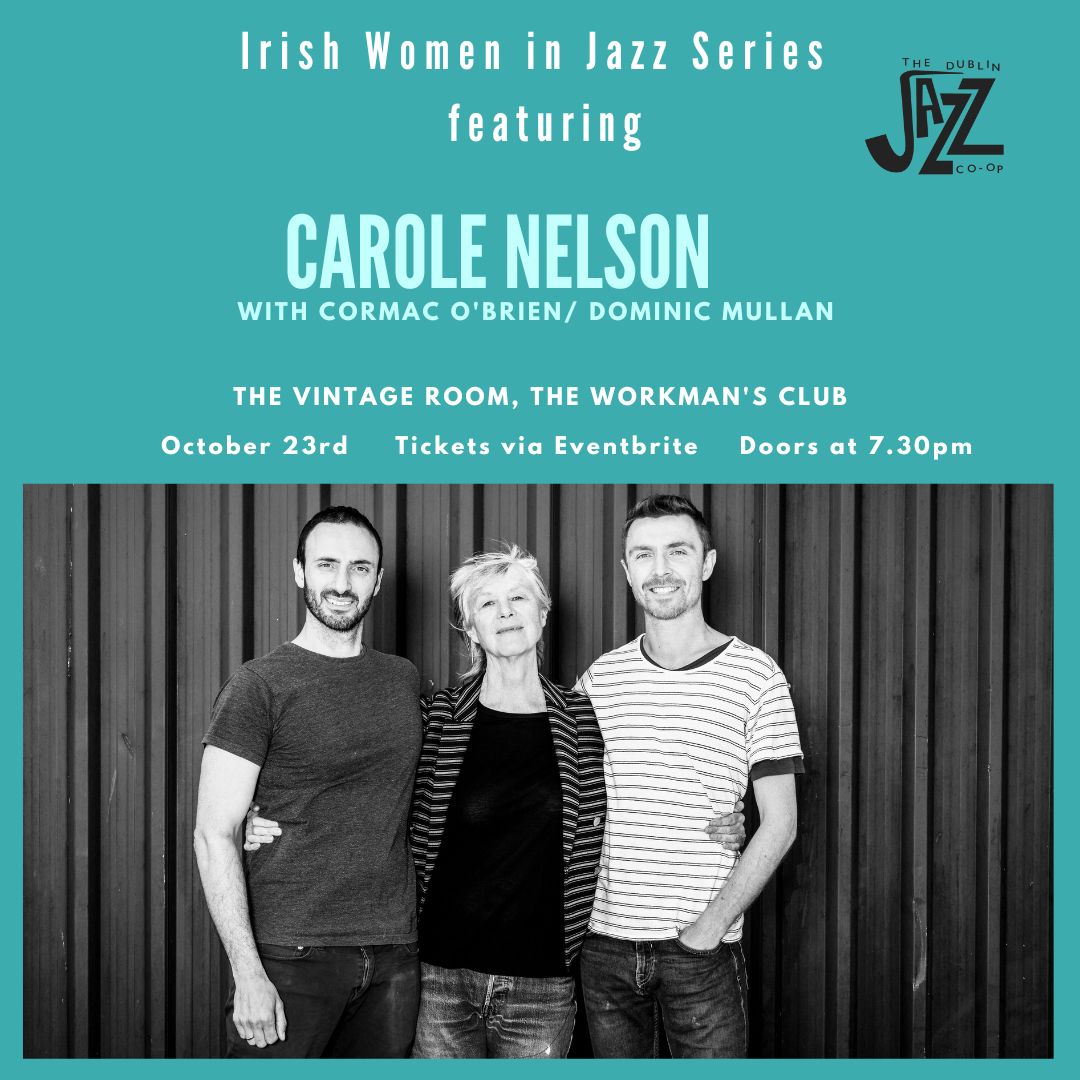 The Dublin Jazz Co-op and Irish Women in Jazz are delighted to welcome the Carole Nelson Trio on October 23 at The Vintage Room.

The Carole Nelson Trio is centered around the composition and piano work of Carole accompanied by Cormac O’Brien on bass and Dominic Mullan on drums. They announced their arrival in 2017 with debut album One Day in Winter, a lyrical journey through a winter’s day from dawn to moonrise at Carole’s house in Carlow. This was followed by their second album Arboreal in February 2020, which wanders through woodland ecology, observing the interconnectedness of life. Arboreal has received accolades including Top Ten Albums of the Year from The Irish Times and Best Album 2020 from All About Jazz Magazine (UK).

“One of Ireland‘s most original jazz composers” Irish Times

“Nelson is, without a doubt, as the refined language of his writing and his playing constantly repeats, a singular voice” All About Jazz
The trio’s third album, Night Vision, released June 10, 2022, moves away from composition towards improvisation as the trio dives deep into creative freedom and finds a new and fearless triadic voice.

The trio will primarily perform music from their 2022 release Night Vision, which debuted at the Bray Jazz Festival in support of the Tord Gustavsen Trio. Tunes from Arboreal and One Day in Winter could also appear. Musically, the trio oscillates between composed pieces and free improvisation – we’ll see what happens that evening!