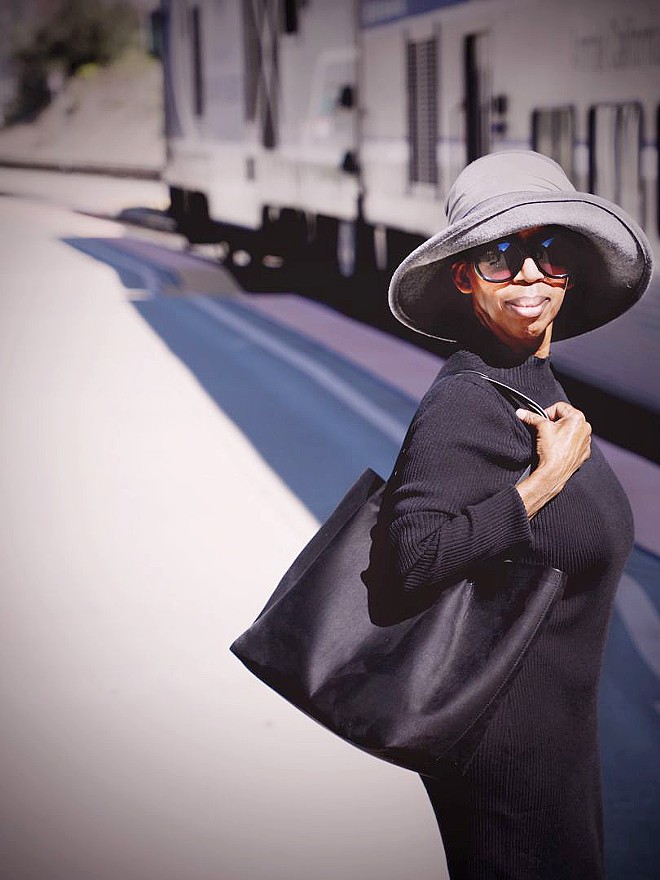 In January 2020, gifted singer Deborah Gilmore arrived in San Luis Obispo just in time for the pandemic to extinguish opportunities for her to perform. Concert halls were closing, she had no connection to the local music scene and, even worse, she was homeless.

Now, two years later, she’s still looking for a permanent place to lay her head, but through hard work and perseverance, she’s carved out a place for herself by first walking down the street, doing then small shows outside of local businesses, and finally mounting a series of well-received concerts at the Penny, a small event space in downtown SLO.

“The show mixes jazz, R&B, [songs made famous by] Sintra, and

songs from the Sean Connery era of James Bond music,” Gilmore explained. “The theme of the evening is love and the experiences of being in love!”

During her two years at SLO, she developed a whole network of musical collaborators and played with some of our best musicians. This show features a particularly outstanding performer.

“Songs include music from all four genres mentioned previously – tunes like Carlos Jobim’s ‘How Insensitive’ and the famous jazz standard ‘Orange Colored Sky’. ‘Sway’ by Michael Bublé and ‘Can We Change the World’ by R&B singer Maysa Leak. Music also by the late Sarah Vaughan, Al Jarreau and George Duke. Sinatra tunes include ‘It Was a Very Good Year’ and ‘You Make Me Feel So Young.’ I also include songs from the Bond movie Diamonds are forever and the “James Bond Theme”. ”

Great music, great musicians and a great cause to help find Gilmore a safe and affordable place to live! This show is brought to you by Gilmore’s production company, Mo Betta Jazz, and she says the show will run for about an hour and 45 minutes. Let’s put her in housing!

Also this week at the Fremont, a concert canceled on June 5 is rescheduled for Sunday March 5when Taj Mahal Sextet Happens (Doors 7 p.m.; all ages; $40-$67 at eventbrite.com). Born Henry St. Claire Fredericks Jr., Taj, now 79, has been a mainstay since he began performing in 1964. The multi-instrumentalist has an unmistakable voice and unique guitar style, and he has received three Grammy Awards, most recently in 2018. for his album Taj Mo, a collaboration with Keb’Mo’. He has also starred in more than a dozen films over the years, starting with Sounder (1972).

“I just want to be able to make the music I hear come to me – and that’s what I did,” Taj Mahal said in press materials. “When I say, ‘I did it’, I don’t come from the ego. The music comes from somewhere. You are just the conduit through which it goes. You are there to receive the gift.”

EDM fans gear up for Said the Sky to Wednesday March 9 (doors 7 p.m.; $28 at seetickets.us). “Playing the piano and various instruments since the age of 8, Colorado native Trevor Christensen offers a fresh perspective on music,” according to press materials. “Bringing a melodic background and a technical background to his work, he is able to capture all that is beautiful in what people call EDM. His music is what he hopes it is, an experience: a captivating blend soulful bass lines and haunting melodies.”

Don’t forget soulful blues and R&B artists Eric Krasno and small son will partner with The Assembly to Thursday March 3to play at SLO Brew Rock (7 p.m.; 18+; $25 plus presale fees at ticketweb.com). 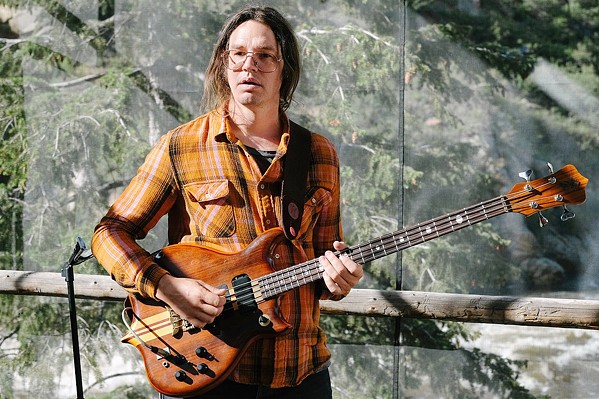 Also, let’s all welcome the return of the Dan Horne’s group with the support of Omar Velasco at the Friday March 4 (7 p.m.; 18 and over; free). Horne is a “cosmic American producer, player and troubadour based in Los Angeles” who released his first solo recording The Motorcycle Song EP, “a four-track song cycle of original instruments and vintage boogie covers” that was “recorded and performed entirely by him during the 2020 High Quarantine”, according to his biography. He puts on a killer, quirky show.

Near the coast in Morro Bay land, Numbskull and Good Medicine are present At the End—The First Linkin Park Experience to Thursday March 3, at The Siren (doors 7 p.m.; 21+; $16 plus fees in presale on eventbrite.com or $18 at the door). The tribute band is made up of music industry veterans. Expect to hear hits such as “Numb”, “Faint”, “Burn It Down” and others.

Numbskull and Good Medicine also bring you Kacy and Clayton to Friday March 4, at The Siren (doors 8 p.m.; 21 and up; $15 presale at eventbrite.com). “We were raised on cattle ranches where we learned to play traditional country music because that’s what everyone wanted to hear,” they explained in press materials.

Glimmering local pop punk powers by the pool Hayley and the grinders title The Mermaid on Sunday March 6with opening acts North by North of Chicago and local act The Bogeys (doors 6:30 p.m.; 21 and over $10 at eventbrite.com). The Crushers are set to increase stakes in SLO Town and move to Motor City, a more central location for the often-touring trio. This is likely to be their last local show before leaving on April 10.

Act based in Monterey Jon Griffin and the Light Fighters play Frog and Peach Pub on Saturday March 5 (10 p.m.; 21 and over). As their bio says, expect a “propulsive sound [that] will shake you from your seat and serve you with these feel-good sounds of yesterday and today. Smashing jaw-dropping guitar hauls, paired with high-octane amplification and deep-rooted back beats, the band transcends musical genres while playing an original blend of blues, rock ‘n’ roll, soul and of southern rock.”

The Live Oak Music Festival is scheduled for From Friday 17 June to Sunday 19 June, at El Chorro Regional Park, and RV hookups are already sold out. Ouch Caramba! It looks like an impressive lineup this year. The acts include Robert Earl Keen on what he says will be his last tour, as well as mother’s hipsthe Delvon Lamarr Organ Trio, Jenny and the Mexicocats, Orgone, Joe Craven & the Sometimers, National Park Radio, Damon Castillo, Southern Culture on the Skids, Steve Poltz, The Riverside, and more. Tickets at liveoakfest.org. Δ