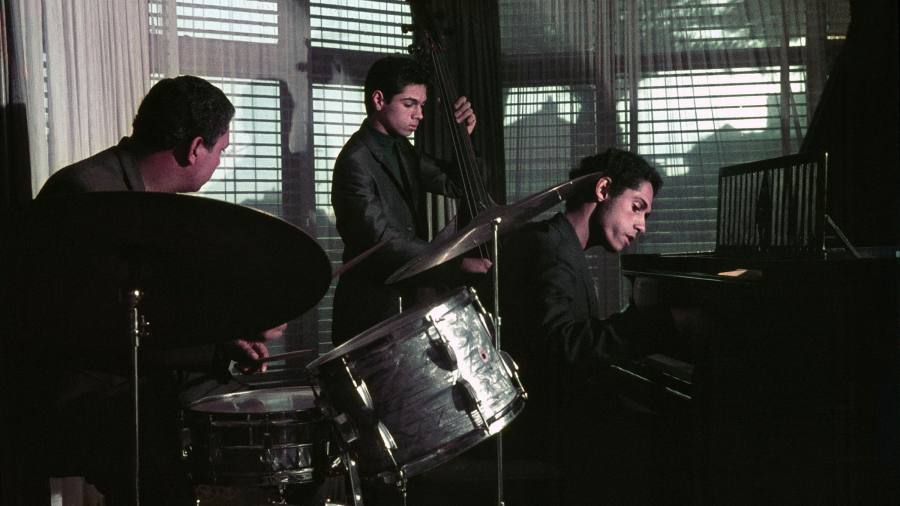 South African jazz took a hit in the early 1960s when many of its leading lights – Hugh Masekela, Miriam Makeba – went into exile, many of them dying before their time. By the end of the decade, however, music was healthier, poised between kwela and marabi influences and mbaqanga and fusion that would characterize the 1970s. Chris Schilder, who took the name Ibrahim Khalil Shihab after converting to Islam in 1975, was part of a musical family in Cape Town. From his teens, he played piano in clubs in District Six, the cosmopolitan enclave that was later forcibly evacuated by the apartheid government. In 1968, aged 22, he was invited to Johannesburg by his younger brother Philly, a bassist, and took the group they had formed on tour in southern Africa. This November (hence the title), they recorded Spring in a single two-hour session in Johannesburg.

The disc had an unfortunate history. The session was rushed – an engineer denied Shihab a second take of a track with a missed note – and the pianist’s contribution was overshadowed by saxophonist Winston “Mankunku” Ngozi, who was riding high on the back of his own beginnings Yakhal’Inkomo a few months earlier. The master tapes were later erased or destroyed in a fire.

Matsuli’s reissue brings the record to life with stunning sonic clarity. The two long showcases, “Spring” and “The Birds”, stretch out with Mankunku’s expressive lines and floating trills in conversation with Shihab’s rhythmic piano. The title track’s cautious promise of hope (“everything recovers from a harsh winter” is the coded message in the original liner notes) has a swing slightly reminiscent of “I Wish I Knew How It Would Feel to Be Free ” by Billy Taylor; when Shihab hits his solo about five minutes later, he has a rippling fluidity in his right hand and a vamp in his left hand that locks in with his brother’s bass and Gilbert Matthews’ cymbals ticking. The band’s days as penniless musicians are alluded to in “The Birds,” with Philly Schilder’s bass a low growl as Mankunku softens to take flight. The walking bass line it resolves into offers the saxophone the ability to move in a blues that echoes early Coltrane, and even more richly flowing in Shihab’s solo.

‘Spring‘ is published by Matsuli