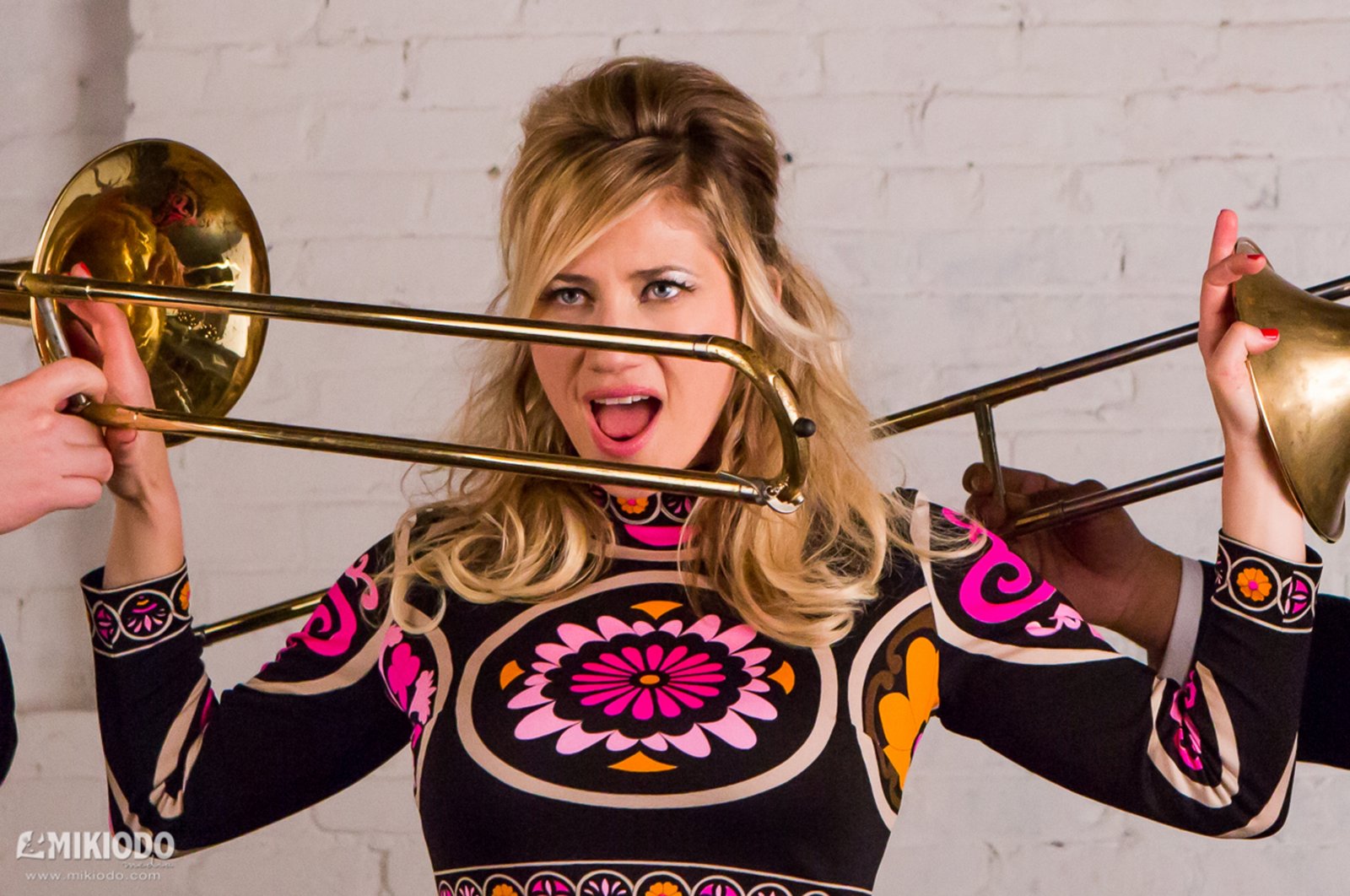 I feel jazz: Istanbul festival to energize the city with dynamic rhythms

Celebrating jazz music and its unifying effect, the Istanbul Jazz Festival will once again sweep the city. A series of exclusive events have been planned for the 28th edition of the festival, which is supported by the Ministry of Culture and Tourism, and will start on September 1 and run until September 24.

Brilliant masters of this sophisticated musical genre will perform throughout the festival’s 24 days, from four-time Grammy Award winner Angelique Kidjo, known as ‘Africa’s first diva’, to European jazz legend Stefano Di Battista . In addition to the free Jazz in Parks concert series, the popular Night Out event will be spread across different stages at Beykoz Kundura, a former shoe factory that has become a cultural venue on the Anatolian side of Istanbul.

The festival will organize nearly 40 concerts and events at outdoor venues in accordance with public health measures against COVID-19.

The Lifetime Achievement Award of the 28th Istanbul Jazz Festival will be awarded to singer TÃ¼lay German. German, who studied with Turkish opera singer Ruhi Su in the early years of her musical career and sang the folk songs she learned with her contemporary performance, recorded “BurÃ§ak Tarlas (” “(” Vetch Field “), which is considered the first success of Turkish pop music, in 1964. While in Paris in 1966, German recorded 10 discs in French.

She has participated in radio and television programs and festivals in many countries from Germany to Brazil and has given concerts in the largest concert halls in France with artists such as Charles Aznavour, Leo Ferre and the Moody Blues. She recorded the album “Tract”, written for her by Turkish musician Ilhan MimaroÄŸlu, in the United States. In 1981, she was deemed worthy of the Grand Prix du Disque of the Charles Cros Academy, which is considered one of the greatest prizes in France, awarded to renowned personalities such as Pink Floyd and Jimi Hendrix.

Her latest album is titled “NazÄ±m Hikmet’s SaygÄ±” (“Homage to NazÄ±m Hikmet”), although the artist stopped performing after a concert in the Netherlands in 1987. The singer still lives in Paris, working as a writer in addition to his musical life.

The stars of the party

The Istanbul Jazz Festival will offer a rich and varied program in venues across the city.

Nitai Hershkovits, whose talents were discovered at a young age and became a leading figure in the jazz scene with his performances with legendary jazz bassist Avishai Cohen in Tel Aviv, will perform on September 2 with his team at Feriye. . Before Hershkovits’ performance, EylÃ¼l ErgÃ¼l, known for her vocal talents, will take the stage with her quartet of Turkish jazz masters, Serdar BarÃ§Ä±n, Ozan MusluoÄŸlu and Ferit Odman. A concert at the crossroads of jazz, folk and progressive music awaits the audience of the 28th Istanbul Jazz Festival.

One of the festival’s most significant concerts will be performed by singer, actress, writer and activist Angelique Kidjo, who is also a UNICEF Goodwill Ambassador and has her signature on the soundtracks of 18 films such as “The Lion King â€andâ€œ Street Fighter. â€Theâ€œ A World Tour With Rhythms â€concert will be held at the Marmara Esma Sultan Mansion on September 6th. Kidjo will fascinate the audience with his flamboyant costumes, high energy, impressive voice and rich melodic structures. Embracing African melodies, soul, funk, rap, samba, reggae, jazz and blues, this concert will depart from Africa, stop over in the Sahara and London, and leave listeners on the calm shores of France.

After Kidjo’s haunting performance, Turkish singer Melike Åžahin will take the stage at GÃ¶ztepe Ã–zgÃ¼rlÃ¼k Park Stage on September 8. After giving over 250 concerts worldwide with BaBa ZuLa for many years, Åžahin began her solo career in 2017. She sang for Tony Gatlif’s film “Djam”, giving an unforgettable concert at the Cannes Film Festival before the world premiere of the film. Åžahin gained popularity with his successive singles and announced his highly anticipated album â€œMerhemâ€ (â€œPomadeâ€) last February. In her performance for the Istanbul Jazz Festival, the singer will invite listeners to seek hope while exploring melancholy while performing songs of “Merhem”.

â€œA Night Dedicated to Ennio Morriconeâ€ will meet music lovers on September 14 at Swissotel The Bosphorus. Stefano Di Battista, one of the foremost alto saxophonists in European jazz today, met conductor and trumpeter Ennio Morricone at the turn of his career. The saxophonist is dedicating his 12-track album “Morricone Stories”, which he released this spring, to Morricone. Battista and his team will commemorate Morricone, who passed away in July 2020, with a repertoire of the soundtracks he composed on stage at the Istanbul Jazz Festival.

The quintet led by Ferid Odman, one of the prominent figures of the Turkish jazz scene, will lead the opening of the event. The ensemble will plunge into the depths of the hard bop world with beloved songs from the albums “Deronia With Strings”, “Autumn in New York” and “Nommo”.

After the evening dedicated to Morricone, Turkish singer Kenan DoÄŸulu, who has enjoyed memorable success throughout 28 years of his musical life, will meet the audience with a brand new concert. As part of the â€œSwing, the Dynamism of Jazz and Kenan DoÄŸuluâ€ concert, the singer will perform songs from his â€œIhtimallerâ€ (â€œPossibilitiesâ€), the first jazz album of his career, on September 15 at the Harbiye Cemil Topuzlu Theater outside. During the event, the artist will present rearrangements of some of his popular songs by ErcÃ¼ment Orkut, Can Ã‡ankaya and Bulut GÃ¼len.

Then, the famous Turkish singer Mabel Matiz will take the stage in front of the listeners with a synth-pop evening. The concert will bring together Matiz, who has played an important role in the transformation of pop music in Turkey in recent years, and Niels Broos from the Netherlands, one of the most creative musicians of recent times. In this project specially prepared for the festival, Matiz will sing his favorite songs, while Broos with energetic synth-pop arrangements will accompany him with a surprise cast. The duo’s concert, which will be on the same stage for the first time, will take place on September 24 at the Harbiye Cemil Topuzlu Open-Air Theater.

The festival’s next performance will host Arlo Parks, who won the BBC’s Artist of the Year award, performing his songs on key festival stages such as Glastonbury and Latitude. Saying that the compass of her songs is poetry, the singer wants to find universal words and combine these words with notes to overcome all language barriers with emotions. While Parks brings listeners to hyper-specific moments through her performance at Beykoz Kundura on September 10, Geeva Flava, known for breaking down walls between genres, will also be on stage the same evening.

AltÄ±n GÃ¼n, who combines classic Anatolian rock songs and folk songs with psychedelic and funk tones, will be the guest of the 28th Istanbul Jazz Festival with songs you can’t resist dancing to. The group, which has been nominated for a Grammy, will be on stage in Vadi Istanbul on September 16. Ahead of AltÄ±n GÃ¼n’s performance, local independent scene favorite Evdeki Saat will take the stage.

After AltÄ±n GÃ¼n, singer and pianist Karsu will sing the legendary works of Atlantic Records, founded by Ahmet ErtegÃ¼n, one of the most important figures in the history of songwriters and record companies. During his concert at the Harbiye Cemil Topuzlu Open-Air Theater on September 20, attendees will listen to Karsu’s renditions of songs from jazz and blues legends, including Ray Charles, The Rolling Stones, Aretha Franklin, the Bee Gees, Led Zeppelin and Eric Clapton. With this concert, Karsu pays tribute to Atlantic Records, from which she was inspired.

Evening outing, Jazz in the parks

Additionally, the “Night Out” concert series will feature six artists at Beykoz Kundura on the evening of September 18th. The artists’ performances will then be broadcast online for viewing by directors of the world’s biggest festivals and events.

Bringing together jazz and nature, the Jazz in the Parks concerts will invite fans of all ages to the various parks of Istanbul. The concerts will be held over five days in five different parks in Istanbul, namely MaÃ§ka Demokrasi Park, Habitat Park, FenerbahÃ§e Park, BeylikdÃ¼zÃ¼ YaÅŸam Vadisi and SanatÃ§Ä±lar Park. The events will feature personalities from the local scene and performances by Young Jazz finalists, as well as Fainscmitz who will give audiences a Vienna breeze, and American singer and musician Lucy Woodward.

Various events such as conferences, meetings, free events for children and record and book fairs will also be organized within the framework of the 28th Istanbul Jazz Festival. You can visit the festival website for more information.