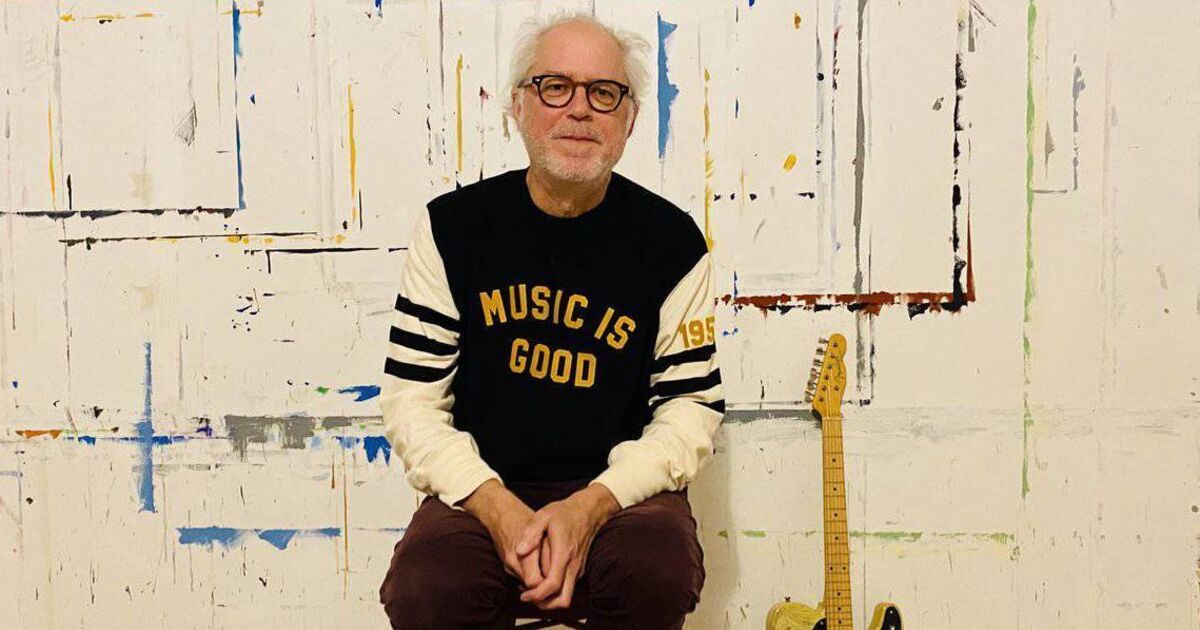 How I Created My Biography of Jazz Great Bill Frisell

While researching my biography of American guitarist Bill Frisell, I requested an interview with Paul Simon, who was coming to Dublin to perform. Frisell and Simon had a loose connection – the guitarist had guested on a track on the legendary singer-songwriter’s 2006 album Surprise, and I had heard that Simon was a huge admirer of Frisell’s work.

The Sony Music press officer in Dublin, however, told me that it was absolutely impossible for Paul Simon to speak to me: he had no album to promote; the absolute worst time to approach him was on a long and arduous world tour; and in all the times he had been in the country, Simon had never, ever given an interview through his record company in Ireland.

I tried to explain that my request was a little different, that I wanted to play Paul Simon some of Bill Frisell’s music, and the PR guy at least promised to forward my email to management of Simon in the United States. A few days later he called me back. “Well, I can’t really believe it,” he began, “because he actually said ‘yes’. Now tell me again – who is this guy, Bill Frisell?”

That’s a fair enough question. Although the answer is not always so simple – not least because, over a period of 45 years, 41 albums as a leader, appearances on more than 300 recordings and countless tours and live performances – Frisell is back in Ireland at the end of this month. playing the Bray Jazz Festival – the guitarist has established himself as one of the most diverse and panoramic musicians at work today.

On one level, 71-year-old Frisell is an accomplished and famous jazz player, composer and improviser. He has been called “jazz guitar’s dream poet” and hailed in The New York Times as “the most important and imitated guitarist to emerge in jazz since the early 1980s.” Frisell has topped the jazz charts and polls and has worked with many jazz greats.

“I’m okay with being described as a ‘jazz guitarist,’ and I respect that, and there’s definitely a lot to do in that form,” Frisell told me. “It’s just that when I think of some of the people who inspired me – Thelonious Monk and Sonny Rollins and Miles Davis – for me, jazz is not so much a style as it is a way of thinking, a process of transformation of what surrounds you.. What bothers me is when the word is used to describe music that excludes something else; it’s like there are these rules that keep people apart. I’m just trying not to exclude anything.

On another level, then, he is so much more than an elder or master of jazz, and his open and adventurous approach to music is an important part of his wider appeal. Frisell’s reach and dedication extend far beyond the free but sometimes introspective boundaries of jazz into a musical world shaped and inspired by a huge range of forms – from bluegrass to pop, Americana to the fore. -garde, from blues to West Africa, from folk to film music. , from ambient to alternative rock, from country to classical.

By integrating and blending all of these styles into his playing and seamlessly synthesizing them into a highly individual sound, the unassuming and mild-mannered Frisell has become the guitar’s most unlikely hero, a gentle agent of change who has inspired others to expand their vision of what jazz and music can be.

Add a sober but evocative technique that values ​​space, form and structure; a very musical approach to the endless possibilities offered by an array of pedals and guitar effects; and Frisell’s enthusiasm for exploring the interplay between music and the visual arts (on stage at Cork Opera House, for example, for a gala screening of Bill Morrison’s film The Great Flood at the Cork Film Festival 2012) – and the layers of meaning and potential of Frisell’s music becomes even greater. “For me, music has always been this world where anything is possible,” he once said.

It is largely for this reason that I decided to write a book on Bill Frisell, to tell his personal and creative story for the first time. After initially discussing the idea, however, at the Kilkenny Arts Festival in 2014, where he was playing a series of concerts as one of its ‘artists in residence’, Frisell said ‘no’. He was cautious and reluctant, perhaps understandable, and he couldn’t imagine what I would write about or that I would have enough material.

The following year though – after we had agreed on matters such as how much access I was looking for ( a lot) and that the book should be entirely independent of him editorially and financially – Frisell finally said “yes”.

Researching and writing took a long time. Frisell has been described as “the favorite guitarist of many people who agree on little in music”, a highly sought after player who has worked with a large number of musicians, both in his own bands and on more than 300 records.

My list of interviewees, both in Europe and the United States, was wide and varied – in addition to Paul Simon, it included Elvis Costello, Lucinda Williams and Marianne Faithfull, and jazz luminaries like Pat Metheny, Jan Garbarek and Jason Moran.

Very early in the process, I also came up with the idea of ​​an unusual three-part structure: the book alternates between narrative, thematic and “counterpoint” chapters – listening sessions in which I play pieces of various Frisell albums, as well as Paul Simon, contributors such as Gus Van Sant, Rhiannon Giddens, Gavin Bryars, Sam Amidon and Justin Vernon/Bon Iver. I conducted one such session with violinist Martin Hayes and guitarist Dennis Cahill in the living room of my house in Cork.

It turned out that Frisell was wrong about the lack of things to write about in his deep and prolific career – 451 wrong pages. Because seven years later, in March of this year, Bill Frisell, Beautiful Dreamer: The Guitarist Who Changed the Sound of American Music was released in style by Faber. Frisell even came from New York to mark the occasion with a special solo concert in London.

Yes, Seven years – although, admittedly, I was not working full-time on the book and the pandemic delayed publication by twelve months. Seven years is also a modest span compared to, say, American critic and biographer Stanley Crouch, who spent more time on his two-volume Charlie Parker life than the 34 years Bird actually lived – and died before he could finish it.

While there were times when I was discouraged and overwhelmed, it was worth each of those 2,500+ days.

It stretched me infinitely more as a writer than anything I had worked on before, and I learned a lot about things like patience and persistence, honesty and good humor. I also learned something about storytelling, about playing and enjoying the long game – about the journey being the thing.

“What the music showed me is that it’s not about a goal or anything,” Frisell told me, in response to a question about the most important lesson. that life has taught him. “You have to feel good about being in the process rather than…expecting some ultimate reward. Just be in it, enjoy it and do the best you can: that’s the whole idea.

The Intercontinentals (2003): Frisell’s “world music album” that I played Paul Simon. Something like a contemporary quilt: multi-layered, collaborative, rooted in various historical traditions and stitched together into an artistic and harmonious whole.

East/West (2005): A thrilling double live album from Frisell exploring and expanding the art of guitar trio, via a fascinating collection of originals, standards, traditional tunes and popular songs. Frisell at its most expressive, joyful, inventive and unpredictable.

The Music IS (2018): Pure and pure Frisell in a studio, solo, with a bunch of great sounding guitars and a selection of his own wonderfully elusive compositions. A model of Frisell’s advanced artistry and appeal – melodic beauty, harmonic depth, sensitivity of touch and suggestion of a myriad of musical selves.