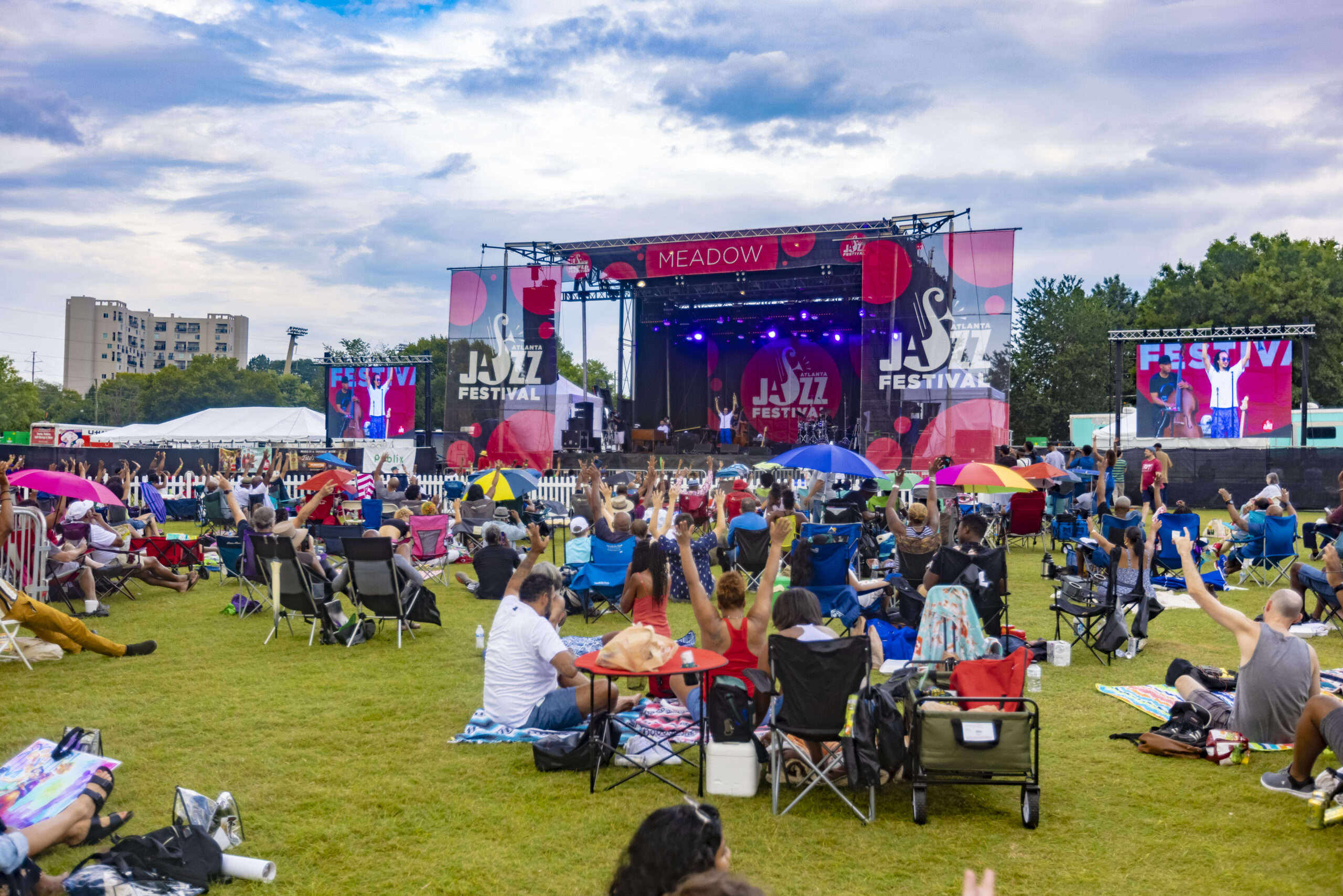 One of the oldest free music festivals, the Atlanta Jazz Festival, is back in person with an incredible lineup. The three-day festival takes place at Piedmont Park over Memorial Day weekend. Headliners include jazz giant Herbie Hancock, emerging saxophone star Masego and some of Atlanta’s great jazz artists. To learn more about the lineup, “City Lights” host Lois Reitzes was joined via Zoom by Camille Russell Love, executive director of the mayor’s office of cultural affairs, and Atlanta-based jazz pianist Joe Alterman, who will perform at the festival.

The Atlanta Jazz Festival has a reputation for attracting dazzling international headliners, but it always returns some love to its local music scene. “We’re always looking to see if there are legends like Mr. Hancock who are available and willing to come and present at our festival,” Love said, “And then we try to create a mix of what I would consider to be emerging jazz musicians who have a national reputation… We don’t have to look far from Atlanta. Many artists are based or born in Atlanta, such as saxophonist Kebbi Williams and singers Kathleen Bertrand and Julie Dexter. now based in Los Angeles, another Georgia native on the bill is Naia Izumi, whose 2018 NPR Tiny Desk concert endeared her to a global jazz- and soul-loving audience.

Local luminary Joe Alterman expressed his excitement about joining the festival lineup, saying, “When I was living in New York, people were talking about the Atlanta Jazz Festival, and that’s something I am really proud that exists in Atlanta. And it’s just an honor to attend and a special honor to be a part of it. He will perform several original compositions and some selections from his jazz heroes and friends, such as Les McCann and Ramsey Lewis.

There are a few notable differences regarding this year’s festival, as Love explained. “We are extending the festival to three days instead of two days, and we are also concentrating all the performances on one stage. We’ve heard in the past that having a lot of performers is great, but people waste time and can’t see the performances because they’re navigating from stage to stage. This year’s generous three-day on-stage issue neatly nips the issue in the bud, and audiences can revel in a unified experience without scrambling to see it all.

The festival remains, as always, free and open to the public. Love spoke of new Mayor Andre Dickens’ commitment to tradition, saying, “One of the primary goals of our office is to ensure that the people of Atlanta have access to high-quality cultural experiences, and that keeping the Atlanta Jazz Festival this way provides access, democratic access, for anyone who wants to come.”

In addition to the main stage events, the Mayor’s Office is working with MARTA and several other local venues to present “31 Days of Jazz,” a month-long celebration that began May Day. It ends with the official performances of the festival on May 28. 30 at Piedmont Park. For more information on the Atlanta Jazz Festival and this month’s live events across the city, visit atljazzfest.com.

LeAndra and Sharon at the North Shore Jazz Up Festival