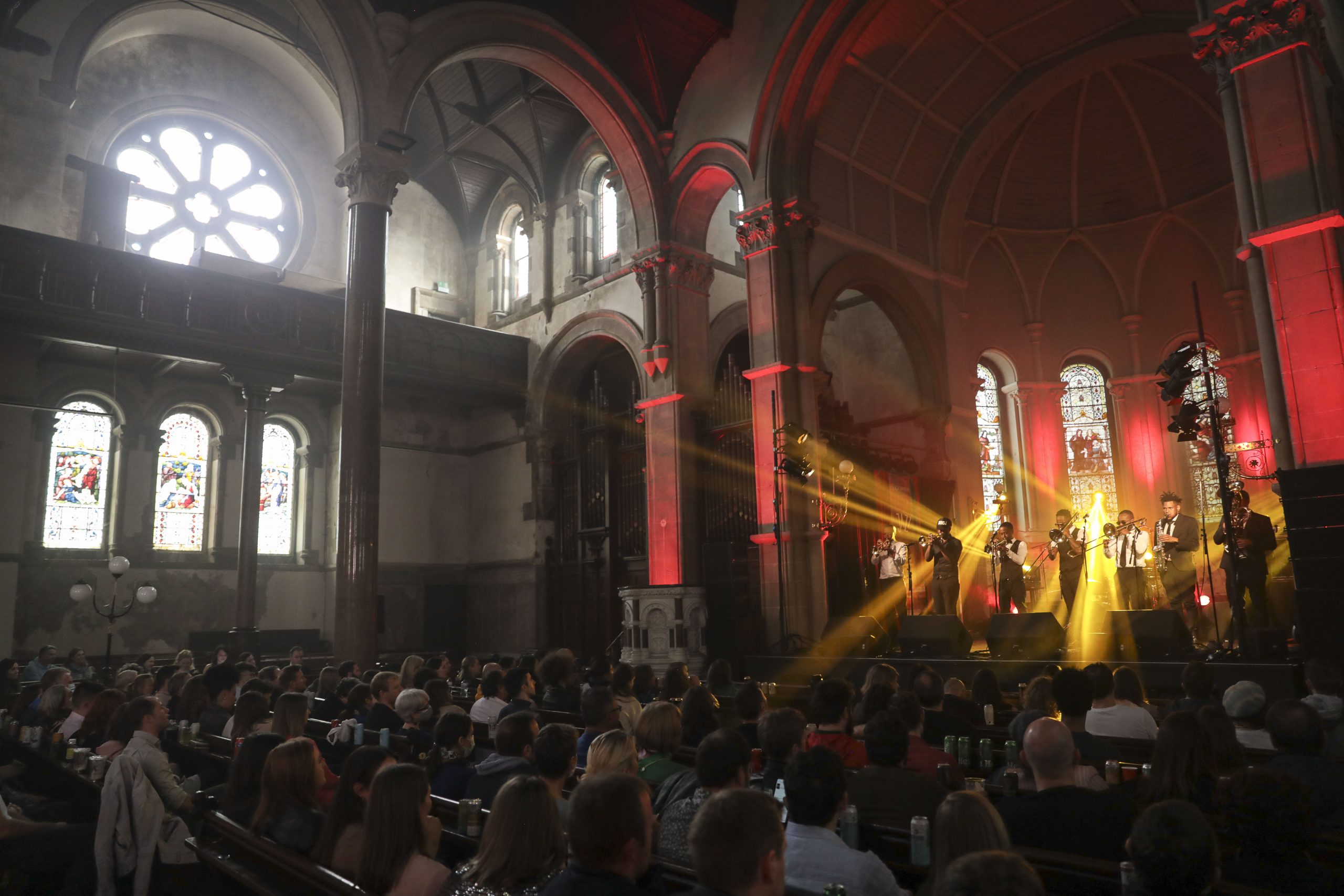 Not just a Cork first, but a world first, Chuck Stewart’s collection of photographs has been carefully curated over the past four years to debut at the Guinness Cork Jazz Festival. There ““We Got the Jazz” Photography Exhibition presents the work of the African-American fine art photographer, recognized as the most important musical photographer of the 20th century. He will be free to see from 11 a.m. to 5 p.m. Friday/Saturday/Sunday and Monday. Each evening there will be a paid immersive experience that people are invited to attend with special performances by harpist Brandee Younger, in Corks oldest church – St Peter’s Church. Chuck’s family will be present for the launch of the exhibition. Tickets available here.

The exciting addition of ‘The Jazz Boat’ with music by Jerron ‘Blindboy’ Paxton. The 32-year-old global blues, jigs, reels and ragtime sensation hails from Compton, Los Angeles and will be the star of this boat tour. Sailing through the scenic spots of Cork Harbor and with only 70 tickets available, seats will sell out fast. Limited number of tickets available here

Three new events have been announced for Live at St Luke’s, a unique venue that was a former church:

Two new acts have been announced at Triskel:

Other must-see acts this holiday weekend include:

Festival-goers can optimize their festival experience and make sure to reach the best music venues by consulting the map Guinness music trail which offers music for all appetites. Partygoers will experience everything from ska to swing and jazz to brass, as the trail takes you to more than 60 venues across Cork City, Douglas and Kinsale, hosting an impressive array of jazz acts from across the country. Ireland and elsewhere.

Established in 1978, the festival has stood the test of time and is now in its 43rd year. The Guinness Cork Jazz Festival has gone from strength to strength over the decades, bringing a world class offering to the banks of the Lee which over the years has included a stellar constellation of jazz legends from Ella Fitzgerald, Herbie Hancock, Dave Brubeck, BB King and Dizzy Gillespie, to Ronnie Scott, George Melly, Cleo Laine and Sonny Rollins.