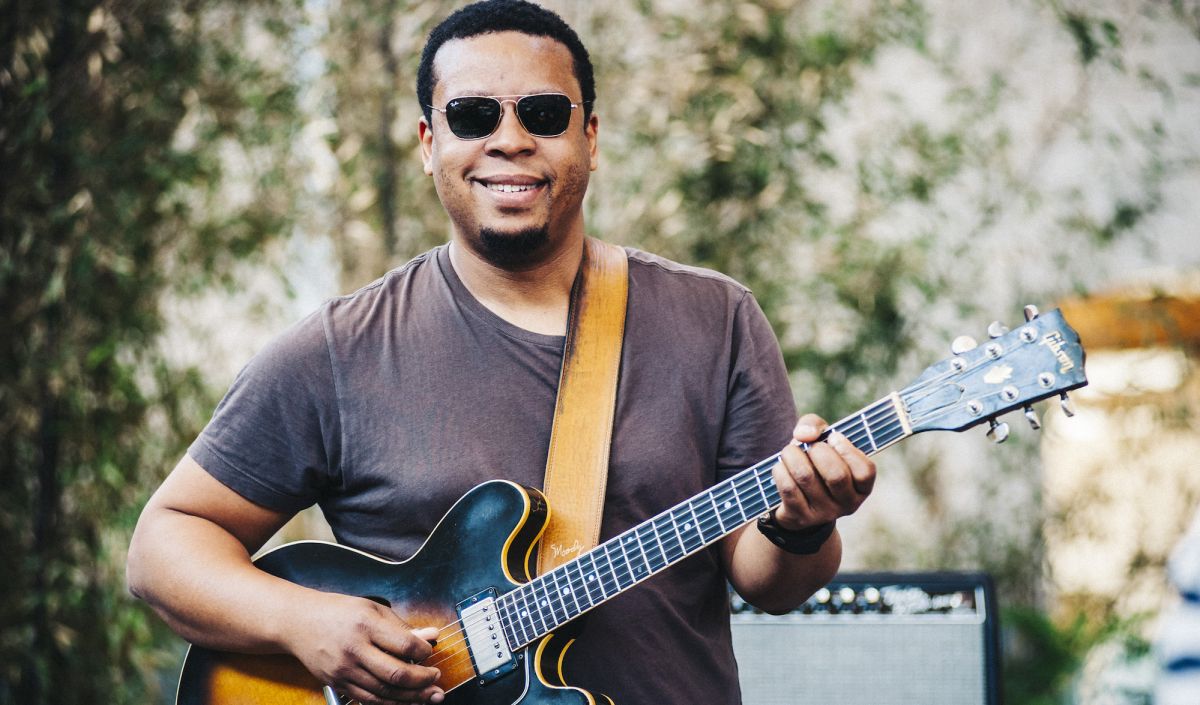 People in the United States will soon be gathered around voluminous platters of turkey, stuffing, mashed potatoes, pumpkin pie, and the like. But it’s for next Thursday.

For this Thursday we have a blood pressure-lowering ambient jazz odyssey of Jeff Parker, a light-speed bluegrass feast from Molly Tuttle, a grinder tinged with EDM and hip-hop from We Came As. Novels, a grungy and incredibly catchy issue of Mom, and so much more.

So, before you jump into your Thanksgiving feast, if you’re celebrating, immerse yourself in these tasty new tunes.

It is beyond the cliché to say of an artist: “they never let themselves be painted in a box. If this description of death could ever be applied to a single guitarist, it could be Jeff Parker.

Whether he’s playing with Tortoise, in session, leading his own band, or playing solo, Parker brings with him an ingenious sense of space and a delicate melodic touch.

Suffolk – the first single from his next album of compositions for solo guitar, Forfolks – is similarly carried without borders, a magnificent expression of joy and musical exploration guided by the guitar.

Built on a series of light and airy keyboard tape and drones, Suffolk is full of great improvised games. There is a bit of be-bop notch in the looping guitar figure which gives the song its choppy, border-pushing dynamism and classic jazz elegance in the chords and some of the main lines, with the spirit of free form of more experimental influences never too far away.

With his leisurely pace and calm demeanor, Suffolk really sneaks up on you like an improvisational masterpiece. Come for tranquility, stay to lose yourself in the song’s many hypnotic guitar layers. (JM)

Animals as Leaders – The Problem of Other Spirits

It has been a long time since we had a solution of new animals as leaders, and although Monomyth helped dampen fan impatience earlier this year, today’s announcement that the acclaimed prog metal trio will release their first album in five years next March was received with enthusiasm.

The problem of other minds, the second single from Parresia, succeeded in making bearable an additional five-month wait. Led by Tosin Abasi’s sought-after lead tones and backed by a relentless arpeggiated synth, the trio weave their way through two and a half minutes of sheer progressive bliss.

Offering the best of what they have to offer – melodic percussion passages, selectively assembled solos, meaty chugs and kaleidoscopic backline soundscapes – Animals As Leaders sound like they’re on a mission to make the gain deserves a five-year wait, and we’re already well on our way to being won over by the rhythmically intriguing and delightfully assembled single.

Parresia has all the ingredients of a fierce album, even if it requires a little more waiting before its eventual arrival. But hey, after patiently waiting five years, the next five months will be a snap … we hope. (MO)

Rap on metal is a combination we’ve seen work time and time again – think any nu-metal heavyweight: Limp Bizkit, Slipknot, Linkin Park – but on their latest single, Daggers, We Came As Romans offers its own take on this proven mix of genres.

A certified pit spinner, Daggers kicks off with an overwhelming riff courtesy of guitarists Joshua Moore and Lou Cotton, and a subsequent verse and chorus section led by singer David Stephens, before Pennsylvania-born rapper Zero 9:36 adds a long verse injection of hip-hop / bare metal in the mix.

This one is relentless, and we can’t wait to see the Michigan metalcore band take the stage on their upcoming 2022 tour with Senses Fail. (SR)

One of New Grunge’s best-kept secrets, Momma has quietly built a formidable catalog of bittersweet guitar hymns, and the New York-based band’s latest single – and the first for Polyvinyl Record Co./Lucky Number Music – keep that momentum up. .

Medication once again showcases the sparkling arpeggiated guitar interaction between Etta Friedman and Allegra Weingarten, but elevates their basic sound to new heights with a frantic, downward-directed chorus that signals big things. (MAB)

Due to her dual contribution to cover efforts last year, it’s been a while – almost two years, to be precise – since we’ve heard any original material from Molly Tuttle. It was until today, when the virtuoso of acoustic playing gave up she will change – an energetic two-and-a-half-minute bluegrass masterpiece.

With the support of a who’s who of Nashville musicians, Tuttle takes the opportunity to pay tribute to the “musical women who helped me find my own voice,” and does so in a huge way. This is a piece by Tuttle, which means the inclusion of impressive guitar work is a no-brainer, although the fast-paced nature coupled with the flawless acoustic sounds make it a must-have listening experience.

Listen intently and you’ll hear the strings bounce off the board to deliver devastating undertones, as Tuttle unabashedly launches himself into a barrage of licks and quick melodies, as well as an extended solo fully populated with perfectly articulate notes.

There is more than one reason to get excited about she will change, however, other than the generosity of top notch sleeve work. This is actually the first track taken from Tuttle’s upcoming studio album – his debut with Nonesuch Records – which will arrive early next year. (MO)

All three tracks released from their next LP so far – Pure life unfolds, Breaking the rules of Heavy Metal and now Diamanti – present the next evolutionary step for Temperance, pillar of Italian symphonic metal.

Diamanti, at times, plays like metal-inspired film score – music that would accompany a valiant hero saving the world, naturally. And if that were the case, the 3:05 am blackout – in which Pastorino participates in a massive call-and-response line with the string section – would accompany a carefully choreographed fight between the hero and his nemesis. At least that’s how it is understood. (SR)

Me and this man – Under the spell

Those unfamiliar with Me and That Man’s work might be surprised at the sound of Nergal’s side project. The band – which the Polish musician leads when he doesn’t tear up stages and spit fake blood on crowds with extreme metal titans Behemoth – have just released their latest single, Under the spell.

Forge – who apparently described a rough mix of the track as having a “rockabilly / Motörhead vibe king” – invited Nergal to his personal studio in Sweden to record the track. And the rest, says Nergal, is history. (SR)

Jamie Lenman – Television Is Not Your Life

Formerly of the always underrated alternative rockers Reuben, Jamie Lenman is somewhat of a cult hero in his native UK, and for his latest single single, set himself the daring task of wrapping up a track live, in the studio, on all instruments. , in one take. Spot ingenious pedal-operated tambourine and cymbal work and rapid-fire instrument swaps.

It’s a maverick move, but Lenman’s ambition is rooted in his ever-reliable quick wit and big drop-D riffs, performed on his trademark Yamaha Pacifica and, surprisingly, an Ibanez Paul Gilbert Fireman. (MAB)