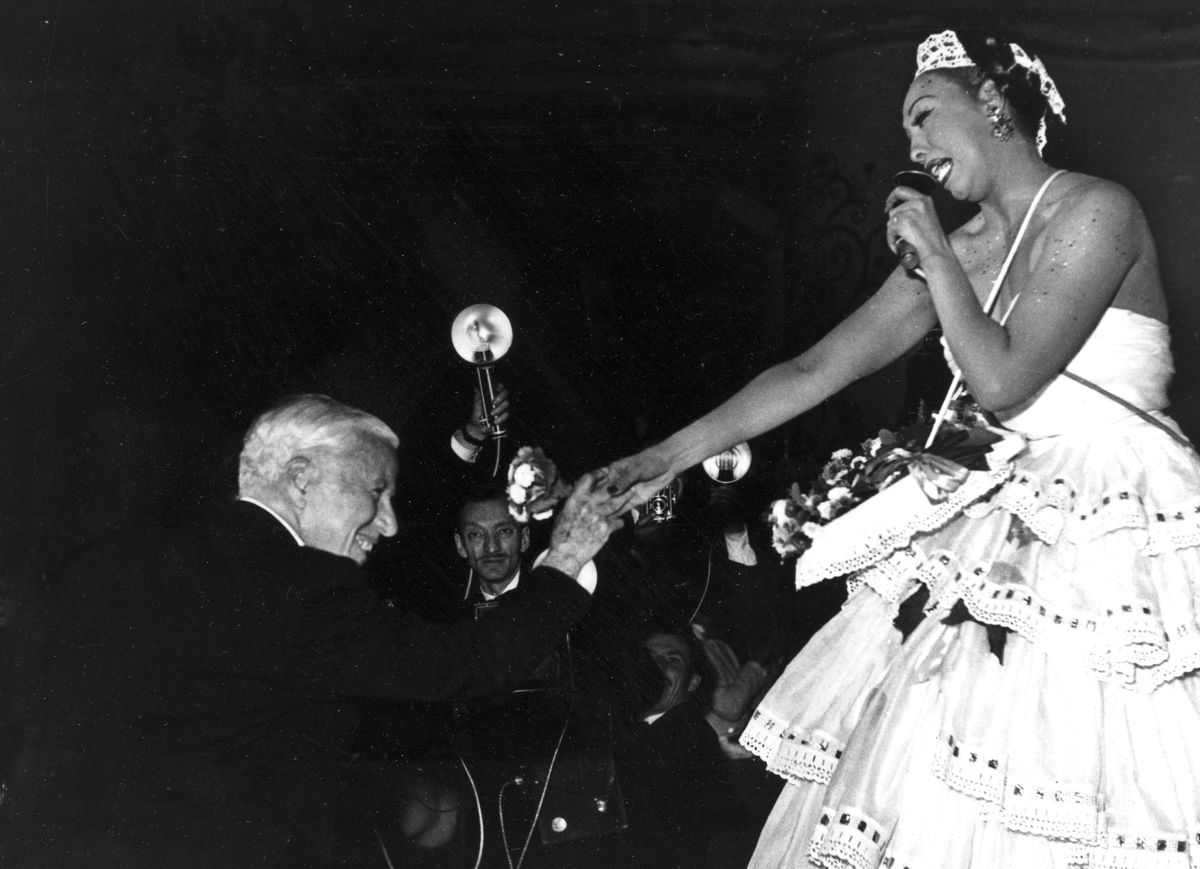 France pays tribute to jazz legend, resistance fighter Joséphine Baker, with her induction into the Pantheon

France inducts Joséphine Baker – a Missouri-born cabaret dancer, French WWII spy and civil rights activist – into its Pantheon, the first black woman to be honored in the final abode of France’s most revered luminaries.

On Tuesday, a coffin carrying land from the United States, France and Monaco – places where Ms Baker made her mark – will be laid inside the domed monument of the Pantheon overlooking the left bank of Paris. His body will remain in Monaco, at the request of his family.

French President Emmanuel Macron decided to enter the Pantheon by responding to a petition. In addition to honoring an exceptional figure in French history, this decision aims to send a message against racism and to celebrate American-French ties.

“Above all else, she embodies the freedom of women,” Laurent Kupferman, the author of the petition in favor of the move, told The Associated Press.

Mrs. Baker was born in 1906, in St. Louis, Missouri. At 19, having already divorced twice, had relationships with men and women and started a career as an actress, she moved to France following a job opportunity.

“She arrived in France in 1925, she is an emancipated woman, taking her life in hand, in a country where she does not even speak the language,” said Mr. Kupferman.

She met immediate success on the stage of the Théâtre des Champs-Élysées, where she appeared topless and wearing a famous banana belt. Her show, embodying colonial-era racist stereotypes about African women, sparked both condemnation and celebration.

“She was that kind of fantasy: not the black body of an American but of an African,” said Ophélie Lachaux, spokesperson for the Théâtre des Champs-Élysées. “And that’s why they asked Josephine to dance something ‘tribal’, ‘wild’, ‘African’.”

Ms. Baker’s career took a more serious turn later, as she learned to speak five languages ​​and toured internationally. She became a French citizen after her marriage in 1937 to industrialist Jean Lion, a Jewish man who subsequently suffered under the anti-Semitic laws of the collaborationist Vichy regime.

In September 1939, as France and Britain declared war on Nazi Germany, Ms. Baker contacted the head of the French counterintelligence service. She began working as an informant, traveling, connecting with officials and sharing hidden information about her scores, according to French military records.

Researcher and historian Geraud Letang said that Ms Baker lived “a double life between, on the one hand, the music-hall artist, and on the other hand, another secret life, which subsequently became completely illegal, intelligence officer “.

After the defeat of France in June 1940, she refused to play for the Nazis who occupied Paris and settled in southwestern France. She continued to work for the French Resistance, using her artistic performances as cover for her espionage activities.

That year, she notably brought into her troop several spies working for the Allies, allowing them to travel to Spain and Portugal. “She risks the death penalty or at least the harsh repression of the Vichy regime or the Nazi occupier,” Letang said.

The following year, gravely ill, Baker left France for North Africa, where she gathered intelligence for General Charles de Gaulle, including spying on the British and Americans – who did not fully trust her and did not share not all the information.

She has also raised funds, including from her personal money. It is estimated that she contributed the equivalent of 10 million euros ($ 14.5 million) to support the French Resistance.

In 1944, Ms. Baker joined a women’s group in the French Liberation Army Air Force as a second lieutenant. The group’s logbook notably mentions an incident in 1944 off the coast of Corsica, when Senegalese soldiers from colonial troops fighting in the French Liberation Army helped Baker out of the sea. After his plane had to have to making an emergency landing, they brought “the castaways to the shores, on their broad shoulders, Josephine Baker in the front”, writes the logbook.

Ms Baker also organized concerts for soldiers and civilians near the combat zones. After the defeat of the Nazis, she went to Germany to sing for the former prisoners and deportees released from the camps.

“Baker’s involvement in politics was individual and atypical,” said Benetta Jules-Rosette, a leading scholar on Ms. Baker’s life and professor of sociology at the University of California at San Diego.

After the war, Ms. Baker became involved in anti-racist politics. She fought against American segregation during a performance tour of the United States in 1951, which led to her being targeted by the FBI, labeled a communist and banished from her homeland for a decade. The ban was lifted by President John F. Kennedy in 1963, and she again became the only woman to speak during the March on Washington, before Martin Luther King’s famous “I Have a Dream” speech.

Back in France, she adopted 12 children from all over the world, creating a “rainbow tribe” to embody her ideal of “universal brotherhood”. She bought a chateau and land in the town of Castelnaud-la-Chapelle, in southwestern France, where she attempted to build a town embodying her values.

“My mother saw the success of the Rainbow Tribe because when we were causing trouble as children, she would never know who did it because we never made fun of each other, risking punishment. collective, ”said one of Ms. Baker’s sons, Brian Bouillon Baker. , AP said. “I heard her say to friends, ‘I’m crazy that I never know who causes problems, but I’m happy and proud that my children are united.'”

Towards the end of her life, she encountered financial problems, was evicted and lost her possessions. She received support from Princess Grace of Monaco, who provided Ms Baker with accommodation for her and her children.

She rebuilt her career but in 1975, four days after the triumphant opening of a return tour, she fell into a coma and died of a brain hemorrhage. She was buried in Monaco.

While Ms Baker is widely regarded in France, some critics of Mr Macron wonder why he chose a figure of American descent as the first black woman in the Pantheon, instead of someone who spoke out against racism and colonialism in France itself.

The Pantheon, built at the end of the 18th century, honors 72 men and five women, including Mrs. Baker. She joined two other black figures in the mausoleum: the Gaullist resistance fighter Félix Éboué and the famous writer Alexandre Dumas.

“These are people who are committed, especially to others,” said Pantheon administrator David Medec. “It’s not just excellence in one area of ​​skill, it’s really a question of commitment, of commitment to others.

Our Morning Update and Evening Update bulletins are written by the editors of The Globe, giving you a concise summary of the day’s most important headlines. register today.