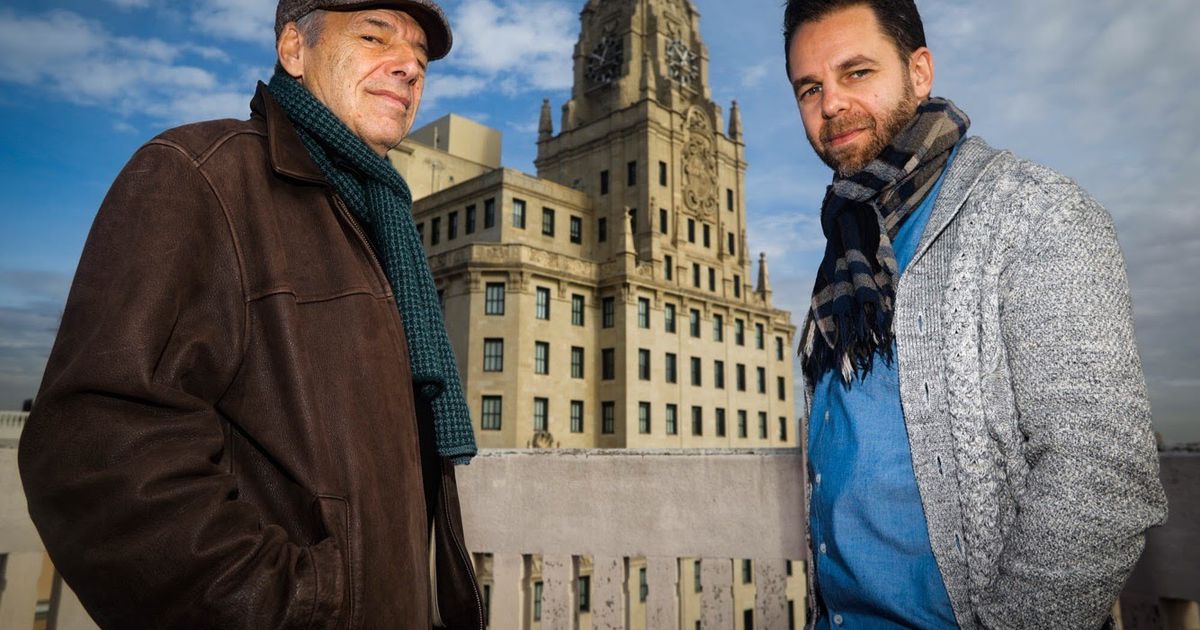 In his musical life he has also lived this history, touring with the Rolling Stones, writing and recording with Steve Miller’s band, producing Mose Allison and Van Morrison records, and playing, performing and recording music. jazz with his son, Leo.

The life he created with Leo is a direct response to the life he was denied with his father, a dapper but absent-minded man, who never saw Ben become a professional musician, who disengaged from his family and died early and embittered, an aspiring writer who became chained to writing publicity copy.

Leo Sidran started composing songs and getting on the tour bus even before his bar mitzvah. Photo: Leo Sidran

Leo Sidran started composing songs and getting on the tour bus even before his bar mitzvah. Photo: Leo Sidran

Leo said: “I grew up with my grandfather’s ghost, around me, how he impacted my father, his untimely death, how Ben had to grow up on his own.”

“When my dad died, he left behind an empty wallet and a stopwatch,” Ben Sidran said, speaking on the phone from that same house in Madison. “He left nothing behind. Absolutely, when I saw Leo’s face appear the day he was born, I knew I was going to be a different father.

The difference is dramatic: Ben and Leo’s lives are wrapped around each other. They tour and record together. They “bubbled” together during the pandemic. And for a few weeks each summer, Leo and his 11-year-old daughter, Sol, leave their New York home to stay with Ben and Judy Sidran in Madison, where he can sometimes hear the lions roar in the nearby Henry Vilas Zoo.

“For most of my life, my dad was my best friend, and he would say the same about me,” the son said. “It’s not something you can manufacture. It’s intentional. He was lucky and I was lucky too. It worked and we loved and learned from each other. We are excited by what the other person is doing.

Leo started playing and writing music at the age of six. As a teenager, he disappeared into his home studio every day after school and all day on weekends. Ben had an ongoing relationship with rocker Steve Miller (he wrote the lyrics to “Space Cowboy”) and 16-year-old Leo contributed four songs to Miller’s 1993 album “Wide River.”

Leo imitated his father, but it’s fair to say that they imitate each other. Ben has taken over the guitar, like his son, and will add it to the mix on the August 25 show.

They both made a habit of interviewing fellow jazz musicians, Leo for his “Third Story” podcast and Ben for his long-running NPR programs “Sidran on Record” and “Jazz Alive.” (Sixty of Ben’s taped interviews have been collected in a 24-disc box set titled “Talking Jazz – An Oral History”.)

As he headed to the zoo to meet his daughter, Leo spoke on the phone about his unusual upbringing, writing, recording and touring as a professional musician in high school, turning into a “mini -adult”. His father, who “wanted to have a second chance at childhood, got it by being almost like a kid with me. We met in the middle.

In his painful but engaging memoir, “A Life in the Music,” Ben writes of his performance with Leo: “I was no longer the father, no longer the cop or the guy who was supposed to have all the answers. I was just the keyboard guy and he was just the drum guy and it either rocked or it didn’t. Music was the great leveler for us, a way to stand face to face and look each other in the eye.

Although he didn’t write a set list (“I don’t do that”), part of the Atlanta Story Center show will likely involve Ben and Leo interviewing each other and Ben will likely describe his first influences, the hard-bop piano trios of Horace Silver and Bobby Timmons, and above all the ironic and concise writing of Mose Allison.

Ben produced several of Allison’s albums, and Sidran’s unstudied vocals and thick piano lines echo the Allison touch. “He was one of the people who, when I was 16 and 17, saved my life,” Ben said. “I heard one of his records and knew there were places to go and people to see.”

With the pandemic waning, the Sidrans also have places to go. They toured Paris, Madrid and London in May and June, and are happy to be back on the road.

Fans feel the same. “Everyone realized it wasn’t the music they were missing: it was the musicians,” Ben said. “It was the blow and the people, the life. We’re never going to go back to how it was, but, having survived it, music is definitely a healing thing for people.

“An Evening with Ben and Leo Sidran”

7:30 p.m. on August 25; $15 to $50. Atlanta History Center, 130 W. Paces Ferry Road, Atlanta. Sidran’s concert is part of a “Side by Side” series presented by Neranenah in collaboration with the Breman Museum. Also in the series are a screening of the documentary “Live at Mister Kelly’s” (with a score by Neranenah executive director Joe Alterman) August 21 at the Plaza Theater; and a “Musical Shabbat” at the Margaret Mitchell House, with the Hello, Goodbye & Peace Ensemble on August 26.